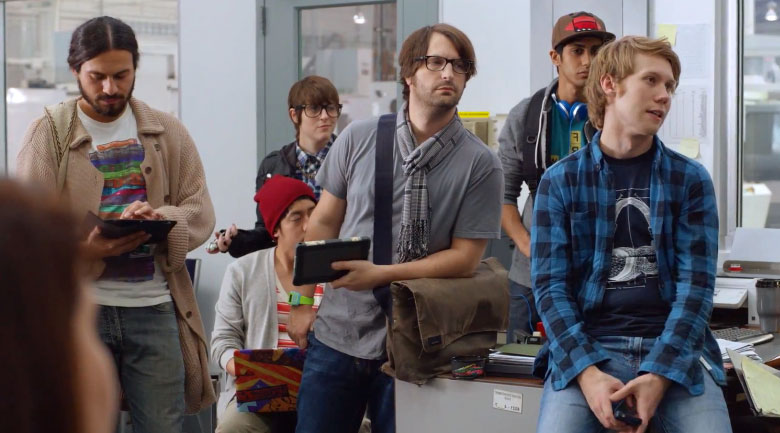 In a new video launched for web and television, FedEx implies that social media is an intern’s job and that digital efforts are silly and pointless, therefore, small businesses shouldn’t focus on social networking, rather on the product or service they offer, and of course, they should use FedEx services to expand their business instead.

While the ad touches on the truth that many social media guru ninja sensei warriors are little more than unemployed flunkies (that charge big bucks to tell people how to set up a Facebook page in hopes that “likes” will magically convert into paying customers), it instantaneously mocks an entire industry, including their own social media team:

Hypocritical: FedEx is highly invested in their own social media

For three years, Renee Horn was the Director of Digital and Social Media Engagement at FedEx Services before moving on recently to USAA. Interviewed by PRDaily, she explained that the company had accepted social media as a policy and were even forward-thinking enough to instill in the team that the social media efforts belong to consumers, as they were using the social media platforms to connect with consumers, engage employees, and of course, manage crises.

Horne noted that in order to get its employees on board with social media, FedEx’s team realized they needed to go a lot deeper than just one hourlong workshop. So team members ended up developing an online curriculum with 17 courses. In about 18 months, more than 500 employees had completed the coursework.

“This is probably one of the best investments we could have ever made,” she said.

The 30 second ad spot conflicts with the message sent internally by FedEx to employees, hundreds of whom were required to take extensive social media education, and several of whom were sent to conferences to speak about their social media efforts, and so forth.

Additionally, the company clearly spent a great deal of time, money, and energy into the creation of and promotion of The Enchanted Forest Facebook app which allows users to interact and learn more about how environmentally friendly FedEx is. The company is present on all social networks and have teams monitoring and interacting there.

Ad is puzzling at best, insulting at worst

The hypocrisy between their television ads and how much they’ve invested in their social media is puzzling at best and insulting at worst. Not only has the company demeaned their own social media team, equating them to 19 year old idiots, but they have insulted social media strategists and companies using social networking in their marketing, not to mention the target audience itself. While many social media “experts” are in fact as ignorant about social media as the kids shown in the video, the ad seems senseless and aimed more at getting a laugh and an eye roll than engaging customers.

Alternatively, is this the work of an ad agency using FedEx’s brand and notoriety to push its own agenda with competitors, namely digital media firms? Also hypocritical is the fact that the advertising industry was slow to adopt social media and engaged social media persons to help with many modern campaigns.