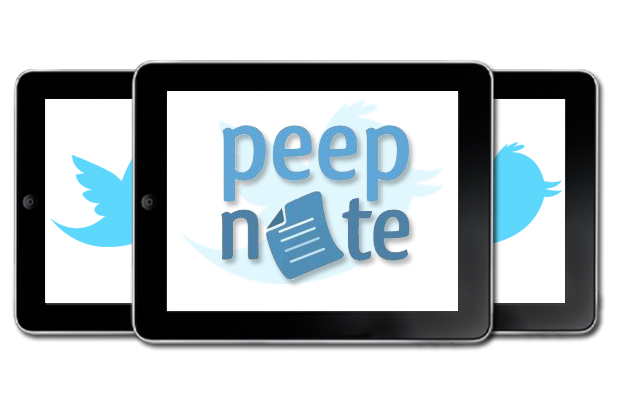 There are many tools for email that allow you to organize contacts, label them, take notes, and keep lists, but Twitter has not offered much in the way of organizing contacts within their own system. Because of this, PeepNote which came to be at a programming competition in 2009.

PeepNote was designed to help Twitter users keep track of contacts which is especially useful for power users. The service allows you to keep notes on Twitter contacts, be they personal notes, professional information or follow up notes. PeepNote offers a field to enter the reason you have followed someone to avoid the common “why did I follow them?” question months later when you have failed to interact and remember why you connected.

Tired of a contact tweeting about the music they’re listening to or have decided to tweet nothing but recycled inspirational quotes? The service also offers a “reason you stopped following this user” field so you can remember why you stopped following someone. This can be used as a reference later and serve as a reminder or perhaps even be resolved at a later date.

PeepNote lets you keep track of users, even if you are not following them as notes apply to all users regardless of connection.

The service is also used as an organizational tool as you can add tags to any user, then filter your Twitter connections by the tags which is similar to lists within Twitter but is searchable from within the system not only of tags but of notes, so keeping users in line is made easier.

“Who was that guy I met at the mixer last spring? He said he may want to talk to me this year and all I remember is that I took a note that he is a plumber.” Search your notes and tags for plumber and boom, you found him. “Why am I not following her anymore?” Pull her profile up two years later and boom see your note that she was the lady who continued to copy and paste your professional blog content into hers as her own. “Where did I meet this person?” Pull their profile up to see that you met at a conference four years ago while drunk and haven’t talked to them since and maybe there is now a reason to connect or disconnect.