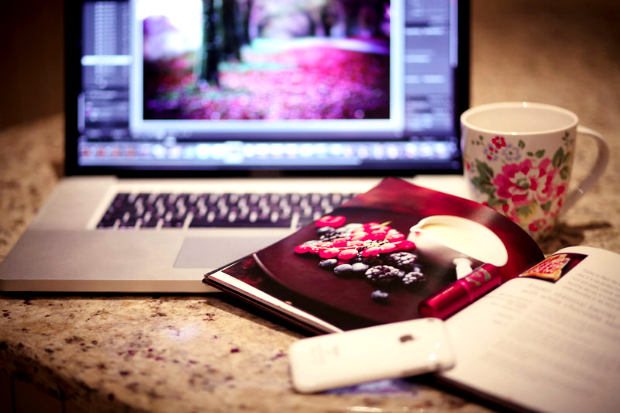 According to the new Pew Internet and American Life Project, two-thirds of online adults (66%) use social media platforms such as Facebook, Twitter, MySpace or LinkedIn with two thirds saying their primary consideration in adopting social media tools is to connect with family members and friends, old and new. 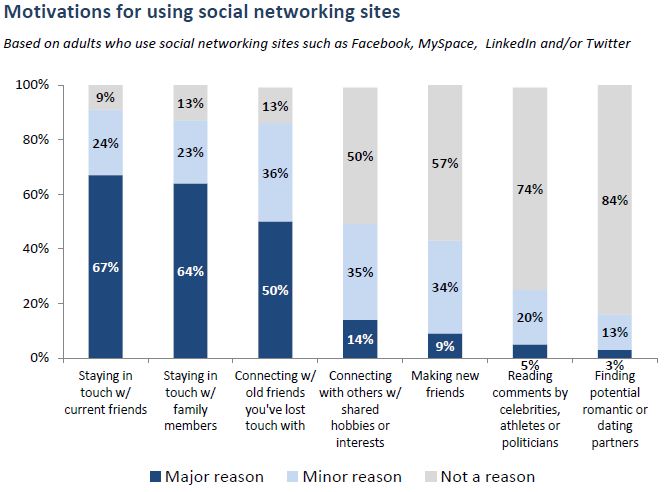 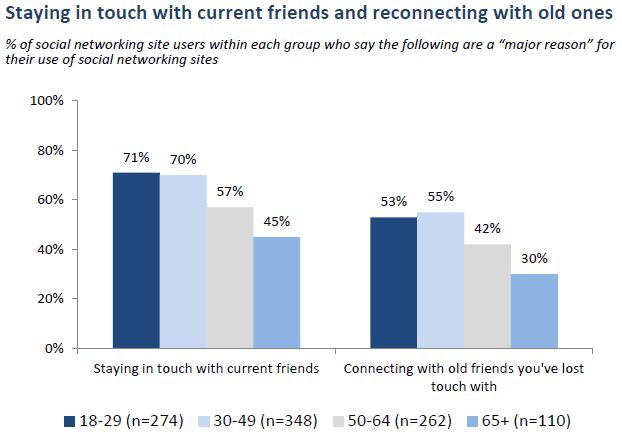 Ninety one percent of users did not say that making new friends is highly important, also contradicting many experts’ keynote speeches, but supporting many theories is the finding that only five percent of social media users cite finding a potential romantic partner as a major factor and only three percent are using the platforms to read comments by public figures and celebrities. 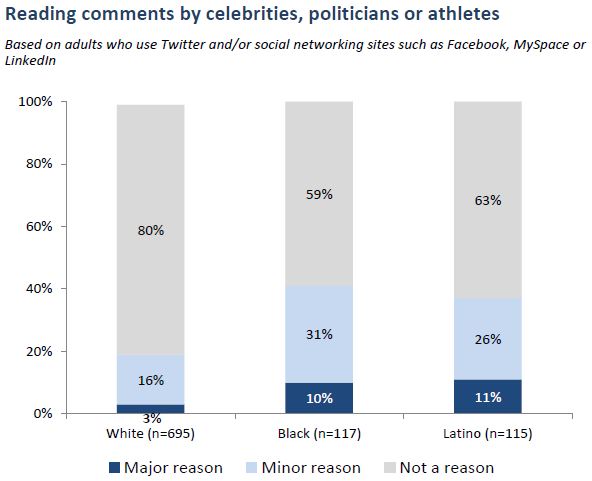 Social media users have flocked to these sites to connect with people they once knew or already know and are driven almost exclusively by this fact which is difficult for the early adoptive world that flocked to Twitter and Facebook many years ago. The trend of adopting these tools to connect with strangers is over, consumers are looking to network with existing connections, so belly to belly still rules and leads to online connections now, not the other way around.

Pew Internet and American Life Project studies put together an extended report on why Americans use social media and for marketers seeking to use social media, this is a must read:

In this article:News, Social Media