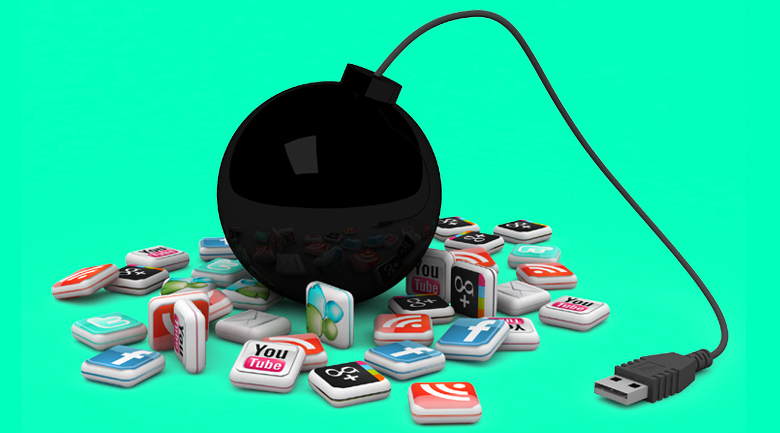 Everyone I know uses social medial, from my friends and family, to my favorite brands, everyone is on-board the social media band wagon. Social media enables us to keep in touch, share things, we love, and have meaningful discussions. However, plenty of illegal and unsavory conversations take place in cyberspace as well and the government is taking notice.

Members of the Senate want to make sure that when particular red-listed topics appear, the owners of the social media platform are legally obligated to inform the government. That’s right. The government is monitoring us in a big way, or rather it plans to. Reuters reports that social media sites would be required to alert authorities if “terrorists” are talking in a new Senate appropriations bill (S. 1705).

What this bill entails

Since this bill is part of a larger appropriations bill, it would also authorize all intelligence activity and spending for the next fiscal year. This is important, as it makes it more likely that Congress will move this bill quickly. The bill is quite long, as appropriations bills often are, and Reuters has done a good good of uncovering some of the issues buried deep within this bill.

Specifically, this section of the bill that outlines a duty to “report terrorist activities and the unlawful distribution of information relating to explosives.” The contentious requirement actually reads:

Whoever, while engaged in providing an electronic communication service or a remote computing service to the public through a facility or means of interstate or foreign commerce, obtains actual knowledge of any terrorist activity, including the facts or circumstances described in subsection (c) shall, as soon as reasonably possible, provide to the appropriate authorities the facts or circumstances of the alleged terrorist activities.

Basically this means all the big social media sites and networks like Twitter and Facebook will be legally obligated to tell law enforcement as soon as “reasonably possible” if anyone making terrorist-type threats, or begins discussing illegal activity, including: “explosives, destructive devices, and weapons of mass destruction.” This could be trouble for a plethora of non-terrorist-threat firearms groups if more specific provisions are not made to this bill.

Report traffic or spy on users? The two functions are very different

An unnamed Congressional official told Reuters that the purpose was to protect social media companies that report certain traffic to the authorities, rather than to compel them to spy on their users, but that doesn’t seem to be how the bill reads.

Sen. Dianne Feinstein said that social media companies should work with the government to prevent violent militants from using their sites. With this is mind, it seems more likely this bill is meant to compel a more watchful eye from social media platforms, than protect those who are already reporting activity.

Need further proof? Feinstein stated, “Twitter, FB and YouTube all, as I understand it, remove content on their sites that come to their attention if it violates their terms of service, including terrorism. The companies do not proactively monitor their sites to identify such content nor do they inform the FBI when they identify or remove their content. I believe they should.”

The slippery slope of See Something Say Something on social media

Although the bill does specifically say that nothing in it should be construed to read as a requirement for sites to monitor particular users or their communications, as a “protection of privacy,” but it doesn’t sound like the government would be too disappointed if they did. To me, this seems like they’re asking social media platforms to use an algorithm to spot and report certain activity, despite their specific language not to violate their users’ privacy. However, an algorithm merely detects a pattern, so it could be stated that several users fall into a “pattern,” and therefore you aren’t violating anyone’s individual rights.

This becomes a slippery slope. Naturally, you do not want major terrorist activity to go unreported, but you also do not want your users fearing they’re being monitored with every rant they post. Facebook has already chimed in on the issue, telling Reuters, “We share the government’s goal of keeping terrorist content off our site. Our policies on this are crystal clear: we do not permit terrorist groups to use Facebook, and people are not allowed to promote or support these groups on Facebook. We remove this terrorist content as soon as we become aware of it.” Makes you wonder what filters and algorithms are already in place, doesn’t it? But if you’re on the straight-and-narrow, perhaps this isn’t anything to worry about. It does make you wonder though, what will be the next area the government wants social media platforms to report to them about?

The bill has been reported to be out of committee and will go to the Senate floor for a vote at some not-yet-determined time in the near future.