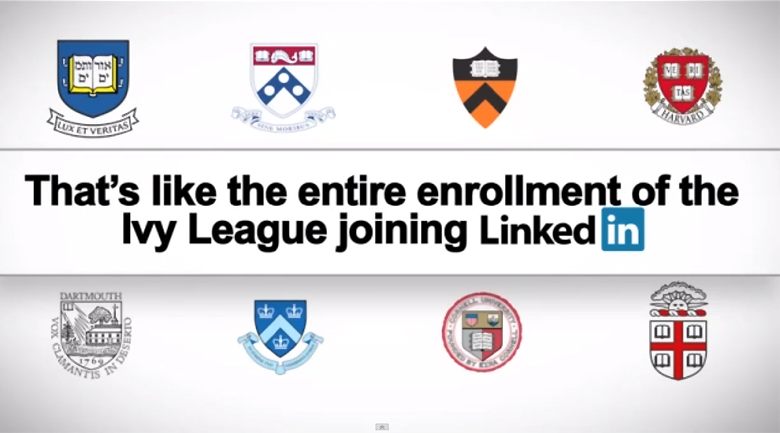 If you’ve been to a conference that mentioned “social media” anytime since 2009, you’ve likely seen a social media guru/maven/ninja/whatever stand on stage and proudly play the Socialnomic’s video called the “Social Media Revolution,” with Fatboy Slim’s Right Here, Right Now looped in the background to get you pumped up.

The video is now on its fourth iteration and offers dozens of statistics on the current state of social media. The video typically does best with an audience of those new to social media, so you will likely see this video at more conferences this year (it has become a predictable staple for social media speakers):

Tremendously helpful for those still on the fence

If you can, ignore the fact that the video is created to sell a book, and that it is simply an updated revision of past videos, and focus on the fact that social media has gone mainstream. There is no argument. It has become a part of most people’s lives in some form or fashion, and will continue to dominate our attention for years to come, making it an inescapable destination for marketers and businesses of all sizes.

Regardless of who shows the video on stage, or what their merits are, the video remains useful as it gives a snapshot of social media in the present time, which can be a tremendous eye opener for small business decision makers who are still on the fence as to the relevance of the medium.

Facts from the video: