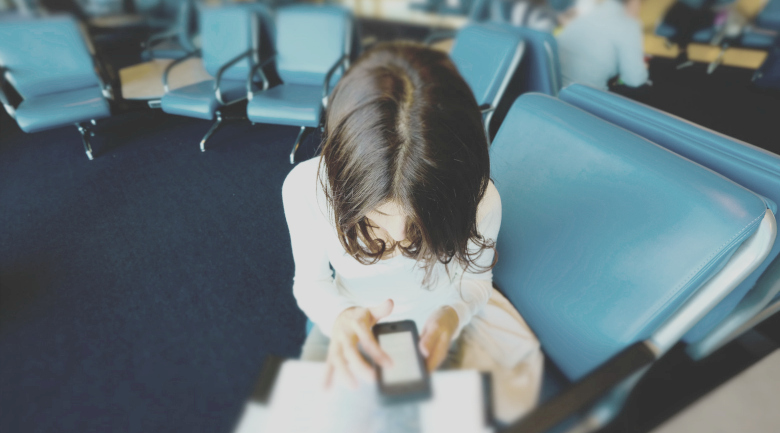 It’s no secret that social media puts a lot of pressure on everyone who uses it – be beautiful, be exciting, be perfect.

And a new report by the UK-based Royal Society for Public Health found that of all the social media apps out there, Instagram does the most damage to young people’s mental health.

The study, dubbed #StatusofMind, surveyed a group of nearly 1,500 people between the ages of 14 and 24, aiming to shed some light on how popular social platforms affect things like anxiety, depression, body image, and self-identity.

The uber-visual app encourages women to “compare themselves against unrealistic, largely curated, filtered and Photoshopped versions of reality,” according to report author Matt Keracher.

An anonymous female survey respondent drove the point home: “”Instagram easily makes girls and women feel as if their bodies aren’t good enough as people add filters and edit their pictures in order for them to look ‘perfect.’”

The word ‘unattainable’ is thrown around a lot – as in, the standards on Instagram are unattainable. But it doesn’t feel like it when you see plenty of users apparently achieving that ‘unattainable’ perfection. When you’ve been scrolling through enviable pics for a while, it’s easy to forget how curated and filtered they are.

Instead, it starts to feel like both a personal connection to someone’s life, and an alienating, impossible standard.

To combat this creeping acceptance of Instagram as reality, the Royal Society for Public Health calls for warnings or labels on all posts, across platforms, that have been manipulated digitally, whether it’s Photoshop or a simple filter.

“We’re not asking these platforms to ban Photoshop or filters but rather to let people know when images have been altered so that users don’t take the images on face value as real,” said Keracher. With a reminder on most every post, though, no matter what the label says or looks like, it could soon start to blend into the background.

The report also suggested that pop-up warnings should appear when users have been on a platform for more than two hours.

“Platforms that are supposed to help young people connect with each other may actually be fueling a mental health crisis,” said Shirley Cramer, Royal Society Chief Executive, in the report.

While 70 percent of the surveyed young people are in favor of the usage warning, it probably isn’t so simple. Social media is addictive, just like cigarettes and alcohol. Your brain craves the validation of likes, the feeling of being included. A pop-up could easily be ignored, ineffective.

There may not be a perfect answer yet, but the intentions of the study are good.

“We really want to equip young people with the tools and the knowledge to be able to navigate social media platforms not only in a positive way but in a way that promotes good mental health,” added Keracher.

One thing is certain: social media isn’t going anywhere. Though there are demonstrated negative affects on mental health, there are also plenty of benefits of using social media – many use the apps as outlets for self-expression, and for forging connections with new people.

Professional YouTuber (what a job!) Laci Green is a strong proponent of mental health education.

“Because platforms like Instagram and Facebook present highly curated versions of the people we know and the world around us. It is easy for our perspective of reality to become distorted,” said Green. “Socializing from behind a screen can also be uniquely isolating, obscuring mental health challenges even more than usual.”

Notably, YouTube was the only platform in the study that was found to positively impact young people’s mental health. It’s harder to filter and curate a whole video than a split second snapshot.

Ultimately, education is a promising route towards promoting good mental health, says the UK’s Royal College of Psychiatrists president, Sir Simon Wessely. “I am sure that social media plays a role in unhappiness, but it has as many benefits as it does negatives,” said Wessely.

“We need to teach children how to cope with all aspects of social media — good and bad — to prepare them for an increasingly digitized world. There is real danger in blaming the medium for the message.”