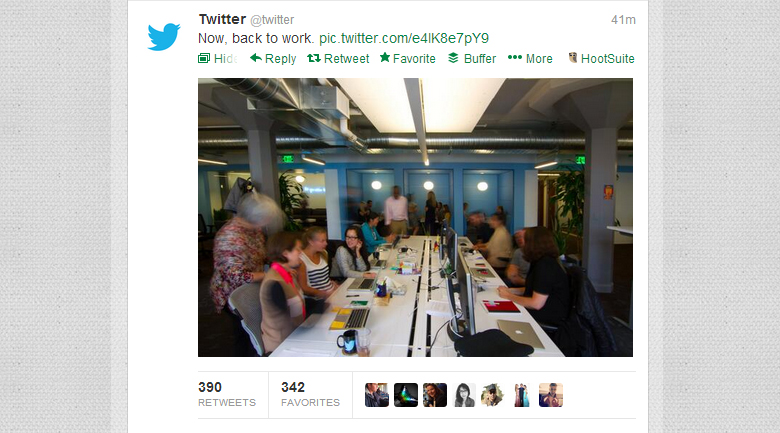 Social media giant Twitter announced via Twitter minutes ago, “We’ve confidentially submitted an S-1 to the SEC for a planned IPO. This Tweet does not constitute an offer of any securities for sale.”

The company has filed for an initial public offering (IPO) through a new provision of the JOBS Act, which allows companies with under $1 billion in revenue to file for a public offering without disclosing publicly to the U.S. Securities and Exchange Commission (SEC).

Last month, Twitter’s valuation was around $10 billion, but now, the valuation is expected by many to be closer to $20 billion, with Goldman Sachs leading the offering process.

This move has been long expected, as their main competitors have all gone public already, for example, Facebook, whose IPO valued their brand at roughly $100 billion at open, and despite some substantial trading errors and fluctuating stock pricing, it has settled in positive territory – a good sign for Twitter’s timing.

The company has raised $1.16 billion in funding, which investors are wont to expect back, and has spent nearly half of that ($640 million) on acquisitions of companies like TweetDeck, Posterous, Vine, and MoPub. This IPO will finally open Twitter’s books to the public so tech analysts will be salivating over that prospect.

And now, the quiet period begins

Minutes after announcing the filing, Twitter tweeted, “now, back to work,” depicting a busy office as pictured above.

You won’t hear anything new about Twitter for some time, as they enter what is known as the “quiet period” known as the period between the S-1 filing and the moment when SEC staff declare the registration statement effective. During this time, issuers, company insiders, analysts, and other parties are legally restricted in their ability to discuss or promote the upcoming IPO.