Twitter Revenue Product Manager Andrew Bragdon recently announced the introduction of conversational ads for their platform, with the intent of driving “more earned media and brand influence” for advertisers. Conversational ads include a “call to action” button, and customizable hashtags.

When a consumer selects a call to action, the Tweet composer window opens with a “pre-populated brand message accompanied by the creative and hashtag buttons. As with with retweets and quote tweets, the user can revise and personalize the Tweet which includes the advertiser’s original photo or video. A response is then sent from the advertiser’s account with a thank you message to the consumer.

How brands can deliver “value for advertisers”

Bragdon references findings from the 2014 study, “Discovering the Value of Earned Audiences – How Twitter Expressions Activate Consumers,” which was conducted by the Twitter Research Team in partnership with the Advertising Research Foundation, Fox, and DB5, to discover how exposure to a brand mention in a Tweet affects the actions of consumers online and offline.

Bragdon references how the study indicated that “organic conversation about a brand delivers significant value for advertisers.” The three key findings of that study were:

Advertisers who have been participating in the beta test are reporting success with this new feature.

Lifetime Director of Social Strategy Marissa Vinciguerra expressed enthusiasm in joining forces with Twitter to “launch the conversational video tool” for the premier of their new “Pitch Slapped” series. “The Tweet features voting buttons encouraging fans to engage with our creative and is a perfect match for this campaign,” she added. 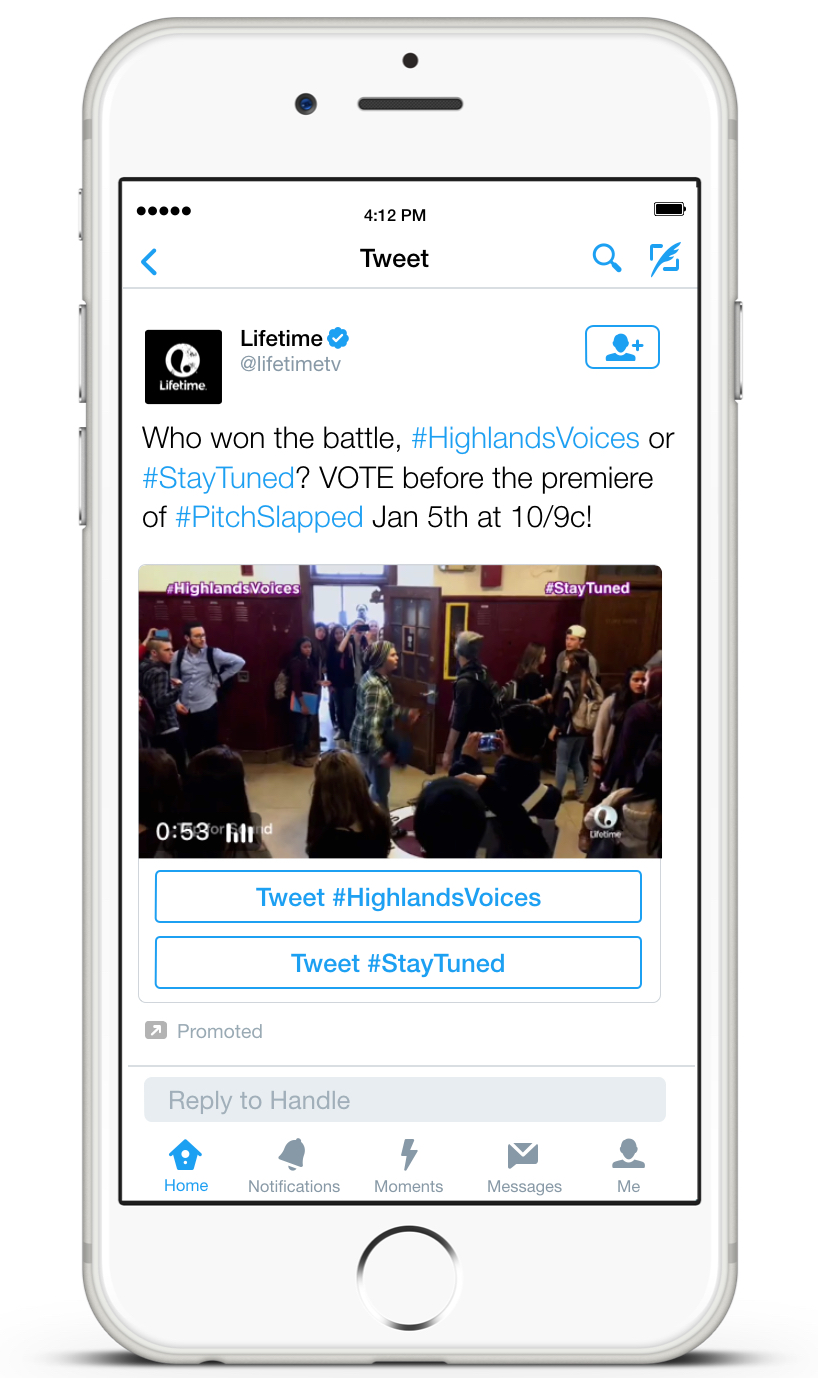 This latest feature is another step in Twitter’s increasing its appeal to marketers. Last year Twitter broadened the availability of ad syndication and added branded, promoted content that could be viewed without logging in.

Conversational ads which are still in beta are currently available to select advertisers, who can track their impact via the analytics of TrueVoice within the Twitter Brand Hub.

The verdict is positive

As a Twitter user, I find this feature quite appealing as it allows the advertisers to guide consumers in engaging about their brand, making it easier for consumers. Having the hashtag preset not only makes it easier to dialogue, but it also sets the standard for that brand.

A social media marketing campaign will be more effective if you predetermine your brand’s hashtag, rather than leave it to the users to come up with their own hashtag. As an example, I’ve observed industry events where multiple hashtags were used, which creates multiple streams in your marketing.