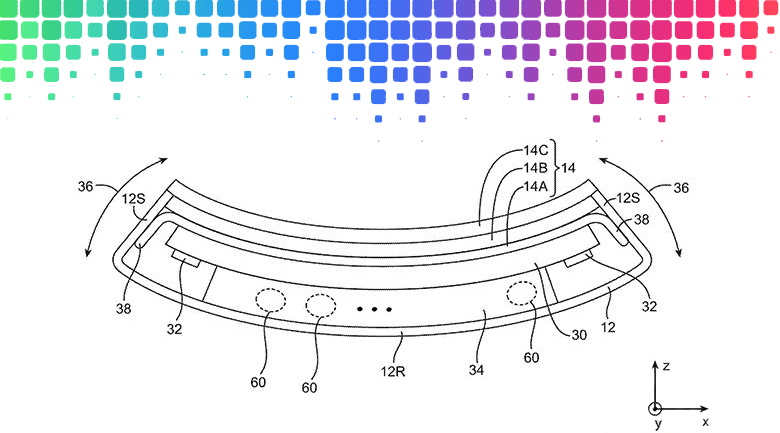 Bendgate 2014 is over, but Apple wants flexibility for real

With the highly anticipated release of the ultra thin (and softer) iPhone 6 last year, a handful of users complained that their phones bent by being in their back pocket and the like. This led to web users mocking the alleged problem, creating dozens of fake ads to be created and other brands alluding to #Bendgate, all of which eventually led to many believing their iPhone was meant to bend (it wasn’t, and many phones were broken in an effort to “bend” them, oops).

While it’s all good and fun for those of us who didn’t bend our dang phones, Apple has actually filed for and won a patent for “flexible electronic devices,” according to AppleInsider, which describes a device made almost completely from flexible components so a user can bend it or in some cases, fold it in half to form a smaller unit. Talk about making lemonade.

We’ve long written about flexible technologies, and even noted that Apple has won a patent for flexible screens and this has been in the works for years, but this patent is much broader and the first of its kind, pulling various Apple patents and ideas together in one patent.

This patent is for a device that could interpret different kinds of bends, squeezes, and twists as commands for the device. Genius.

Apple is shaking things up

“For example, twisting a flexible electronic device may change the operating mode of the device, may be interpreted by the device as a command to an electronic gaming system, may turn the device on or off, etc,” Apple explained in its patent document.

The patent also notes that “Flexible electronic devices may be more resistant to damage during impact events such as drops because the flexible device may bend or deform while absorbing the impact.”

Although filed before Bendgate, this patent indicates that Apple is closer to producing a flexible phone to do more than bend in a back pocket. The company needs some innovation after the loss of Jobs and some stagnation.