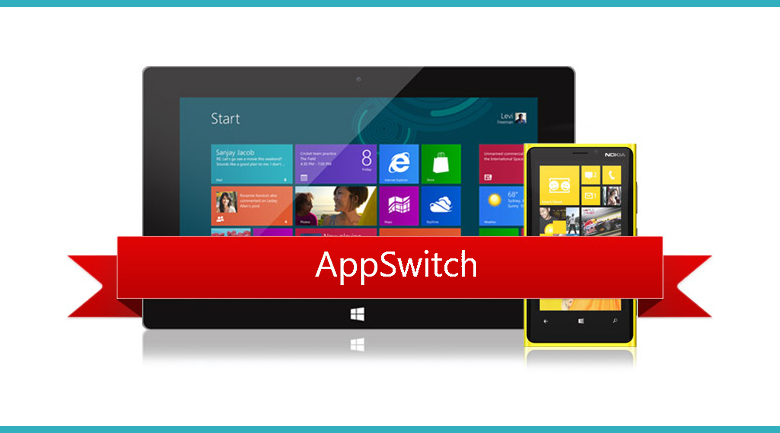 AppSwitch is the answer for anyone switching from an iPhone, Android, or Blackberry device to a Windows phone (or Windows 8 system). AppSwitch helps users find comparable matches for the apps they loved on their previous device. This will hopefully eliminate some of the frustration of not being able to find your favorite app and wanting your old phone back.

Why should I use it?

Most people’s reluctance to switch to a Windows phone from an iPhone, or similar device, comes from trepidation: “does it have my favorite app?” This makes it hard to convince people to give Windows phones a chance, especially since if you want to find a similar app you would have to search through the marketplace and browse through list after list of application. But AppSwitch eliminates the need for all that browsing and time-wasting.

The comparable app matches are generated using a fancy-schmancy algorithm designed to cruise and organize apps from the Windows marketplace, Apple iOS, and Android. This is definitely a good starting point, but some of the most effective matches come from other users and app developers looking to expand in to the Windows market. Developers can submit comparable matches through AppSwitch and then users can leave feedback as to how effective the match actually was at meeting their needs. Each app includes descriptions, screenshots and reviews (just like the familiar iOS format).

If you use Windows 8, you can get live tile updates when new apps become available, as well as, share apps and matches with friends. You can also mark an app that was completely not useful and AppSwitch reviews these apps and ones that are consistently rated as “bad” are booted out of the system.

I read several reviews from AppSwitch and most of them were positive (currently four out of five stars). The most common complaint was the need for more apps and more reviews. As more people switch to Windows 8 and become aware of AppSwitch, there should be more reviews and apps available. In the meantime, take a look around and see what you think.