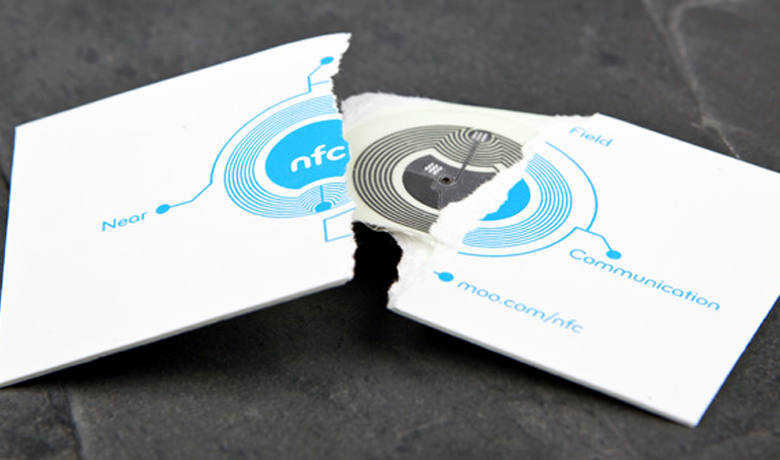 Nearly every professional has a business card. They’re traditional, they’re reliable, and they serve their purpose easily. We’ve already seen attempts at modernizing the business card, but many of them have fallen flat. Take QR Codes, for instance. However, there is a new type of business card – a modern business card – that just might change the game entirely. Moo cards are launching near field communication (NFC) business cards seamlessly link the traditional world with the modern world.

Using the same basic technology as door entry badges or possibly even your credit or debit card, NFC business cards make unique use out of modern technology. These business cards don’t look different from ordinary business cards, but there is a major difference, as they contain very small microchips embedded inside the business card, what Moo calls a “third side to your business card.” 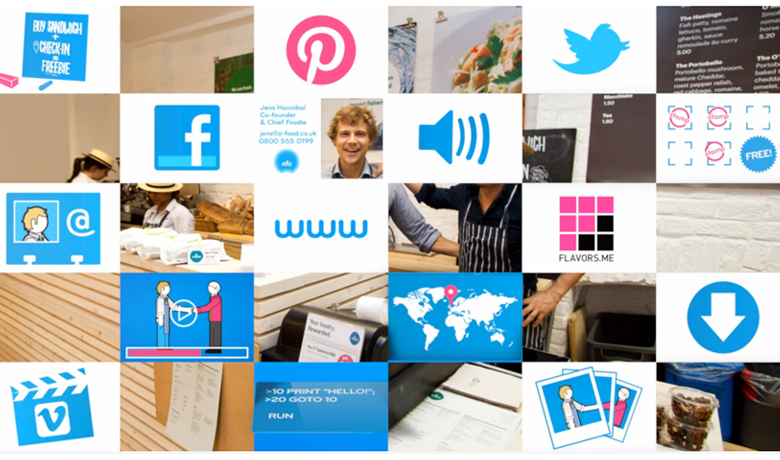 Complete flexibility, can be rewritten any time

What this microchip does is really up to you. You can easily program the microchip to bring up your company’s website, save your contact information immediately to the recipient’s phone, allow them access to your online portfolio, or you could send them to a funny video online. Just give out your business card as usual, and that person just has to touch your business card to their smartphone, and whatever you’ve programmed it to do will be done instantly.

One of the great benefits of the NFC business card is that you don’t have to stick with what you’ve programmed it to do. Even after you have given out cards, you are still in control. If you want, you could switch it up every day. Today you can send them to your newest blog post. Tomorrow, a YouTube video of a behind-the-scenes at your office. You can completely customize your contact’s experience. 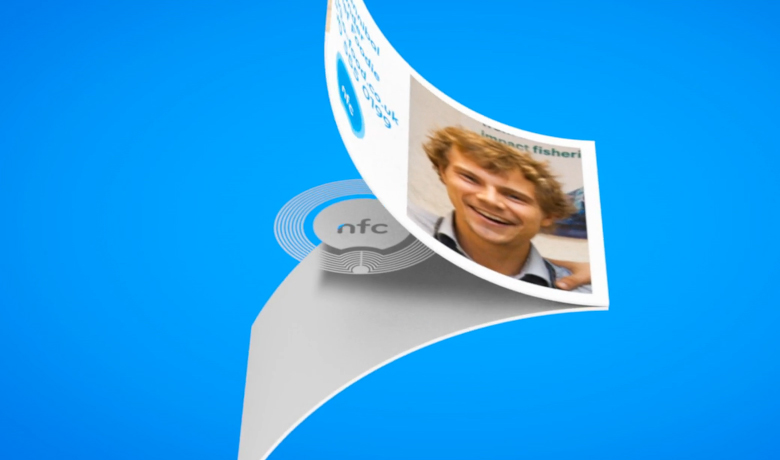 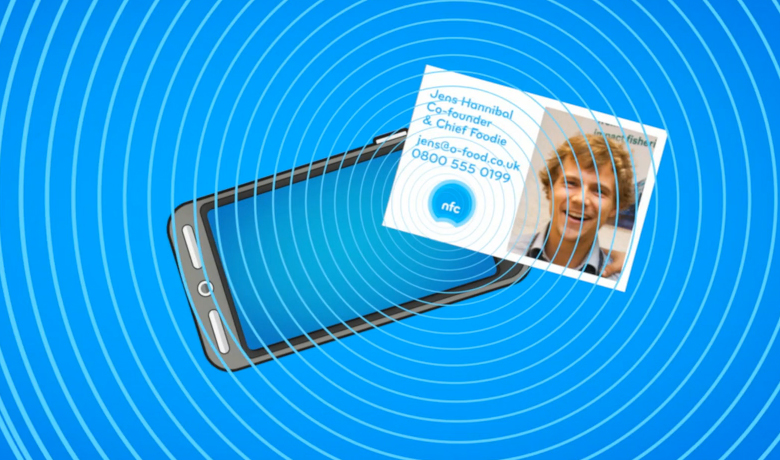 NFC business cards are dynamic, unique, and as personalized as you can get. Giving out your business card doesn’t have to be mundane or ordinary. You can make a lasting impression by simply using these special business cards to easily share content, contact information, and get them involved in your online community, all by touching your business card to their phone. Simple and intuitive.

What is UI/UX? Take a little time to learn for free!

(TECH NEWS) For the all-time low price of—well, free—Invise gives you the option of learning a few basic UI and UX design techniques.

There’s no denying the strong impact UI and UX design has on the success of a website, app, or service—and, thanks to some timely altruism, you can add basic design understanding to your résumé for free.

Invise is a self-described beginner’s guide to the UI/UX field, and while they do not purport to deliver expert knowledge or “paid courses”, the introduction overview alone is pretty hefty.

The best part—aside from the “free” aspect—is how simple it is to get a copy of the guide: You enter your email address on the Invise website, click the appropriate button, and the guide is yours after a quick email verification.

According to Invise, their beginner’s guide to UI and UX covers everything from color theory and typography to layout, research principles, and prototyping. They even include a segment on tools and resources to use for optimal UI/UX work so that you don’t have to take any risks on dicey software.

UI—short for “user interface”—and UX, or “user experience”, are two critical design aspects found in everything from websites to app and video game menus. As anyone who has ever picked up an outdated smartphone knows, a janky presentation of options or—worse yet—a lack of intuitive menus can break a user’s experience far faster than slow hardware.

Similarly, if you’re looking to retain customers who visit your website or blog, presenting their options to them in a jarring or unfamiliar way—or selecting colors that clash for your landing page—can be just as fatal as not having a website to begin with.

The overarching problem, then, becomes one of cost. Hiring a design expert is expensive and can be time-consuming, so Invise is a welcome alternative—and, as a bonus, you don’t have to dictate your company’s vision to a stranger and hope that they “get it” if you’re doing your own design work.

2020 probably isn’t the year to break the bank on design choices, but the importance of UI and UX in your business can’t be overstated. If you have time to read up on some design basics and a small budget for a few of the bare-bones tools, you can take a relatively educated shot at putting together a modern, desirable interface.

One creepy way law enforcement might have your private data

(TECH NEWS) Wait, geofences do what? Law enforcement can pull your private data if you’re in the wrong place at the wrong time.

By now, it’s pretty common knowledge that our smartphones are tracking us, but what you might not be aware of is just how much law enforcement is taking advantage of our private data. Now, the good news is that some places have gotten wise to this breach of privacy and are banning certain tactics. The bad news is: If you were ever in the vicinity of a recent crime scene, it’s quite possible your privacy has already been invaded.

How are law enforcement doing this? Well, it starts with a geofence.

At its core, a geofence is a virtual border around a real geographic location. This can serve many purposes, from creating marketing opportunities for targeted ads to tracking shipping packages. In the case of law enforcement, though, geofences are often used in something called a geofence warrant.

Traditionally, warrants identify a subject first, then retrieve their electronic records. A geofence warrant, on the other hand, identifies a time and place and pulls electronic data from that area. If you’re thinking “hey, that sounds sketchy,” you are–forgive the pun–completely warranted.

With a geofence, law enforcement can dig through your private data, not because they have proof you were involved in a crime, but because you happened to be nearby.

This practice, though relatively new, is on the rise: Google reported a 15-fold increase in geofence warrant requests between 2017 and 2018. As well as invading privacy, these warrants have led to false arrests and can be used against peaceful protesters. Not to mention, in many cases, geofence warrants can be extremely easy to acquire. One report in Minnesota found judges signed off on these cases in under 4 minutes.

Thankfully, there have been signs of people pushing back against the use of geofence warrants. In fact, there have been multiple federal court rulings that find the practice in violation of the Fourth Amendment, which protects citizens from “unreasonable searches and seizures,” including your electronic data.

If you’re still worried about your privacy, there are ways to keep your electronic data on lock. For example, turn off your location services when you’re traveling, and avoid connecting to open Wi-Fi networks. You can also work to limit location sharing with apps and websites.

These and other tips can be a great way to help you avoid not just geofence warrants, but others who want to use your electronic information for their own gain.