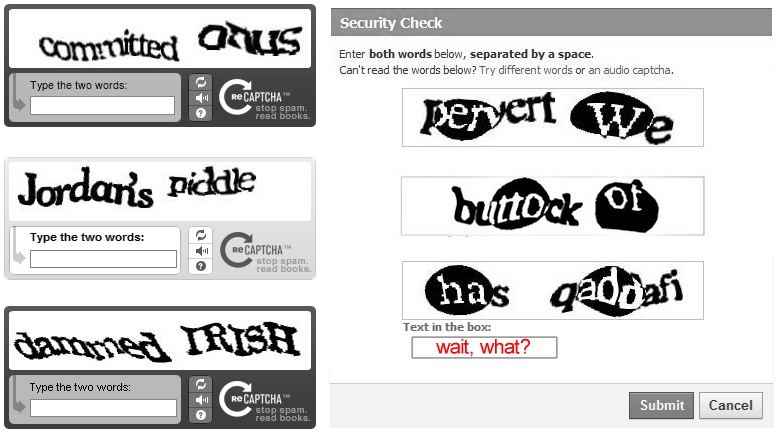 Next step for captcha: ads?

Captcha, which stands for “Completely Automated Public Turing test to tell Computers and Humans Apart,” is a challenge-response test to ensure the response is generated by a human rather than a bot. If the correct answer is given, the assumption is that it is a human typing, so sites then allow users to comment on blogs, purchase products, recover passwords, and the like.

The Captcha originally featured only words, sometimes silly or insulting, but a challenge-response test, nonetheless. In recent years, captcha technologies have included pictures of numbers or words to make it even more difficult for non-humans to get past the test, but even that has made the process difficult for some. Although the tool typically offers an audio version of the letters and numbers a user has to type, even the audio can sound like a garbled mess.

The next step in the evolution was companies looking to be clever and ask users to use words to describe their brand, or a picture of their product, but that has now been taken one step further. According to The Consumerist, Ticketmaster has ditched captcha in lieu of a challenge-response test that requires users to type something about their advertising partner, as seen below (text input by Consumerist): 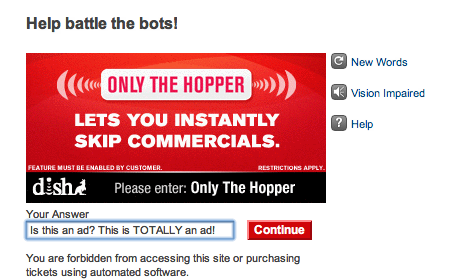 Based on how complex the technology has had to get in an effort to keep non-humans out, it has also made it more difficult for users to decipher what on earth they are supposed to type. Just take a peek at some real captchas below: 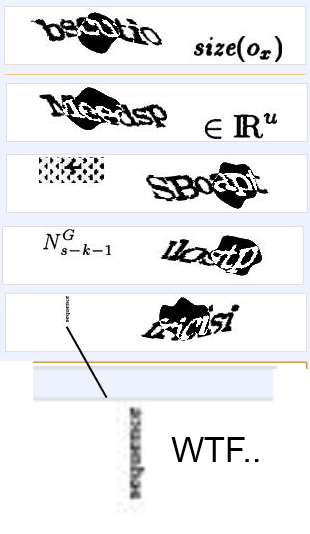 Ticketmaster, and likely others, have taken to testing users based on whether or not they can type in a marketing phrase associated with the product being advertised, which is based on an image rather than a string of letters provided.

Consumerist notes, “So far it seems to be limited to Dish, along with phrases like “I can’t wait to share,” with a picture of Facebook and the imaginary user sharing on social media the fact that they bought Ticketmaster tickets. Subtle, Ticketmaster. Very subtle.”

While Consumerist readers overwhelmingly say they prefer captcha to an ad, it is unlikely that the creative advertising move will end, rather, we suspect it will become mainstream within the year.