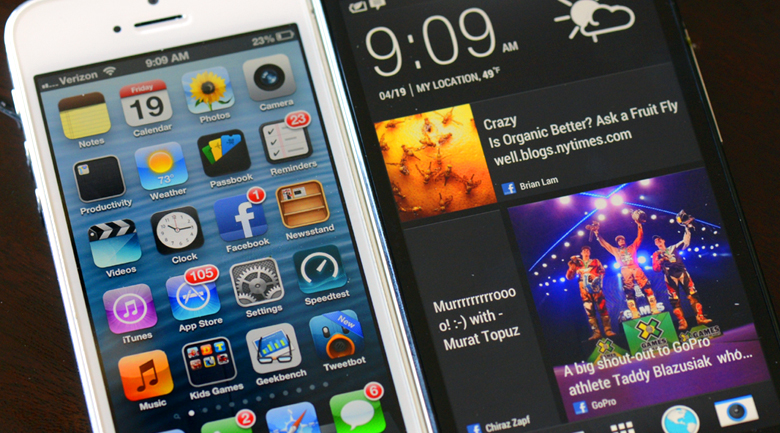 Smartphone adoption across the nation

When you think of smartphone adoption, you probably imagine the streets of New York City lined with people in cool scarves, all holding smartphone, or maybe the dramatic hills of San Francisco filled with coffee shops and people tweeting from their smartphones. But if you think those metro areas have the highest smartphone adoption rates, you’d be wrong…

Dallas is the home of the highest smartphone adoption rate, according to a newly released report from cloud and mobile testing company, SOASTA in conjunction with Harris Interactive.

Dallas led all cities in mobile device penetration: 76 percent of respondents owned and used a smartphone; 48 percent owned and used a tablet. New York City was last on the list for smartphone adoption (48 percent), while Atlanta had the fewest tablet users (30 percent).

Aside from New York, more than half of those surveyed in every city owned and used a smartphone—Los Angeles (66 percent), San Francisco (61 percent), Houston (62 percent), Atlanta (60 percent), Chicago (57 percent), Boston (55 percent), Washington, D.C. (64 percent), and Philadelphia (62 percent). At 43 percent, D.C. was second to Dallas in tablet penetration. 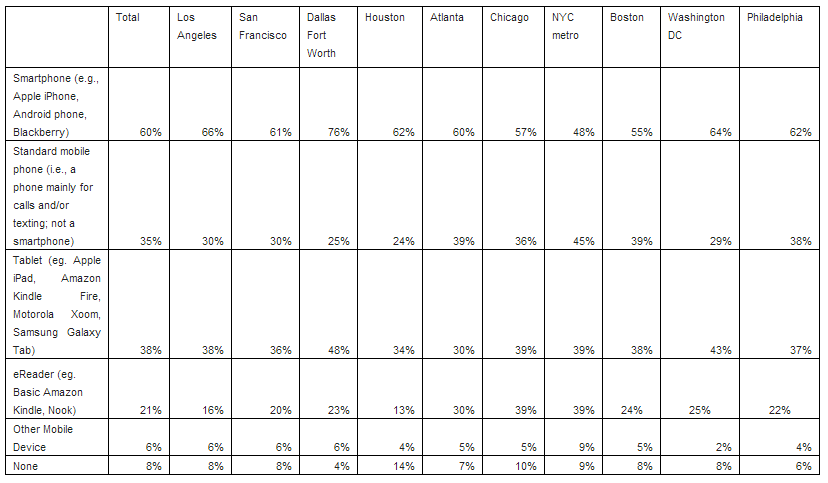 Also revealed in the survey – 97 percent of Dallas residents, the highest percentage of any city, would delete or uninstall a mobile app they purchased if it didn’t work properly or had frequent technical issues and 86 percent of Washington D.C. residents would as well. Bostonians were more forgiving with 79 percent indicating they’d delete a problematic app.

Brands have an opportunity, but must perform

“Adoption of smartphones and other mobile devices continues to grow, giving publishers of mobile apps a thriving market for their products,” said Tom Lounibus, CEO of SOASTA. “But people demand that apps perform as expected or they will instantly delete them. For that reason developers must properly test their apps prior to release, not after.”

Apps that fail to load also are often deleted. Fully 52 percent of users in all cities would delete apps for that reason, led by New Yorkers at 71 percent. Others would give the app a bad review online (10 percent), tell friends about their bad experiences (10 percent), or spread the word through social media (4 percent).

Smartphone owners in Boston were among the highest in each category, leading in bad online reviews (16 percent) and social media (8 percent) and trailing only Philadelphia by 17 percent to 16 percent in telling friends. Chicago smartphone users are the most likely (55 percent) to restart their phone when dealing with failing apps, and those in Washington D.C. are most likely to seek a current update to the app (49 percent).

In this article:smartphone adoption, Technology