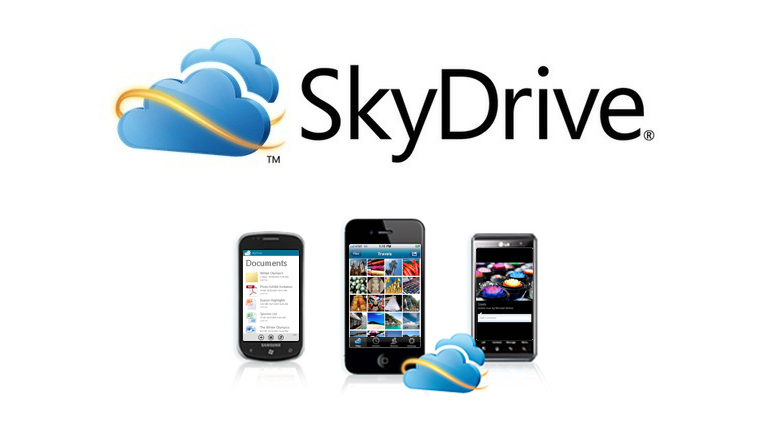 Skydrive is an online (or in “the cloud” as it is called) file storage service by Microsoft that is password-protected, allowing users to sign in by using their Windows Live IDs, or by setting up a new account. Each user receives 7 GB of free storage for personal, public, and/or shared folders, and users can decide who can have access to each folder and how much access they get. The amount of storage offered for free is much larger than most cloud solutions, and paid space after that point is considerably less expensive than most.

Windows Live SkyDrive works on any Windows or Macintosh computer with Firefox 1.5 or higher, or Internet Explorer 6 or higher, and is quickly outdoing the competition when it comes to features and their offering. Below is a comparison chart from April, and Dropbox and others have made size allowance changes, but most of the information remains true today: 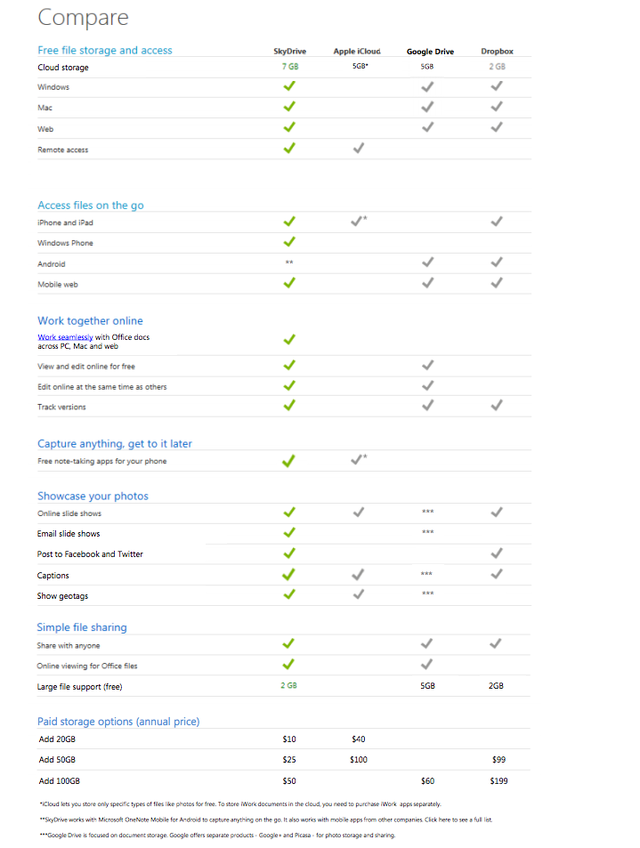 One major option that SkyDrive offers that others do not is that it integrates into Microsoft Office seamlessly, so that you can save a document directly from Microsoft Word to your SkyDrive folder as a save option, and there are no conversions, no formatting issues, and no extra step, which saves offices using Microsoft a great deal of time and reduces the learning curve for staff.

Additionally, users can access and save to their SkyDrive from any app in Windows 8, automatically. Although Mac is the media darling, many businesses are still PC and using Windows and Microsoft products, making this a feasible option for cloud storage of company files, particularly when looking to save money. Below is a comparison of SkyDrive, Google Drive, and Dropbox, according to MakeUseOf:

MakeUseOf says, “As you can see, Microsoft is seriously undercutting the market here, and is significantly cheaper than Google Drive, not to mention Dropbox. In fact, Dropbox is almost five times as expensive as SkyDrive – a crazy price gap for a service that’s virtually identical, at least when used on Windows.”