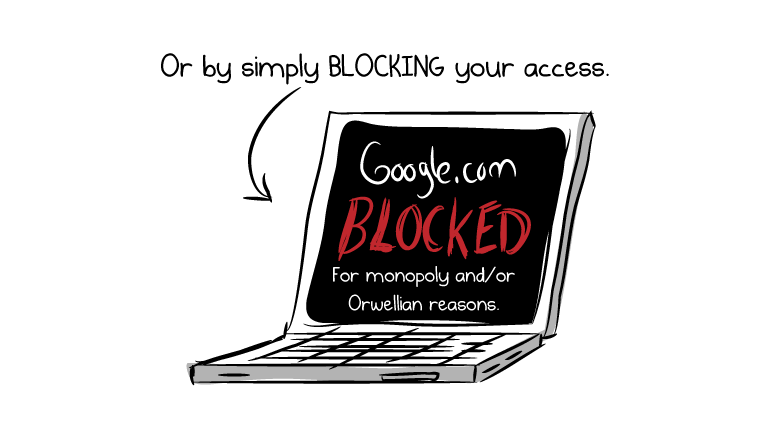 The problem with technical internet issues is that early adopting engineers and super geeks are inadvertently tasked with the name game, and unfortunately, net neutrality is a confusing term for many – it sounds bad, or good, or bad, depending on who you ask, no matter who understands the issue or not.

We’ve long advocated FOR net neutrality, as has the National Association of Realtors, President Obama, most tech companies in the nation, Steve Wozniak, and so forth. Those against it are telecommunications companies that have a financial interest in controlling what sites you can or can’t visit, and whether you pay or not, and whether you are throttled or not.

Read also: A world without net neutrality is scary, here’s why

Many are. That’s okay. We’ve featured this illustration over the years to show what a world WITHOUT net neutrality could look like for your bottom line:

But not everyone is convinced

There is a well funded movement to allow telecom corporations to decide, as they already have, to rake in dough based on what you’re doing online. They already got away with when Comcast forced Netflix to cough up millions before users could get non-throttled access to streaming movies and videos (some call it demanding ransom, but that’s an opinion, not necessarily fact).

Recently, Senator Ted Cruz has captured attention with the following tweet (screenshot in the event it disappears):

Comic creator, Matthew Inman, took this tweet to task and gently (yet filled with adorable cuss words) explained net neutrality to Cruz, making a compelling case for keeping telecom corporations out of consumers’ business (which seems like a case for freedom that any conservative would support): 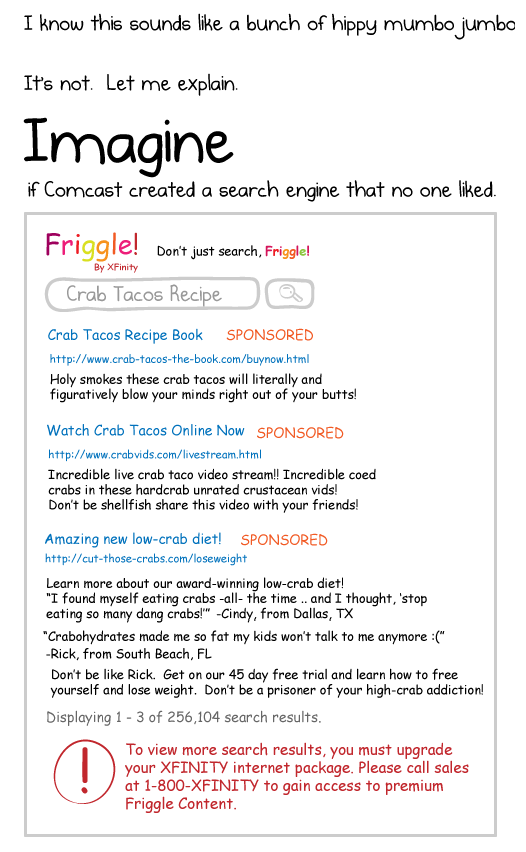 We encourage you to read the full comic and decide for yourself whether you side with Cruz or The Oatmeal.

In this article:net neutrality, politics