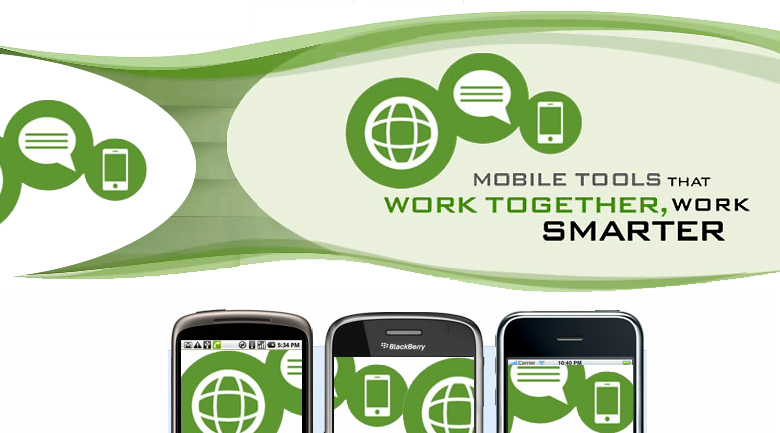 The real estate market may be caught in a slump when compared with previous years’ successes, but that doesn’t mean improvements and advancements have not been made. One company in particular has decided to jump on the chance to combine new and traditional real estate technologies to make for an improved home-buying experience. VoicePad has developed a way for your potential homebuyers to stay even more connected with your listings, and all from their phones.

VoicePad is based out of Louisville, Kentucky and is all about lead-generating mobile technology specific to the real estate industry. They offer three distinct and connected services. Each of the following services is enough to make a huge difference in your leads, but the combination of the three has the potential to revolutionize how your do business, and how often you do it.

Call Capture – Call Capture allows homebuyers to call on any home on the market and hear listing information right on their phones. One of the great things about this for you is that you don’t have to rerecord new information when the price changes, as the recording is all about the property’s features. This means you may get leads from those who drive past a property and want more information but aren’t quite ready to speak to a realtor.

Text – If those potential leads like what they hear on the Call Capture recording, they can request a text of all the information about the home. All they have to do is text a specific code relating to the property, and the text will be sent straight to their phones.

Mobile Web – In that text message, they’ll receive a web link that will give them GPS property directions and photos of the property. If they want to continue their search, they can input their ideal property criteria and find the property of their dreams.

All of these services collect lead information for agents, lending to more relevant lead generation. VoicePad has generated over 2.5 million leads in the last year, all revolved around providing relevant and up-to-date information, information that can build your business and help homebuyers connect with the right property.

(TECH NEWS) You would hope that HEY, the paid email service, would launch without issues but it has a few. Let’s hope some of that money goes to fixing them. 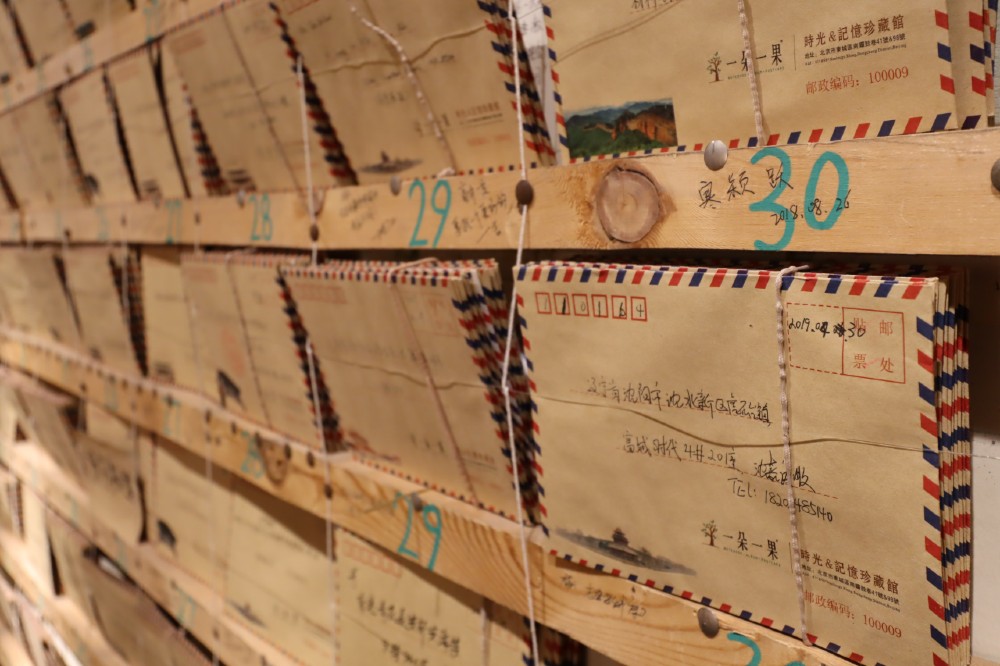 Last week, we covered HEY–a new email service that seemingly has a lot to offer–and while we largely praised the service despite it being a paid client awash in a sea of free email options, not everyone is fully on board with HEY’s inimitable charm–at least, not yet.

Adam Silver, an interaction designer focused on user experience, had some criticisms of HEY–many of which he identified as “pretty surprising oversights.” Though Silver does mention that his overall opinion of the service is good, these oversights are the focus of his review.

“HEY isn’t very accessible,” says Silver in his notes. His assessment, while self-admittedly not a holistic view, includes issues related to JavaScript (specifically when it isn’t enabled, which is something more and more companies are requiring) and lack of reasonable keyboard shortcuts for anyone using a screen reader. As Silver points out, these are fairly simple–and, thus, surprising–problems that probably should have been caught from the onset.

“All of these things are really easy to fix,” amends Silver.

Another issue Silver highlights is the inbox (imbox?) sorting. As we mentioned previously, there are three locations for email: the imbox, the feed, and the paper trail, each of which serves a different purpose. The problem with this system is that organizing emails by only three overarching categories affords little flexibility; furthermore, Silver notes that the menu for accessing each folder leaves a lot to be desired from a design standpoint.

The feed is also the subject of Silver’s criticism in that it doesn’t function enough like a traditional inbox to the point that it is actually difficult to use. Especially given the feed’s purpose–to store newsletters and such in a free-scrolling manner–this is a hold-up for sure; coupled with the feed’s lack of notifications, you can see how this problem cripples the user experience without active attention to the ancillary feed inbox.

Lastly, Silver mentions that the name “imbox” is, well, stupid. “This is not a typo but it’s not good,” he says. “You need a really good reason not to keep things simple.”

This is actually a point that we initially glossed over in our overview, but it’s another instance of a company doing a little too much to stand out–and, in doing so, potentially disrupting the user experience. “Keeping it simple” by calling the delivery place for your email the “inbox” won’t sink your brand, and the name “imbox” is sure to, at best, annoy.

It’s important to reaffirm that HEY’s driving principle–accessible email that prioritizes your privacy and charges you a relatively nominal fee for doing so–is good, and that’s the tough part of any app’s development; should they choose to follow Silver’s lowkey advice and make a few tweaks, they’ll have a winning product.

Live captioning via AI is now available for Zoom, if a little limited

(TECH NEWS) In order to be more inclusive, and improve the share of information with your team, live captioning is a great option for your next Zoom call. 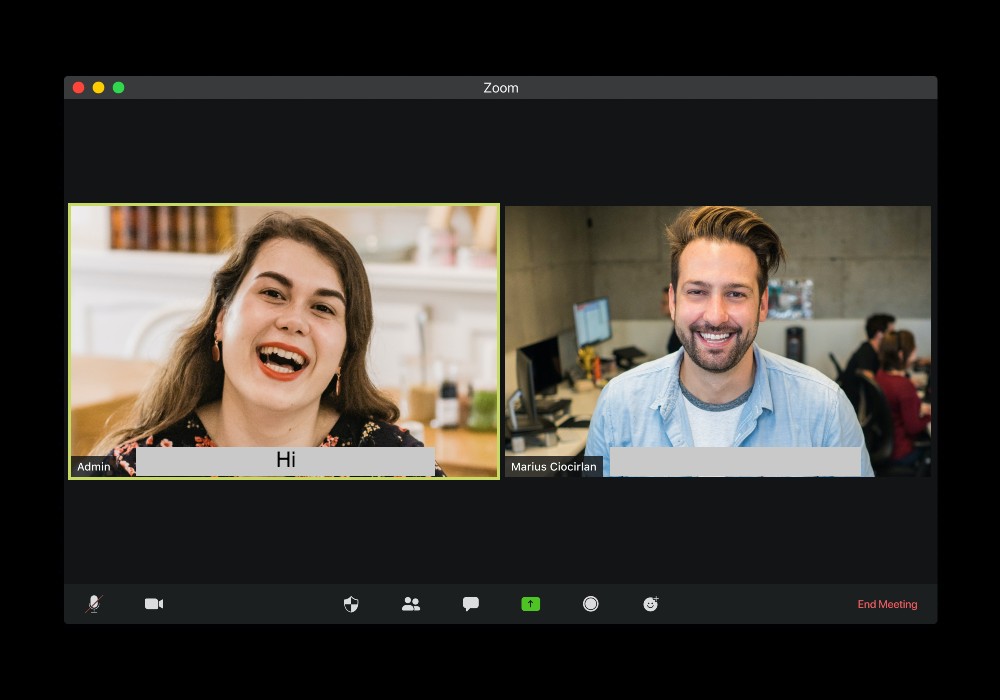 The ubiquitous all-father Zoom continues to prompt innovation–and in a time during which most companies are still using some form of remote communication, who can blame them? It’s only fitting that someone would come along and try to flesh out Zoom’s accessibility features at some point, which is exactly what Zoom Live Captioning sets out to accomplish.

Zoom Live Captioning is a Zoom add-on service that promises, for a flat fee, to caption up to 80 hours per month of users’ meetings via an easy-to-implement plugin. The allure is clear: a virtual communication environment that is more time-efficient, more accessible, and more flexible for a variety of usage contexts.

The live-captioning service boasts, among other things, “limited lag” and “the most accurate [speech-to-text AI] in the world”–a service that, despite its sensational description, is still only available in English. Furthermore, anyone who has experienced auto-captioning on YouTube videos–courtesy of one of the largest technology initiatives in the world–knows that, even with crystal-clear audio, caption accuracy is questionable at best.

Try applying that level of moving-target captioning to your last Zoom call, and you’ll see what the overarching problem here is.

Even if your Zoom call has virtually no latency, everyone speaks clearly and enunciates perfectly, your entire team speaks conversational English at a proficient degree across the board, and no one ever interrupts or experiences microphone feedback, it seems reasonable to expect that captions would still be finicky. Especially if you’re deaf or hard of hearing–a selling point Zoom Live Captioning drives home–this is a problematic flaw in a good idea.

Now, it’s completely fair to postulate that any subtitles are better than no subtitles at all. If that’s the decision you’d like to make for your team, Zoom Live Captioning starts at $20 per person per month; larger teams are encouraged to contact the company to discuss more reasonable rates if they want to incorporate live captioning across an enterprise.

Nothing would be better for speech-to-text innovation than being wrong about Zoom Live Captioning’s potential for inaccuracy, but for now, it’s safe to be a little skeptical.

(TECH NEWS) Practicum is a fully supportive remote boot camp to bridge tech workforce needs and job seekers. If you need a new career, this program is for you. 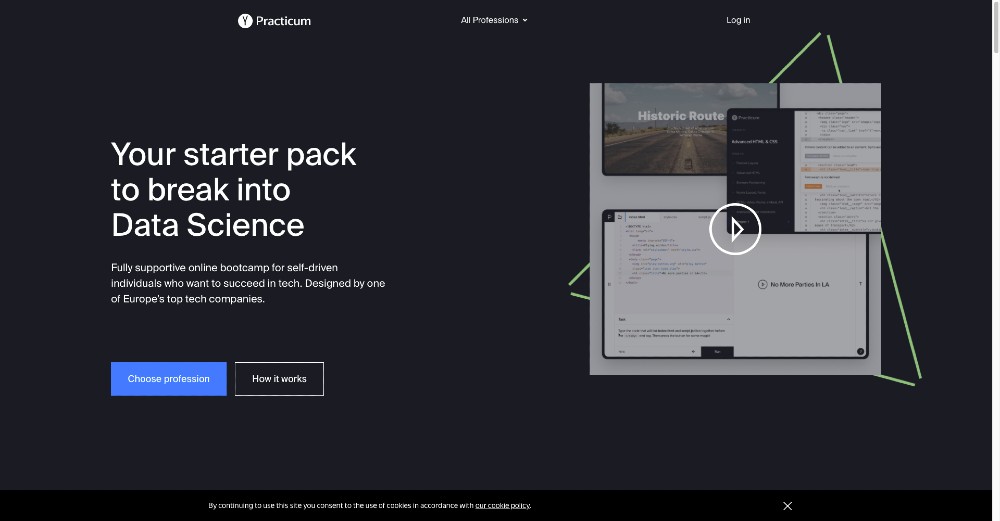 Back in 2018, there was rapid growth in emerging technologies and the job market was evolving. Yandex, a Russian multinational corporation specializing in Internet-related products and services (most known for their search engine) conducted internal research to find out what kind of professionals the market needed. The company then launched Practicum in response to the research findings to fill the skill gaps in the workforce.

Today there are similar shifts as more traditional jobs disappear either temporarily or indefinitely in response to COVID-19 and all things 2020. Meanwhile, the tech sector is still having trouble finding skilled professionals to fill vacancies. The ed-tech sector is evolving to meet the moment and Practicum by Yandex hopes to be a strong example of how to bridge the workforce and demand.

According to Anton Eremin, Head of Product at Practicum by Yandex, this program promises students 24/7 support from tutors, code reviewers, and peers, the soft skills that will get them hired, and the chance to create up to 15 real-life projects. The program is a fully supportive remote tech boot camp designed to help students prepare for, and land a job in a high-demand area of tech via a 20-hour intro course with practice-oriented learning on an interactive platform.

Students work in teams to improve soft skills, and get career coaching through the job hunting process. A career acceleration track is included in the price of the program, and teaches CV writing, portfolio design, and industry networking. The cost of the programs ranges from $600 to $1000 with free intro courses available before buying.

Practicum utilizes a fully remote team, and approximately 50% of the learning process is conducted on their interactive platform. Tutors have at minimum 3 years of experience in the field, work as full-time developers, and receive training in how to help students learn more efficiently. Students can choose from three tracks: Web Developer, Data Analyst, or Data Scientist.

A design track is reportedly being launched next month as well. There are no admission interviews, and the programs take from 6-10 months to completion. Though this is not the only online ed-tech program addressing these skills, according to Ermin what really sets them apart is the affordability, support, and a model that combines the best of an interactive simulator and boot camp; culminating building real-life projects.