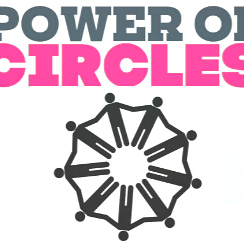 “In the 19th century, artists including Degas, Monet, and Renoir got together periodically to discuss their commissions, their patrons, and their industry. This circle met consistently, and the artists credited these small gatherings with not only making their careers but the rise of the impressionist movement,” said Scott Belsky, CEO of Behance.com, and author of Making Ideas Happen: Overcoming the Obstacles Between Vision and Reality.

For ages, small groups of trusted professionals have gathered to help advance a company, an idea, or a movement. The impressionist movement was advanced with a small circle of trusted artists, just like most companies today operate with the guidance of an advisory board. Great leaders often lead by gut instinct, but sometimes they need a check on those instincts, need affirmation, or need to be challenged.

The web has evolved how these circles form, figuratively and literally (via Google+ circles) – many operate virtually now rather than in-person lunch think tanks or advisory boards. There is power in numbers, but as Belsky mentions above, smaller circles are more feasible and realistic. Reasons for creating a circle range from simply having a circle of like minds to share ideas or information with to forming personal circles or a company-specific circle.

Long ago, you could jump on Twitter and ask your entire network for input on a business idea and your trusted confidants would weigh in, but as the web grows and social networks continue to go mainstream, the world online is getting louder, so circles are forming left and right to cut through that noise. What circles have you formed or are you a part of, either offline or online? What value do you find in the circles that have been formed since the dawn of time?

In this article:Business, professionalism