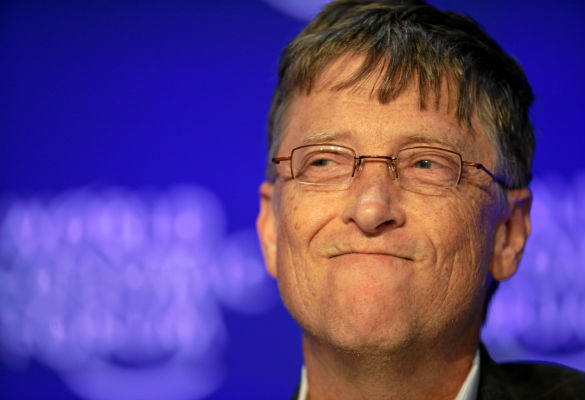 Several years ago, Bill Gates stepped away from leading the day-to-day tasks at Microsoft, leaving Steve Ballmer in charge, who has since delivered the annual Microsoft keynote at the Consumer Electronics Show. Ballmer announced last month that 2012 would be their ifnal keynote address and the last time they populate an enormous booth.

The company said in a statement that its “product news milestones generally don’t align with the show’s January timing.” Sources note that the Consumer Electronics Association mutually agreed on this being the final keynote, and many suspect that Ballmer will be back on stage eventually.

The video above remixed by artist Pogo was a hit with attendees, as reflected by the surge in social network updates by press and attendees about the video (many people tweeting about “Bing, bing, bing!”).

Going out with a bang and rejecting the status quo, Ballmer and Ryan Seacrest took the stage to deliver the final keynote (which they called a “conversation”). The video and delivery were very popular and in a conference that is easy to be overwhelmed and distracted, Microsoft delivered a hit that will not be soon forgotten (bing, bing, bing!).

In this article:CES, microsoft, Technology