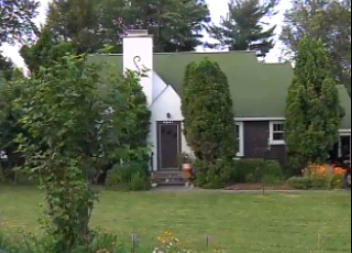 Residents in Vestal, New York held a New Orleans style funeral complete with a procession, eulogy and obituary. Traditionally, funerals are reserved for living, breathing beings but a neighborhood banded together to make a clear statement of protest against their city.

In 2009, the Rivercrest neighborhood was deemed a historic neighborhood by vote of the Vestal Town Board, a decision which they reversed when North Star Group LLC argued that making the neighborhood historic would limit commercial real estate development.

Residents agreed and sought to keep their neighborhood’s historic status, but the Board rescinded their original ruling.

Once the historic status was removed, North Star demolished three of the once deemed historic homes that they had purchased in the neighborhood to make way for a commercial real estate project.

Rivercrest homeowners are distraught over the demolition and reversal of their historic status and are seeking to make a loud statement in order to save their neighborhood from future demolition.

“The will of the people was not served.”

“The will of the people was not served. The will of one corporation was served,” said Rivercrest homeowner Colin Kavanagh.

“It’s in the interest of the people of Vestal to preserve what we have of old vestal and not to simply create another strip mall,” said Rivercrest homeowner Ross Geoghegan.

“I think in the future we’re hoping the town will act with some foresight and try to save the remaining houses and the houses that are owned by residents here,” says Kavanagh.

Although this struggle between preservation and progress is nothing new, residents express surprise at their elected officials’ allegedly sudden reversal and they seek to band together to restore the historic status of their very old neighborhood.