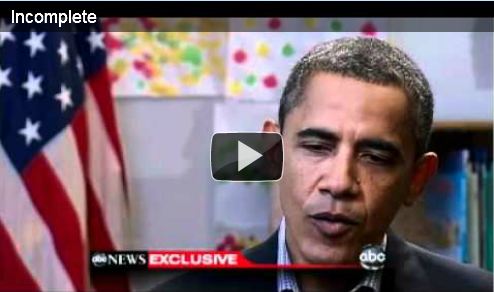 Given the rise of prominence of web videos, we are watching the shift in national sentiment according to the most popular web videos in politics each week. What struck us this week is that in prior weeks that we have shared the top 5 videos with you is that the most popular videos this week are primarily negative in nature. The last two weeks featured uplifting ads that are almost cinematic, but this week is mostly clips of candidates put up by fans of other candidates (not necessarily by any campaign official).

Additionally, Ron Paul (who everyone acknowledges “owns” the web) had a great week, and after Rick Perry dominated for two weeks, interest in his videos (views and subscriptions) plummeted this week, in line with current polling. 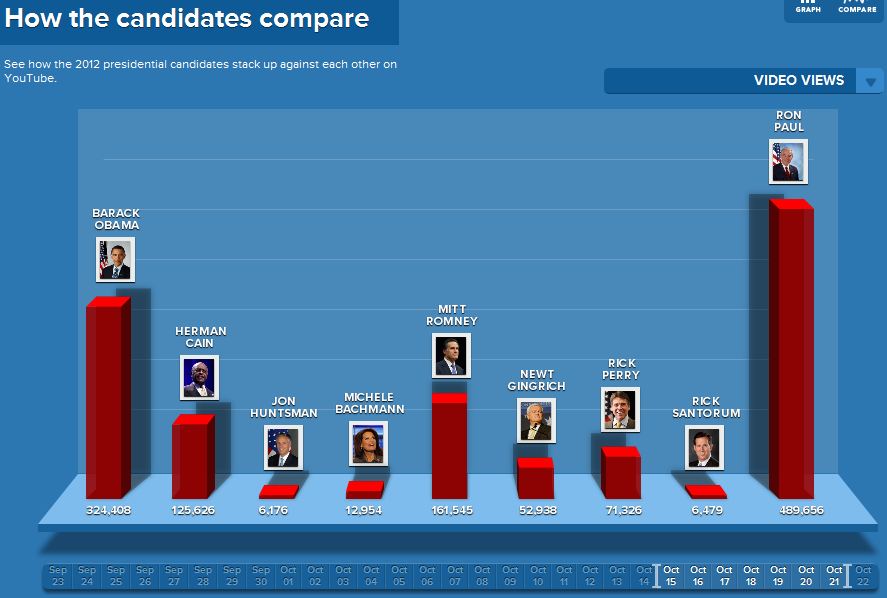 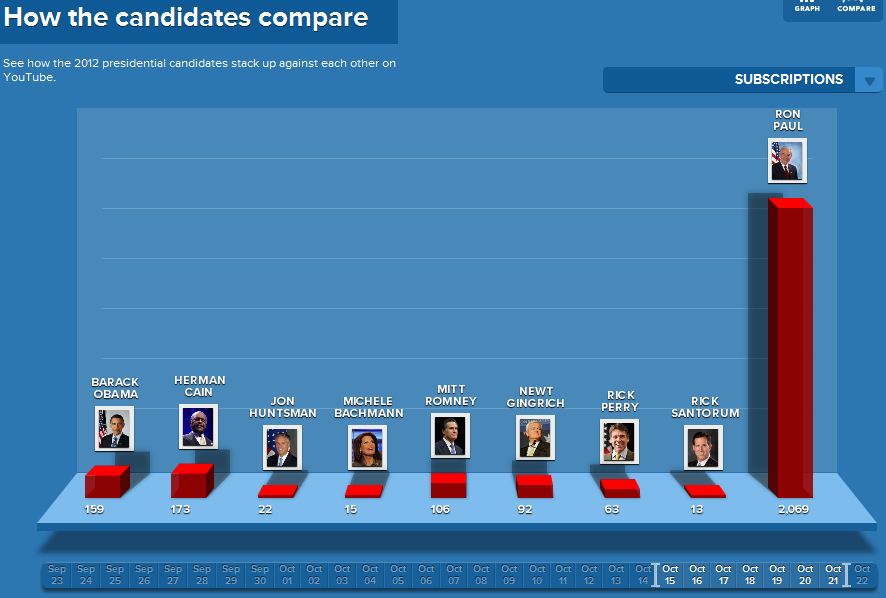 The rest of the top five:

In this article:News, politics