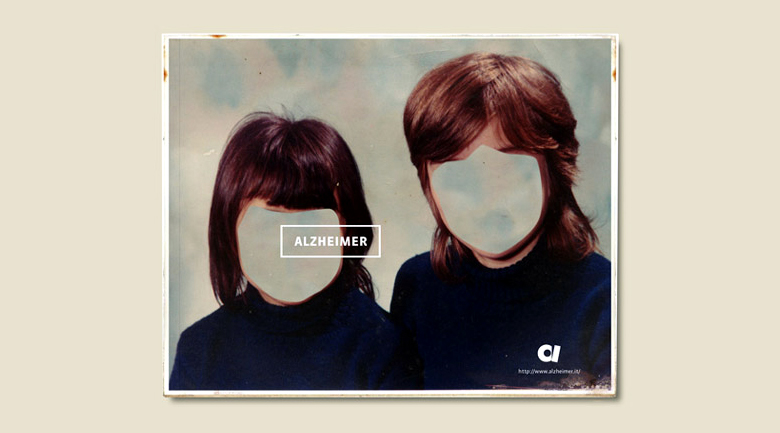 Generally, when we look back on our family photos, we are able to remember the moment the picture was taken or at least recall the time frame in which it was taken and most always can identify who is in the picture with us. Unless you simply don’t know.

And that is exactly what art director Domencio Liberti hopes to convey with his work for the new Alzheimer’s Research campaign.

Alzheimer’s is a progressive disease that destroys memory and other important mental functions. It is the most common cause of brain disorder that results in a loss of intellectual and social skills, otherwise known as Dementia. With these faceless family photos, Liberti shows us exactly what it is like to be a person suffering from Alzheimer’s disease. 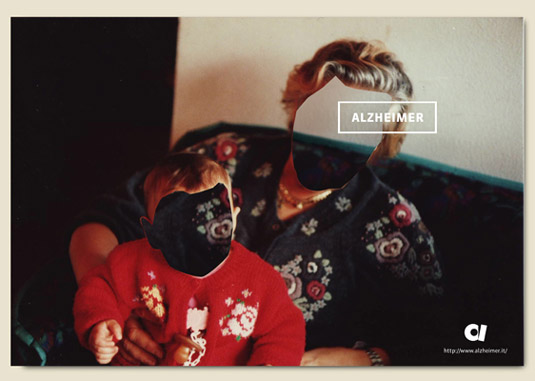 To see the faces are removed instantly hits us personally on a deep level. In addition to that, the fact that there are no words to explain the photo, other than “Alzheimer,” is simply a brilliant ad concept. This particular type of silent advertising can be affective in any arena. When thumbing through a magazine, driving by a billboard, or surfing the web… and well placed picture, with no words, can really speak more vividly than any number of words.

Since there is no cure for Alzheimer’s disease, ads like this make the stark reminder that seeking help as early as possible may help postpone the decline of mental function. Medication can temporarily improve symptoms and can sometimes aid in maintaining mental function and independence. Getting the word out about what Alzheimer’s is and the gravity of the disease is imperative to garnering attention and requesting donations.

This moving ad campaign respectfully offers public education about the disease while maintaining the integrity of the people suffering from it. In an age where it seems as though the older generations may have lost the respect of the younger ones, research ads like this really speak over perceived, “senior citizen absent mindedness.” 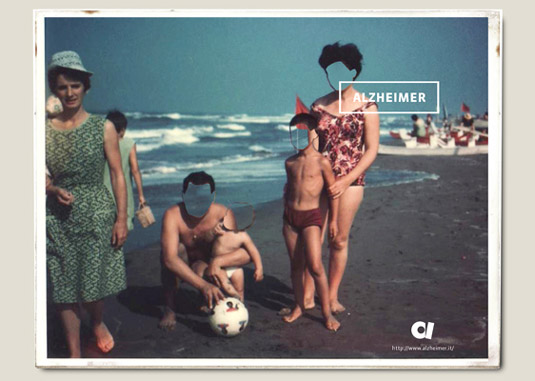 In this article:ad campaign, Marketing