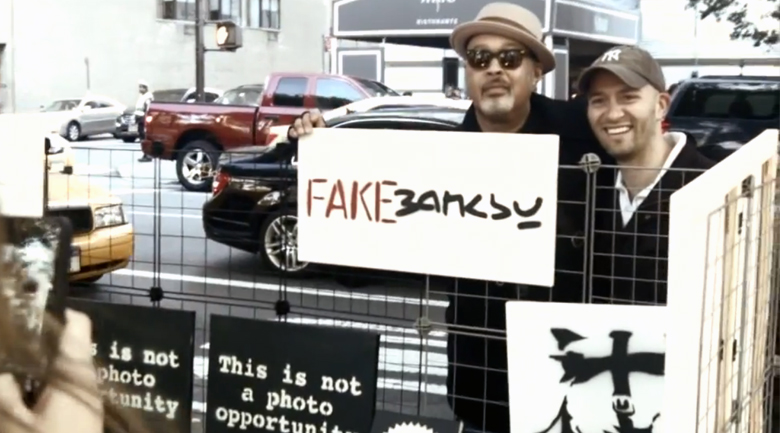 Famed British political activist and graffiti artist Banksy is well known in the U.K. for his controversial use of graffiti in public places. He has been on the scene for over 20 years and is not for hire – all of his work is either painted out of inspiration on canvas, or as statements on public walls and highly visible areas.

Read also: Banksy anonymously sells prints on the street, almost no one buys

Recently, the iconic artist anonymously set up a street booth in NYC’s Central Park, manned by a salesperson, filled with original Banksy prints for only $60 each. Only three prints were sold all day, mocking the value of social proof, wherein if everyone knows they’re real and that Banksy himself sent prints to the street, everyone would flock.

Inspired by Banksy’s experiment, Dave Cicirelli, famous for his hoaxes and book ‘Fakebook,” set up his own booth just one week after Banksy’s sale, offering “Fake Banksy” prints for the same price and setup as Banksy’s booth. In the exact same spot where Banksy’s rep sat ignored for a day, these artists included a “Certificate of Inauthenticity” and made it clear by signs and verbal warnings that all art was a ripoff.

“We wouldn’t have sold any, if not for the media hype around Banksy,” acknowledged Cicrelli in an email to AnimalNY. “That was kind of the point—we wanted to complete his statement about the nature of hype and the value of art. Banksy’s stunts have created a haze of uncertainty around everything, and we created ‘Fake Banksy’ within that haze.”

What this says about social proof and hoaxes

We suspected originally that most people walked by the real Banksy booth, assuming they were disgusting forgeries, and because no one was tweeting about getting a hell of a deal on prints that would normally cost thousands, there was no hype behind the event – exactly Banksy’s point.

But when people know something is a mockery, even a mockery of a mockery, it is fun and transparent, and buzzworthy.

Both booths are a fascinating experiment in social proof and how our highly our culture values the opinions and thoughts of others – if the city wasn’t highly aware of Banksy’s visit to the Big Apple and his booth hadn’t been a flop, Fake Banksy wouldn’t have had the context it does, and wouldn’t have had the approval of residents as it did.

We now flock to the web to ask our friends where we should eat dinner, then we go see what strangers on Yelp say, and when closer to a decision, we announce our choice via social networks for approval of our friends and family. It has become the natural course, and when brands ignore the value of social proof, it is to their own demise, as Banksy himself proved earlier this month. 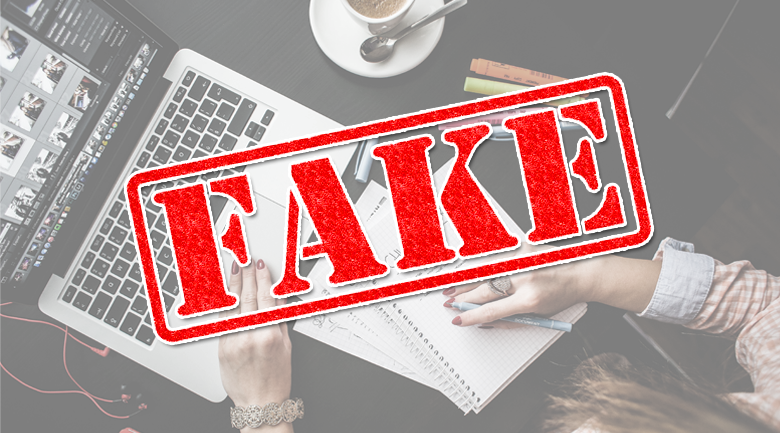 As an experiment, a fake business was created to see if people would review it, and even after revealing it's a hoax, his phone... 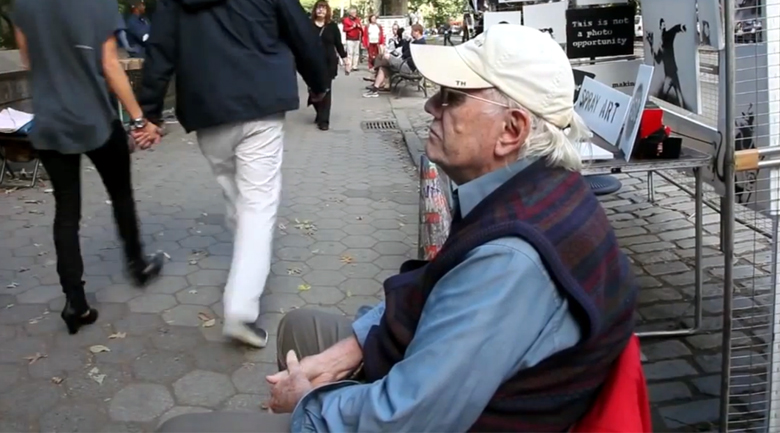 Banksy anonymously sells prints on the street, almost no one buys

As a case study in the value of social proof, Banksy sets up shop and quietly discounts prints, barely selling a single one. 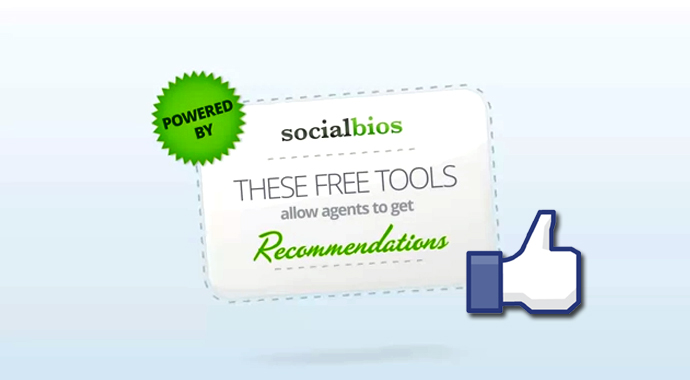 HyperSocial Connections: how buyers are connected to agents

After acquiring SocialBios in 2011, Realtor.com has now launched their HyperSocial Connections tool which shows consumers who they have in common with any agent...