This past week I was in Toronto attending RRi Mastery 2007, a 3 day high level training program for some of Canada’s top Realtors (and a few from the US).

This was the 4th time I’ve been able to hear Richard Robbins speak, and as always, it was great.

I had the pleasure of meeting a fellow blogger and AG reader Steven Campbel. Check out the picture of me and Ari ‘Ziderforce’ Zider sitting front and centre.

Over the next few weeks I’m going to share some A-HAs I had about my business, in the hopes that what helped me can help you. This will work best if you’re really active in the comments about what works well (or not so well) in your business.

Too often when a lead comes in (an email from your blog, a call from a local investor etc.) we are quick to dismiss it. Maybe they don’t want to meet in person, maybe they aren’t clear on what they want, maybe the rapport just wasn’t there when you spoke on the phone. Maybe they don’t follow up with us, and we forget about them. Sometimes we promise to get back to them with info and fon’t follow up the next day, or the day after… and pretty soon we say it’s too late to call. We’ve all done it.

I was speaking to a top agent from Toronto at the program, and he related a story to me. In May of this year, his team came to him and said they weren’t getting enough leads coming in – at least not quality leads.

The top agent sat down with a list of every lead that had come into his team’s office since January, just five months, and he called them all to see if they were still interested in buying or selling property.

What he found was staggering. 55 of the leads had bought or sold real estate already, after speaking to his team. Multiply 55 by a $5000 average commission, and you have a $275,000 oversight.

Better follow up & lead qualification would have added more than an extra quarter million dollars in revenue for his team in less than half the year. What is it costing you?

After hearing that story, I sat down and made a list of 30 people who I’ve met with and not yet done business. This list represents 30 investors who need my help to build their wealth, and one of the things I’ll be doing this month as we ramp up for 2008 is contacting and re-qualifying (more on that soon) them, and doing business with them.

How much money have you left on the table by not following up with your leads?

If you have 30 people who are ready to buy and sell waiting to be contacted by you (and you better do it before someone else does), and your average commission is $5,000, that’s $150,000 waiting for you to act.

What idea can you implement this month to double your business in 2008? Let us know in the comments ! 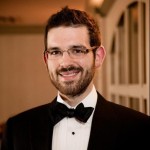 Benjamin Bach is a REALTOR with Keller Williams Realty in Kitchener Waterloo, Canada (home of the Blackberry) and shows people how they can avoid a mediocre retirement by building wealth through smart Real Estate Investments. You can find out more at Kitchener-Waterloo-Real-Estate-Investments.com