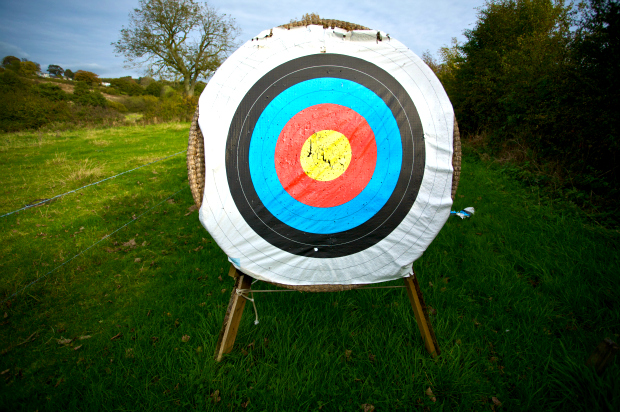 The perfect storm of maximum visibility is a delicate balance of getting the right thing in front of the right people conveyed in the right way.

You’ve probably already built something really great. Check. Maybe you’re even lucky enough to have someone on your team who knows how to attract potential customers through content in just the right way. Double check.

But the third element is the most critical to decreasing your workload in marketing. The message of your magical product, or genius service has got to be delivered to the right audience.

Marketing is NOT a numbers game

Some would have you believe that marketing is about getting your message out to as many people as possible. This is a serious error in logic, leftover from the days when it was harder to figure out who the people were one wanted to market to, or how to be sure you were reaching them.

Under those circumstances, the numbers game is the only game in town – reach as many people as you can and hope that some minority of them want what you have to offer. But with so many other smarter, easier options, why pick the path of most resistance?

Let’s think about this.

If you created, say the perfect luxury vacation package, but only told people who couldn’t possibly afford it, you might get some great buzz going, but probably end up with low sales.

Why is this? There isn’t an abundance of science on online social networks to give a definitive conclusion about how we behave online yet. However, plenty of psychological studies on the way people congregate in general exists to show that humans tend to cluster in groups of people similar to them.

If this is true, then word would circulate mostly among the people who could not buy your product. It’s possible that with enough buzz generated, word would break out of the peer group who couldn’t afford it into the group of those that could – after all, there has to be some overlap between these groups somewhere. Just because a person can’t afford something, and most of their friends can’t, it doesn’t mean that they don’t have cousins, bosses or neighbors who do.

Since those people would be in the minority, even in that case, it’s unlikely to have similar penetration as buzz that started among the group most likely to buy.

Getting your target right

Obviously, marketing the right thing to masses of un-targeted people, hoping that the odds will bear this out, won’t bring the best results. And yet, even the seasoned marketer falls into this trap at times.

This is also what is wrong with the idea of creating a “viral video.” You can create a video. You can hope it goes viral. But by definition, there’s no such thing as creating a viral video, because there’s no way of telling what content goes viral, though having an existing distribution network helps.

That aside, let’s just pretend that your LOLcatz video goes viral, and ten million people see it. If you sell patio furniture, odds are pretty low that this visibility does anything to help you increase sales at your site, or in your local store. So it’s not about delivering the idea of the great product in the right way either.

If none of that works, what DOES?

Let’s look at what happens with the right target market.

If you make some kind of killer app for CEOs, which would be better? Getting 1,000 CEOs who love it, or 100,000 lawyers, one percent of whom also happen to be CEOs?

It’s the same number of CEOs. So why expend the extra effort to appear to have a bigger audience? Bearing the cost in time and labor that comes with managing an audience that size, when you’ll end up with the same results in the end.

Not only that, even if many other elements of the equation are off, with the right target, you can still recover. Your content can sometimes be okay instead of spectacular – if it’s properly targeted, it can still draw enough interested people for you to develop a better connection with over time.

Your initial product could be incomplete, but crowdsourced suggestions from a crowd that actually cares could bring you to the ultimate solution.

The right audience is the essential element to efficient marketing. You won’t need to move millions of units to break even. If you’re talking to the right people, thousands will make your company profitable instead.

Obviously you want to dedicate whatever resources you can to marketing your startup. What’s the point of building the world’s greatest app, widget or sandwich if no one ever knows about it?

So how do we find this audience?

By paying attention to the people we want to serve. If you can, do this before you create anything. Find out their pains and desires. Ask them what they want. It’s cliche to say not to talk at them, but with them, but like most cliches, these sayings come from a place based in truth.

Even if you have no intention of attempting search engine optimization, do some basic keyword research. This can help you understand the context of the problems people have when they’re seeking solutions. A sub-set of the people who use Google to discover answers to their questions are also using social media, Q&A sites, or forums.

Understanding the people you’d like to buy from you will help you run a more efficient business.

In this article:Marketing, News, startup visibility