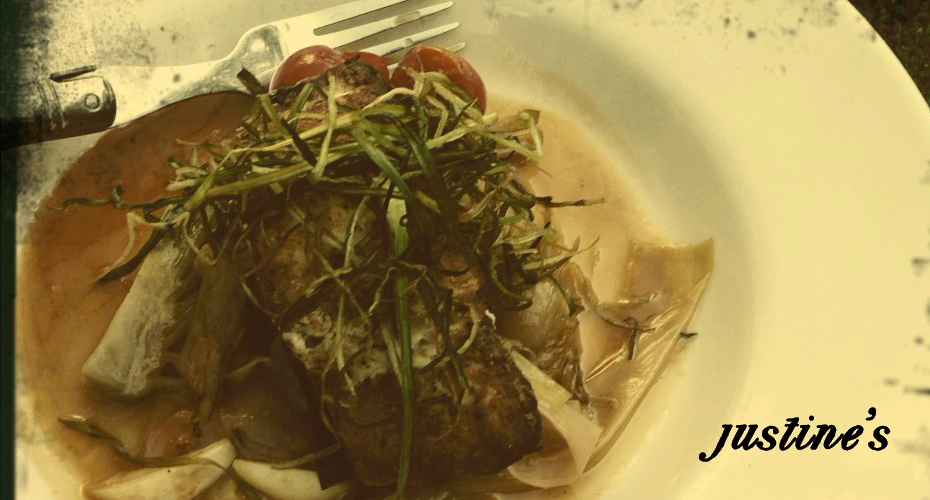 Justine’s is true to form: rebellious

Putting a Parisian restaurant in an Austin neighborhood that is a little rough around the edges is rebellious on its own merit, but throw in some loud music and a punk-style website, and you’ve got the vibe of Justine’s Brasserie, a hipster and foodie favorite, where one of the only photos of food on their website is the above image which some would argue is less than desirable, but reveals they were Instagrammy before Instagram was cool.

The restaurant is a polarizing destination in the city, with some people claiming the best food they’ve ever eaten, calling it the closest thing to Paris they’ve ever had outside of Paris, with others condemning the loud music and lackadaisical waitstaff.

Staying true to their brand, the restaurant collected negative Yelp reviews about them from Yelp and dedicated an entire page called “Amazing” on their website to them (warning, do not click if you have epilepsy, we’re serious): 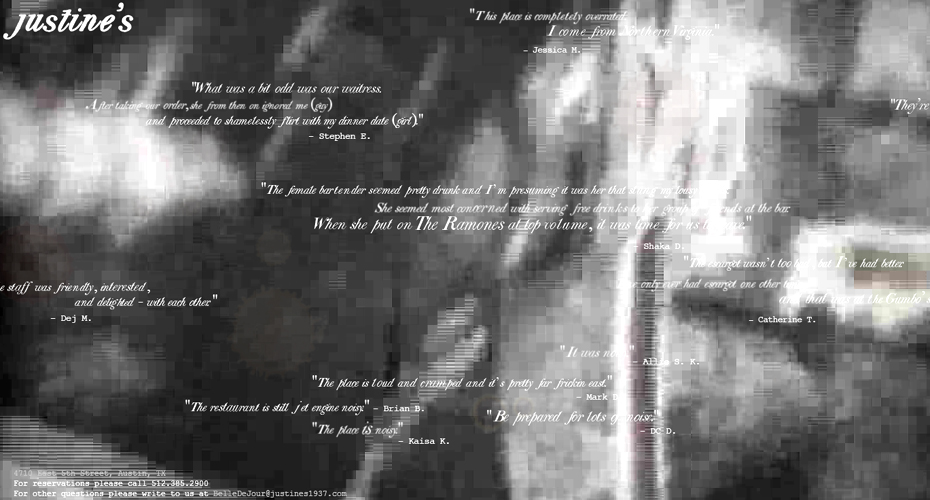 You may find it difficult to read, or even obnoxious with the moving image behind small font, but the truth is that the page goes along with their brand – it’s punk, it’s rebellious, and it’s so French it smells a little bit like long, skinny cigarettes.

Negative Yelp reviews and you

Negative Yelp reviews are now a part of most business’ culture – you can’t make everyone happy. While businesses take different approaches toward addressing negative reviews, some mocking the bad reviews, others connecting directly with the displeased consumer to attempt to resolve it.

What Justine’s teaches us is that negative Yelp reviews are inevitable, and they should be dealt with in accordance with your brand culture. If your company is playful and kind of punk, be like the New York Pizzeria that began printing negative reviews on employees’ shirts, giving loyal customers a good laugh and increased loyalty. If your culture is more concierge, your approach could be sending a hand written apology note with cookies to the negative reviewer, asking for a second chance.

Ignoring negative Yelp reviews or responding negatively in kind are no longer an option for businesses, so take action in a way that is consistent with your brand, just like Justine’s did.