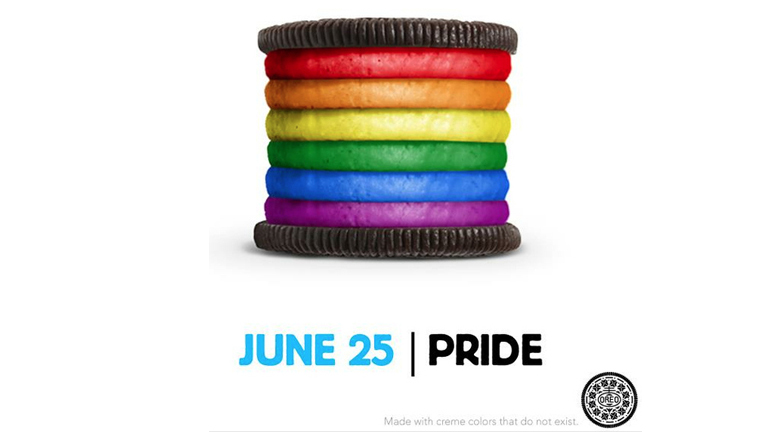 There is always something to learn from companies that aren’t afraid to make a statement, to take a stand. Oreo is no exception. For June 25th, also known as Pride Day, Oreo released a picture of an Oreo cookie with six layers of filling, each one a different color of the rainbow, as seen above. The ad was simple. Just the picture, the date, and the word “pride.” That’s it. But it spoke volumes, and everyone that viewed that ad knew exactly what Oreo was trying to say. Unsurprisingly, the response was prolific and represented all sides of that hot-topic issue. So, what can you and your brand learn from all of this?

As a result of this straightforward, yet simple, ad, Oreo had more than 117 stories written about them, the majority being published in tier-1 publications. That’s not counting the social media coverage and blogs written about the ad and the company in general. That one ad was shared over and over again. So, it comes down to this: Oreo earned that free publicity. And that’s the best kind of publicity. They earned every article, every Facebook share, every tweet, and every blog post. It doesn’t matter how you feel about the statement they made, but they deserved that attention because they took a stand for their beliefs and what they wanted their company to represent.

While Oreo did take a stand, the truth is that they undoubtedly alienated a portion of the loyal customers. Again, leaving the politics and ethics out of the ad and analysis, Oreo could have retained every customer’s loyalty just by staying neutral. It wasn’t absolutely necessary for them to take a stand; they weren’t being called to take action. However, they did. They must have known their ad would cause a controversial stir. And it did.

Oreo may have rubbed some of their customers the wrong way, but it also created an even more loyal customer-base of those who agree with the statement their rainbow-colored Oreo made. So, take Oreo as an example for your business. Pick an issue that’s important to you or your business and be direct.

Take a stand for what you feel is right. Be assertive. Earn free publicity the right way, by adhering to your beliefs and the beliefs of your brand. Don’t make a statement that you’re not willing to back up in the present and in the future, just like Oreo.

In this article:controversy, Marketing, viral marketing