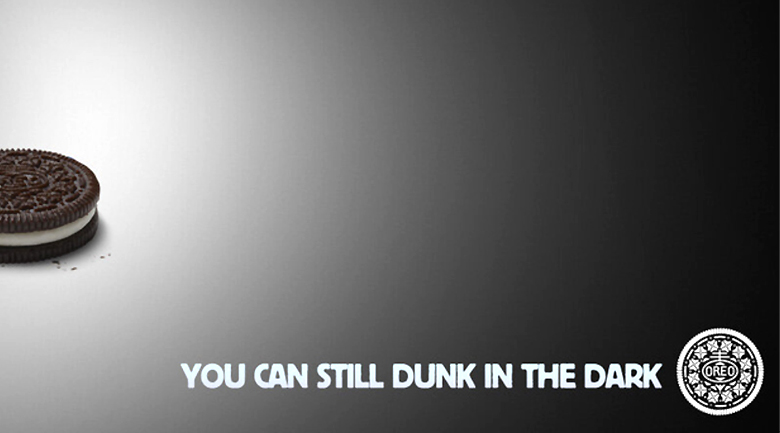 Planning for a crisis makes your company more nimble

While the Super Bowl blackout did not make those associated with the operation of the event look particularly great, there was one big winner resulting from the blackout: Oreo Cookies. Within 11 minutes of the stadium blackout, Oreo had a new ad tailored to the moment spread among its social media channels.

The Oreo brand’s marketing company 360i reveals on its company blog that in addition to its own staff, representatives of five separate departments of Oreo plus key brand executives were together managing the company’s social media presence during the game. At least some portion of the planning put into having such people present was very likely centered upon how the company would respond if all did not go well with their advertising campaign, but having decision makers in the room during a major event proved to be a genius move on their part.

It is clear that they were focused on positive communication to support their brand, but the structure was prepared equally for offense or defense.  By being prepared, Oreo was able to take advantage of a unique moment in a creative way.

Responding quickly in any situation

Where was Blackberry the week of their new device launch? Ages behind Oreo in Twitter-time and not nearly as creative. They only took 30 minutes to respond, but it was the same sales link they had tweeted several times already during the night. Oreo had over 14,000 retweets; Blackberry just over 100.

Whether or not your company has a Super Bowl ad to support, you can apply the principles in this scenario to your own business through adequate planning and by responding in real time to emerging pop culture moments.

Your planning can be proportional to the size of your business and industry – you don’t need representatives from all over your company constantly paying attention to social media. But you do need to have someone who can make critical decisions in a position to do so on short notice. Plan well for problems and you will find yourself far more prepared for opportunities.

Waiting for the lights to come back on? Check out what #BlackBerry10 can do: blck.by/11ETbBZ

Power out? No problem. twitter.com/Oreo/status/29…