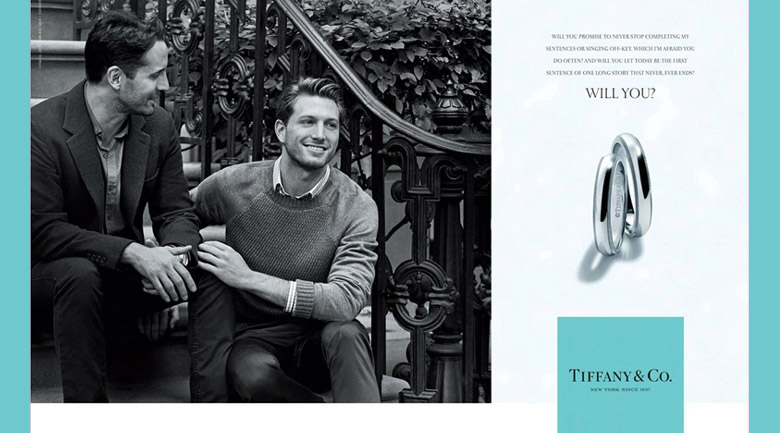 In the last few years there has been amazing progress toward the acceptance of same-sex relationships. This month saw another great stride as the jewelry company, Tiffany’s, released an ad featuring a same-sex couple. What’s even better is that the two men featured in the ad are a real-life couple who reside in New York City.

Tiffany’s latest venture is to shine a light on the diversity found in couples. Their new campaign featured seven real-life couples, including the same-sex couple, who are all in the midst of getting engaged.

The ad shows the two men sitting on the steps of an apartment building and features two engagement rings made specifically for men. The lovely bands are shown below an idea that reads, “Will you promise to never stop completing my sentences or singing off-key, which I’m afraid you do often? And will you let today be the first sentence of one long story that never, ever ends? Will you?”

Why Tiffany’s chose this route

A spokeswoman for Tiffany’s explained the campaign with, “Nowadays, the road to marriage is no longer linear, and true love can happen more than once with love stories coming in a variety of forms.”

She expanded by saying that a Tiffany’s engagement ring is “first sentence of the story that a couple will write together as they create a life that is deeply intimate and exceptional, which is the message we hope to convey through this campaign.”

Unsurprisingly, this ad quickly went viral, getting a great amount of positive attention on social media sites such as Twitter and Tumblr. The excitement is very warranted and the campaign is a step in the right direction as well as a strategic financial move.

With more and more legality coming into play in terms of same-sex marriage there is an increasing demand for engagement rings that are suitable for every type of couple. Tiffany’s should be getting great business from the gay and lesbian couples who have been struggling to find the perfect ring.

This new advertisement campaign is an amazing way for Tiffany’s to kick off 2015 and it is only a matter of time before rival brands follow suit. 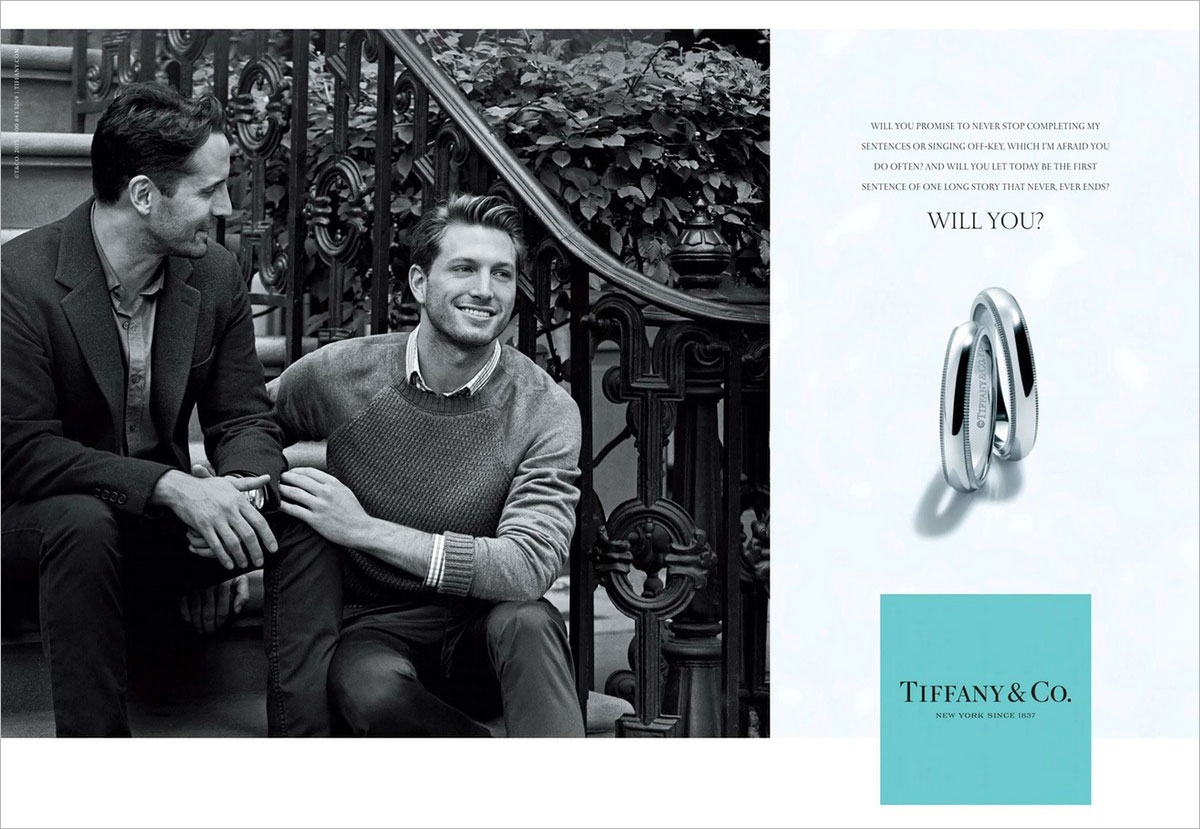