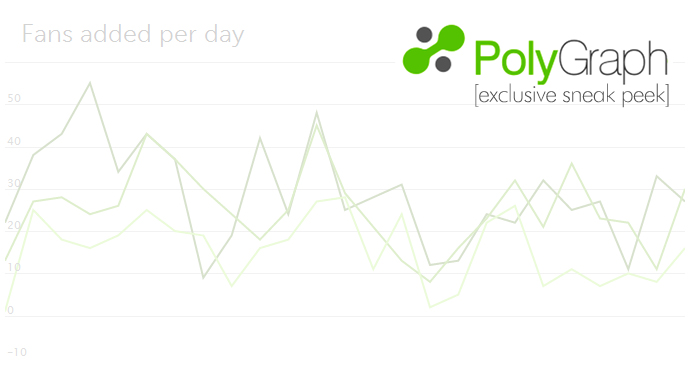 There are two dramatic problems with digital marketing as it stands today. First, monitoring metrics work well for sites you own, but for social networks like Facebook and Twitter, metrics are nowhere near as useful as they could be and the available tools are enterprise level that cost an arm and a leg. Second, much of today’s interactions on social networks is somewhat insincere.

In an exclusive first look, AGBeat got to take a peek behind the scenes of Polygraph, which seeks to solve both problems presented above by mining public Facebook pages for every social interaction that has occurred, and presents analysis to users in an easy to understand and actionable report. Polygraph was designed “to turn social media measurement into a left-brained, actionable activity.”

Polygraph CEO, Chris Tredaway told us that what passes for expertise today is laughable and that one of the startup’s goals is to “cut through the empty platitudes of social networking.” Immediately upon using the platform, we were stunned at the depth of information that was suddenly available to us at an unprecedented level of detail. Not only could it be useful for our own brand, but for getting detailed insight into competitive brands’ efforts on Facebook at a granular level.

Polygraph was built by CEO Chris Treadaway, who was a Microsoft Group Product Manager, Web and Social Media Strategy from 2005 to 2008 and in 2010, co-authored Facebook Marketing: An Hour A Day and CTO, Robert Starek, three time startup founder, Windows Azure cloud services expert and architect, and owner of 11 patents in big data and data security.

For six months, the team meticulously built Polygraph and it is important to note that the product is a data mining platform – they are not using the Facebook API which is traditionally used to regurgitate publicly available information to unsuspecting buyers. The Polygraph product is extremely sophisticated and built entirely on Microsoft’s cloud services – Windows Azure. They soft launched the product in November 2011 and will be launching to the public later this month.

Treadaway told us that Polygraph is currently being used by a “number of top tier agencies, who are blown away by it.” He added that the product works as well for small companies and properties as it does large.

Already becoming known in some circles as the Compete.com for Facebook, users can analyze their own pages, competitor pages, or get a comparison report. For as little as $99, anyone can get a report on their competitor, which we suspect will be the company’s strongest suit – private reconnaissance.

Below are dozens of data visualizations that will be available when Polygraph launches, and the company says they will continue to improve and add to future versions of the product (and some of these may be altered prior to the public release):

To give you a taste of the Polygraph visualizations, below are basic overview results for (a) our Facebook Page and (b) comparing Keller Williams, RE/MAX and Century 21’s corporate Facebook Pages (click to enlarge): 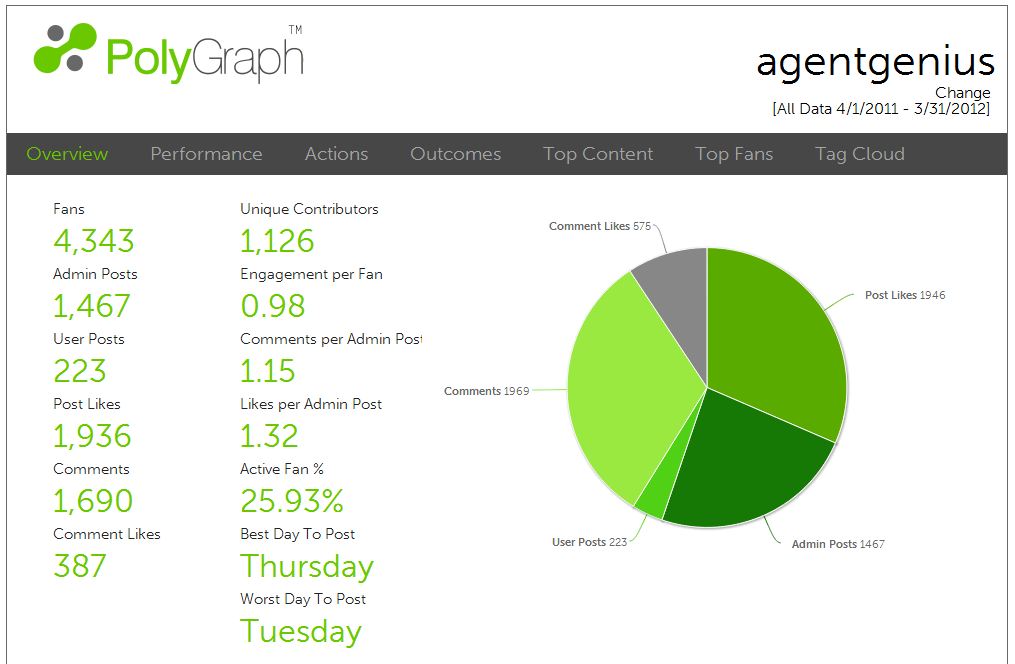 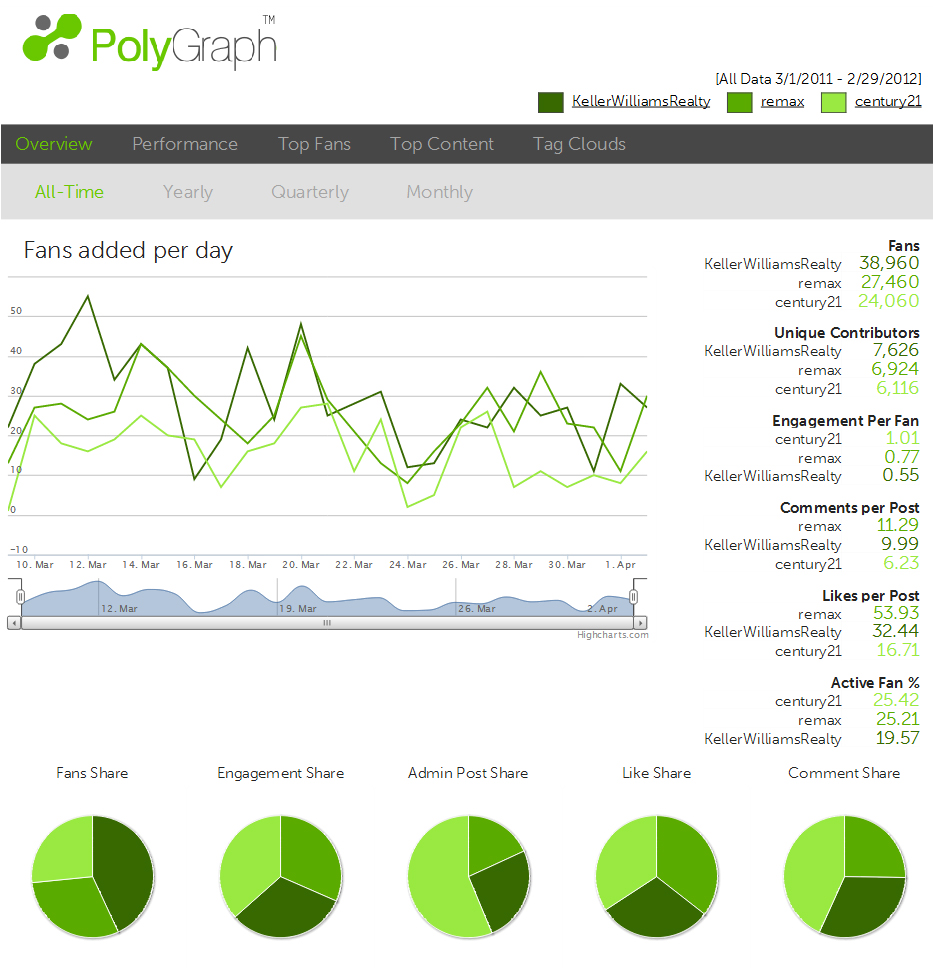