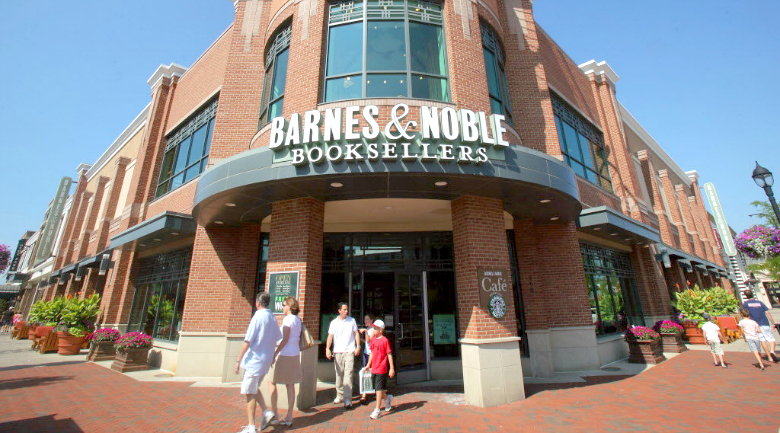 The last of its kind

Barnes & Noble may not be trending as the most progressive or popular company out there, but as the last remaining national bookstore chain in America, one thing they are is tenacious. The company has recently taken that tenacity and started another business venture: prototype stores that merge bookstores and restaurant.

Barnes & Noble predicted in 2013 that they would be closing a sobering amount of stores, but they’ve actually closed fewer stores than planned and are now going to add restaurants to keep their doors open. This isn’t like the typical Starbucks’s we’re accustomed to seeing in their bookstores either, there will actually be no signs of scones or coffee, but a full service restaurant complete with wine. Yes, wine.

These hybrid book stores (with wine) will be available to consumers October ’16 with the first store located in Eastchester, NY. The rest of the stores will be rolled out at the end of the ’17 fiscal year, located in area’s including the Edina Galleria in Edina, MN, the Palladio in Folsom, CA, and at One Loudon in Loudon, VA. These areas were chosen because they contain a more upscale market with customers that might enjoy a book, a meal, and glass of wine at the same time.

Currently, Barnes & Noble has just above 600 stores in the U.S. and although they are the largest physical bookstore to date, they still have widespread competition to outsmart; which justifies these prototype stores. Books-a-Million is the only other physical bookstore and is Barnes & Noble’s biggest rival, other competitors include general retailers like Amazon, along with regional and independent booksellers.

In addition to outsmarting the competition, Barnes & Noble has to also capture the eye of a generation that are too busy with work, life, kids, or reading AG articles, to sit down and read a book.

You all go try it out, Gretchen and I will pass

Barnes & Noble’s new layout is out of the ordinary for the typical bookstore goer, but is definitely worth a try. The new restaurant merger, if executed right, will provide more diverse revenue opportunity for the company and a more social environment for readers.

I can’t, however, say with confidence that I’ll take advantage of the merger; any time I see a Barnes & Noble, I’m conditioned to think of Mean Girls. But when I try to comprehend the now possibility of being mid-food-and-book, I remember Gretchen and her Barnes & Noble incident and just can’t commit.

But let us know how it is!

Google’s ambitious plans to change every device on the planet

Are Gen Z more fickle in their shopping, or do brands just need to keep up?

(BUSINESS NEWS) As the world keep changing, brands and businesses have to change along with it. Some say Gen Z is fickle, but others say it is the nature of change.

We all know that if you stop adapting to the world around you, you’re going to be left behind. A recently published article decided to point out that the “fickle” Gen Z generation are liable to leave a poor digitally run site and never return. Now of course we’ve got some statistics here… They did do some kind of due diligence.

This generation, whose life has been online from almost day one, puts high stakes on their experiences online. It is how they interact with the world. It’s keyed into their self-worth and their livelihoods, for some. You want to sell online, get your shit together.

They have little to no tolerance for anything untoward. 80% of Gen Zers reported that they are willing to try new brands since the pandemic. Brand loyalty, based on in-person interaction, is almost a thing of the past. When brands are moved from around the world at the touch of your fingertips there’s nothing to stop you. If a company screws up an order, or doesn’t get back to you? Why should you stick with them? When it comes to these issues, 38% of Gen Zers say they only give a brand 1 second chance to fix things. Three-quarters of the surveyed responded saying that they’ll gladly find another retailer if the store is just out of stock.

This study goes even further though and discusses not just those interactions but also the platforms themselves. If a website isn’t easy to navigate, why should I use it? Why should I spend my time when I can flit to another and get exactly what I need instead of getting frustrated? There isn’t a single company in the world that shouldn’t take their webpage development seriously. It’s the new face of their company and brand. How they show that face is what will determine if they are a Rembrandt or a toddlers noodle art.

The new age of online shopping has been blasted into the atmosphere by the pandemic. Online shopping has boosted far and above expected numbers for obvious reasons. When the majority of your populace is told to stay home. What else are they going to do? Brands that have been around for decades have gone out of business because they didn’t change to an online format either. Keep moving forward.

Now as a side note here, as someone who falls only just outside the Gen Z zone the articles description of fickle is pompous. The stories I’ve heard of baby boomers getting waiters fired, or boycotting stores because of a certain shopkeeper are just as fickle and pointed. Nothing has changed in the people, just how they interact with the world. Trying to single out a single generation based on how the world has changed is a shallow view of the world.

(BUSINESS NEWS) It is inevitable that when a new successful trend comes along, other companies will try to make lightning strike twice. Will the audio chat room catch on?

Businesses are always about the hot new thing. People are the always looking for the easiest dollar with the least amount of effort these days. It tends to lead to products that are shoddy and horribly maintained with the least amount of flexibility in pleasing their customers. However, you also have to look at the customer base for this as well. You follow where the money is because that’s where its being spent. It’s like a merry-go-round, constantly chasing the next thing. And the latest of these is the audio chat room.

During the pandemic the entire world saw an eruption of social audio investments. Silicon Valley has gone crazy with this new endeavor. On the 18th of April this year, Clubhouse said it closed on some new funding, which was valued at $4 billion for a live audio app. This thing is still in beta without a single penny of revenue!

The list of other companies who have pursued new audio suites (either through purchase or creation) include:

This whole new audio fad is still in its infancy. These social media and tech giants are all jumping headlong into it with who knows how much forethought. A number of them have their own issues to deal with, but they’ve put things aside to try and grab these audio chat room coattails that are running by. It’s a mix of feelings about the situation honestly. They are trying to survive and keep their customers.

If a competitor creates this new capability and they stay stagnant then they lose customers. If they do this however without dealing with their current issues then they could also lose people. It’s an interesting catch 22 for people out there. Which group do you fall in? Are you antsy for a new toy or are you waiting for one of these lovely sites to fix a problem? It’s another day in capitalism.