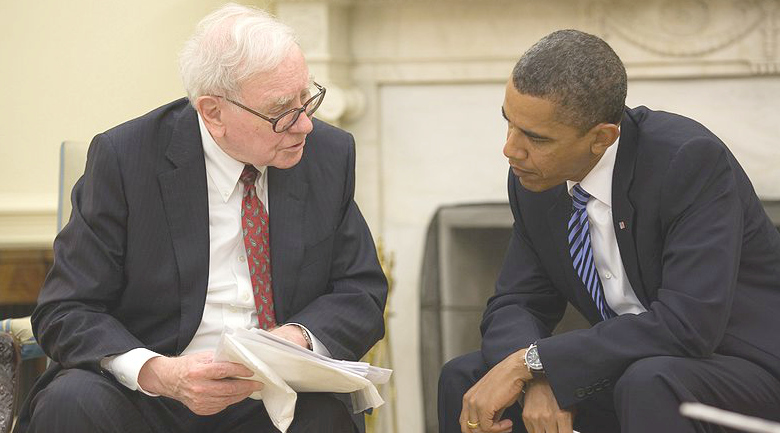 Recently revealed $1B stake in Apple

Warren Buffett’s Berkshire Hathaway Inc revealed a more than $1 billion stake in Apple Inc in a rare foray into the technology sector, which Buffett has largely shunned apart from a poorly performing investment in IBM.

According to Reuters, “Shares of Apple rose 3.7 percent on the news, closing up $3.36 at $93.88. Berkshire made its investment in the first quarter, before the iPhone maker in April reported its first quarterly revenue decline in 13 years.”

In search of technology

It seems apparent that Apple CEO, Tim Cook is looking to develop other technologies for the Cupertino, California-based company, and last week unveiled a $1 billion investment in Chinese ride-hailing service Didi Chuxing.

Read also: What crappy first jobs did these billionaires have?

In fact, Synovus Trust Company portfolio manager Daniel Morgan, noting that Buffett is known as a value buyer, added his take on the proceedings, saying; “That kind of puts the icing on the cake that Apple now is probably considered more of a mature technology company, like we would think of Microsoft, Intel or Cisco.”

Meanwhile, it is reported that the world’s third-richest man, Berkshire Hathaway chairman Warren Buffett is behind a consortium of investors bidding for some of Yahoo’s internet assets. Also on board: Quicken Loans founder and Cleveland Cavaliers owner Dan Gilbert.

Why Buffett and Gilbert would be interested in a declining business like Yahoo remains unclear. Forbes recently pointed out that although in a possibly unrelated move, “Yahoo Finance did host the first livestream of Berkshire Hathaway’s annual shareholder meeting. Last quarter, Yahoo reported $0.08 in adjusted earnings and $1.09 billion in revenue, both down significantly from the same quarter a year ago.” At the time, Yahoo executives said the strategic alternative process was the company’s top priority.

Forbes also points out that Verizon has long been the rumored front runner for Yahoo, ever since it bought AOL’s similar media and advertising business in June of last year. The wireless giant wants to create an advertising technology platform that leverages the company’s deep knowledge about its more than 140 million customers.

In meetings, our CEO, Benn Rosales wondered aloud, “could be Buffet buying up tech companies to combine and compete with Facebook?” It’s just a theory, but if that ended up being the long game, Buffett would certainly be in the best position to combine disparate brands for a mega competitor.