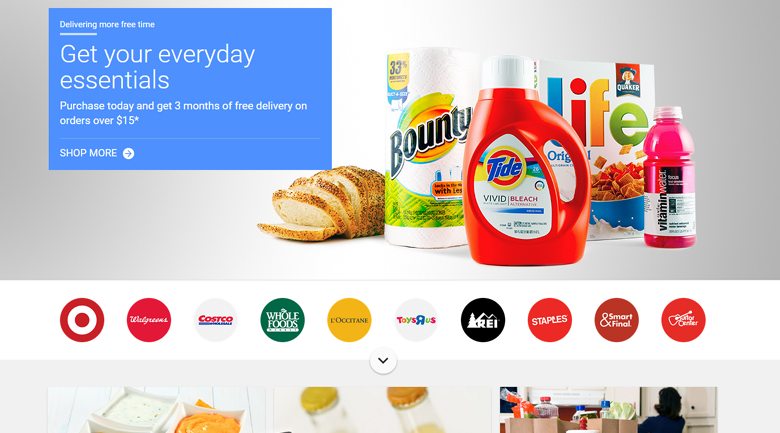 Google to test out grocery delivery

It used to be that you went to Google when you needed a search engine, and to Amazon.com to buy books. Obviously both of these mega-corporations have vastly spread their wings to provide products and services in a number of different markets. Now, Google and Amazon want to deliver fresh food, like groceries, and hot, ready-made restaurant meals directly to your door.

Read also: Text Magic to get any service or product delivered to you

Later this year, Google plans to test out its new grocery delivery service in San Francisco and one other yet to be announced US city. Google Express already delivered general merchandise, including non-perishable food items, from its warehouses. Now Google will work with Whole Foods and Costco to deliver groceries, including fresh produce, the same day that a customer places an order.

According to general manager of Google Express, Brian Elliot, “it’s our incentive, as well as the merchant’s incentive, for us to help customers get the full store delivered to them.”

Google is playing catch up to Amazon, whose service, Amazon Fresh, began delivering groceries in the Seattle area in 2007. In the past two years, they’ve expanded the same-day delivery service to Los Angeles, San Diego, San Francisco, New York, and Philadelphia.

Amazon has taken it one step further. In a recent press release, Amazon announced that they will also begin delivering hot foods from select restaurants in the Seattle metropolitan area. Customers can order food from a handful of restaurants and get them delivered by Amazon via a mobile app. To generate interest in the service, Amazon is temporarily offering free delivery.

The entrance of these ecommerce giants into the delivery service market must have some small delivery businesses, such as Instacart, concerned about the competition. A recent report found that Amazon offered the lowest cost delivery service in New York.

What do you think? Are Google and Amazon offering a great customer convenience, or are they overstepping their territory by competing with smaller delivery companies? Are they really just the Walmart of the web, snuffing out smaller brands, or are they innovating like no young brand can?

In this article:amazon, google