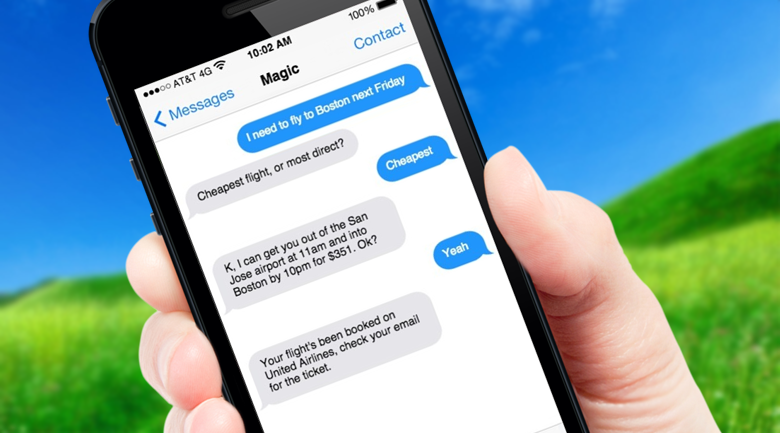 My generation will either go down in history as A) The most innovative and inventive generation mankind has seen to date, or B) The bar-none zero-competition most lethargic pile of bodies ever to call themselves humans.

By the time I turn 40, I expect there to be an artificial intelligence for anything and everything. From a Roomba that ties my shoes to a coat rack that tells me that I’m not too old to sport a letterman jacket, robots are going to be running things.

This puzzlingly awesome service, aptly titled “Magic,” connects you to an invisible delivery elf that works at every store you can think of. All you have to do is text the magic word (hint: it’s magic. The word is literally “magic.”) to the company’s main line, and the wizard responds in an instant.

Read also: Fancy Hands – hire out menial tasks so you can stay focused

Are you put off by the idea of having to put on actual pants in order to grocery shop? Well, if you’re above taking the sweatpants/socks/sandals route that so many of us wind up defaulting into, kick back and let someone else run your errands for you. That’s right, you lazy bum. You can just text your grocery list to this magic number and the items will be delivered to your doorstep.

It’s not free, but for some, it will so be worth it

Now, just like any delivery service, there is a nominal fee involved. Although it’s not explicitly stated or advertised anywhere, it’s been estimated to hover around the 10 percent range. Picture it like a tip for the pizza guy.

But this is no normal pizza guy. This is like a personal assistant. Magic can book your flight, send flowers to your mom because you somehow forgot her birthday, buy you front row tickets to the Harlem Globetrotters, or schedule you for a haircut (yeah, you need one).

Guys, I understand that there is an actual operator on the other side of my screen who is making this stuff happen. And I understand that it might be a bit more expensive than doing it myself (isn’t everything?). But the service is called Magic, and there’s a certain allure to that. And if you’re comfy enough on a rainy day, you certainly don’t want to go pick up the pancake mix we both know you want to use for dinner. Text “MAGIC” to 83489 and thank me later.

Or have Magic do it for you. 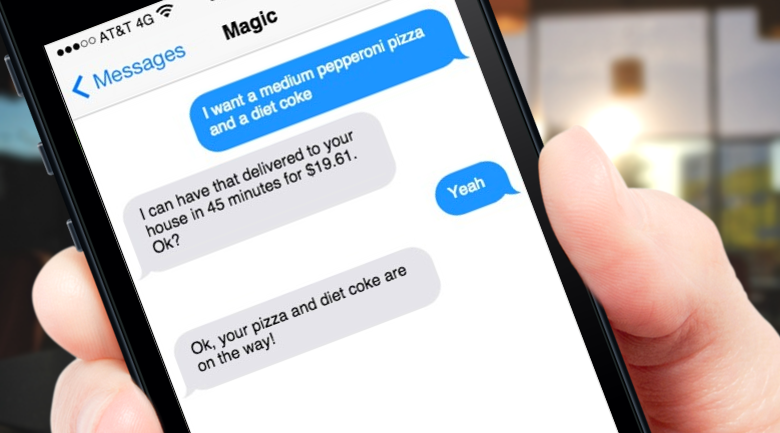