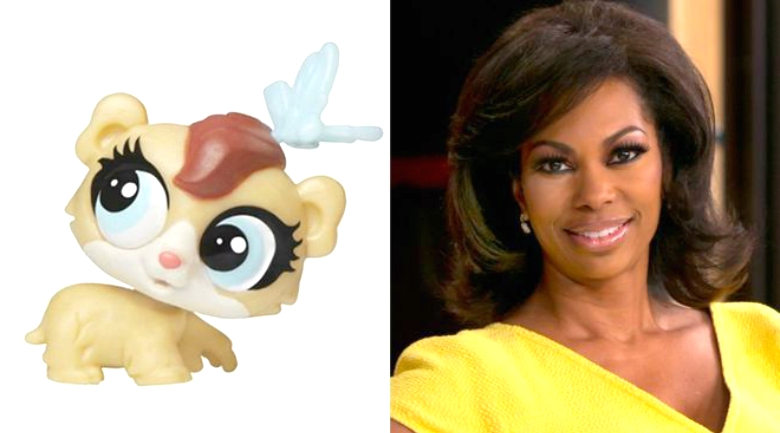 What if a rodent toy was marketed with your full name?

Harris Faulkner of Fox News is suing Hasbro toy manufacturer for a lively five million dollars after they have refused to remove a controversial product bearing her likeness from their shelves. Hasbro, a company known for toy franchises such as Transformers and My Little Pony, allegedly used Faulkner as a model when creating a Littlest Pet Shop hamster.

The toy in question is said to mirror aspects of her physical appearance, such as skin color, make-up style, and eye shape.

Faulkner’s requests were ignored by Hasbro

A surprising amount of this controversy is based around several non-crucial items: is the toy a choking hazard (in response to Faulkner’s assertion that it is)? Does Faulkner have a right to be as offended as she is? And, of course, does the toy actually resemble Faulkner?

This kind of waffling is typical of such an event, but amidst all the side jabs and joking, we seem to have lost sight of the real issue: at some point, Harris Faulkner was subjected to some degree of pain and suffering, which could be detrimental to her career and personal life. The fact that a lack of respect for Faulkner’s demands to cease and desist accompanied this turmoil just drives the point home.

Harris Faulkner has been quoted as calling the toy “demeaning and insulting,” as well as commenting on her status as a professional reporter. She clearly has worked hard to become a respected professional in her field, so this kind of press is, indeed, bad.

This is yet another instance of disrespect in a long run of women being torn down and humiliated because of their success, and as such, the only acceptable solution suggested by the lawsuit is the removal of the toy from production and distribution, and fair compensation for Faulkner’s distress.