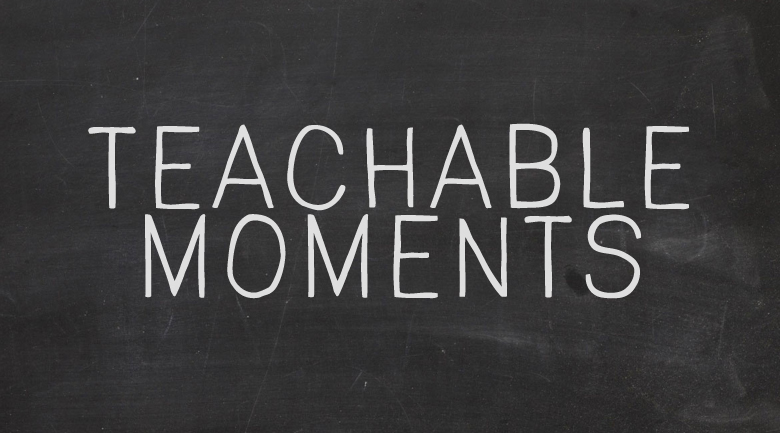 Big brands that step in it publicly often grab headlines, and while your company may not have the same reaction from the public, there are moments in recent history that we can all learn from. When making a mistake, some companies handle it very well, while others ignore it, hoping it will disappear, but more frequently, public relations flubs are bad from beginning to end.

Let’s take a look at eight public relations snafus and see what we can learn from them, no matter if you are a solopreneur or operating with hundreds of employees.

A new lawsuit alleges that despite confirming accommodations in advance, a disabled Delta passenger was forced to crawl down the plane’s aisle, down the aircraft’s stairs, and across the tarmac to get his wheelchair, and when it happened yet again on the return trip home, he was simply offered a piece of cardboard to slide on to avoid dirtying his clothes. As if that was the problem. The case has not yet gone to court, so we’ll see how this shakes out, but true or false, Delta has some work to do to repair their reputation.

Lesson to learn: by empowering your employees to have proper decision making power, doing the right thing will outweigh a fear of liability or lawsuit, and could ultimately help you to avoid an embarrassing lawsuit and keep your name out of the negative headlines.

Read also: What to do when customers threaten to post negative Yelp reviews

This summer, a young Taco Bell worker posted a prank photo of himself licking a stack of taco shells, ultimately resulting in his being fired as the photo went viral and fans expressed outrage and fear that they would be victimized by being served licked taco shells. Taco Bell sent an expected and standard press release about how they handle safety.

Lesson learned: Brands must train all employees what the logo and brand name mean and how using words or images that are trademarked can lead to negative attention to the brand and put the reputation of a company at risk. Kids understand social media, but not the professional reputation management portion of it, so make your trademarks a part of training without threatening – simply help them to understand how taco licking in uniform is bad.

Recently, a Golden Corral employee shot a video of food being “stored” near dumpsters then asked the company for cash to keep the misleading video hidden – they did not, so for people who did not follow the story all the way through, there may now be a belief that the buffet destination could make them sick, although the food was being thrown away, not stored.

Lesson learned: From the time the company was threatened to the time the video went viral, they had ample opportunity to respond, yet their website and social networks didn’t mention the situation, which is where people now flock to discover how a company has responded. When something bad happens at your company, especially when you’ve done nothing wrong, stay on offense and speak on your own web properties about what happened, otherwise only one side of the story is told and you look like you’re sitting on your hands.

When a fertilizer plant exploded in West, Texas, killing 15 people, news crews flew in from around the world to tell the gruesome story, eventually becoming politicized (should regulations increase or not?). The West Fertilizer Plant did little to respond to the public, only issuing a press release through a third party, falling short of what they could have done without exposing themselves to liabilities.

Lesson learned: Although federal, state, and local governments are well prepared for disasters, the private sector is not, as proven by the response by the West Fertilizer Plant owners. While your company may not be in the position that it could actually blow up, all offices are vulnerable to violence and chemicals, so using FEMA’s readiness website, any company can at least have a basic plan in place. Additionally, when fatalities are involved, being as humane as possible is the name of the game.

More reading: Manti Teo crisis proves the value of your own story

5. Paterno family proves how not to manage a crisis

This spring, Joe Paterno’s family went on a media blitz which they clearly managed themselves as they attempted to defend their loved one in the public eye, making strange accusations and absurd claims.

Lesson learned: there are times when you should just be quiet. If separating yourself from the emotion of the situation, launching a public blitz is a bad idea. Sometimes going public and being aggressive in your defense can fuel your adversaries, so if it is emotional, really weigh what you have to gain by coming out swinging.

Earlier this year, Maker’s Mark announced that they would be diluting their formula, but when fans protested, they reversed their decision, treating it like a crisis rather than a mistake, and all with little explanation. At a mixer last month, we overheard someone stating at a bar, “you know they dilute that stuff, right?” even though it was unfair and inaccurate.

Lesson learned: when announcing you’ll be offering less to your loyal customers, be prepared to respond and if you reverse your decision, be even more prepared to launch endless campaigns to dispel any myths about your brand. It’s hard to announce anything that could disappoint fans, but doing so can be graceful so long as consumers are well informed.

7. ExxonMobil proves how to fail during a crisis

We know, we know, everyone likes to tell you to fail often and/or fail faster, but sometimes a failure is just a failure, as is the case in a spring surprise for Mayflower, AR residents who woke up to crude oil flooding their neighborhood after a pipeline burst. ExxonMobil and the government jumped into action, but their response to journalists fell short. One Exxon official stated, “If you have been harmed by this spill then we’re going to look at how to make that right.” Is that enough to help assuage the situation for devastated homeowners?

Lesson learned: When your company is so guilty that it hurts, your positioning better reflect the nature of the situation. “We’re sorry, guys, okay bye” doesn’t compare to a heartfelt response that is jam packed with details – how something happened, what you are doing to make things right, what the future holds, and how people can directly contact you for deeper details. Your crisis may not be as devastating as an oil spill on land, but it could still impact and upset your customers.

8. Airbnb responds with grace and elegance

A few years back, Airbnb grabbed headlines as one user’s home was destroyed by a renter – the renter stole her credit cards and passport, “pillaging” her home. The user then alleged that Airbnb attempted to keep her quiet, meanwhile another user came out to tell a similar story of destroyed property, stolen identities, stolen goods and meth pipes left behind. Airbnb scrambled and responded with a detailed, wonderful apology taking fault and adopting their “commitment to trust and safety” program which offers a $50,000 to cover Airbnb users from loss or damage from theft or vandalism by another Airbnb guest, and doubled the customer support team, opened a 24 hour customer hotline, a review team for any reports, added verified profiles, and made the CEO’s email public, and verified profiles.

Lesson learned: many times gurus advise to just say you’re sorry and move on, but we all know that is shorting the consumer. Learning from your mistakes, owning them, and then actually making changes to your company is the greatest public relations move any brand can make.

In this article:crisis management, Public Relations