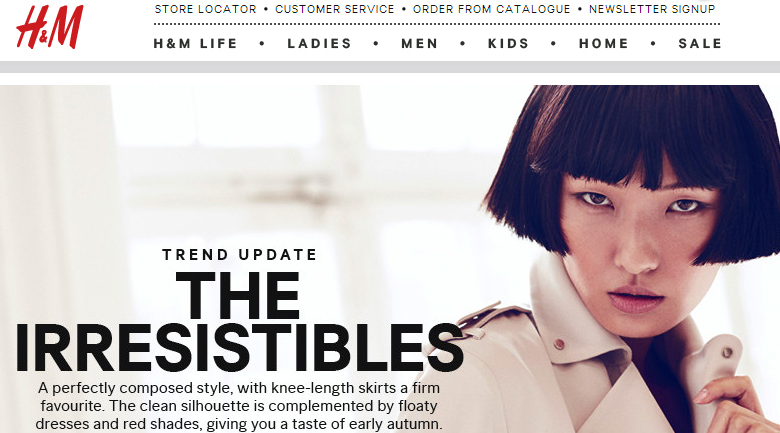 Once upon a time, there was this thing invented called the internet, a place where companies now flock to in an effort to sell their wares, but some companies, even big ones, are still about a decade behind. Enter H&M whose megafans are excited by rumors that H&M will finally allow American buyers to shop online for $2 tank tops and $12 sparkle sweaters, rather than finding a print catalog, entering the six digit code for each item, and using the web to basically submit a catalog order.

The delay in finding their way to the web baffles many, given that they have been selling online in Sweden since 1998 and that the demographic of the brand’s shoppers are figuratively glued to the internet at all waking hours. The missed opportunity may be no more as they go online, but the real reason is not innovation, but likely to keep up with Zara, their most direct competitor which has also made quite a splash in the states.

Businessweek reports that the H&M U.S. website will open in August to take advantage of their explosive growth in America, as they have over 300 stores now, no longer confined to the coasts. Zara has operated with online sales in the U.S. for two years, so H&M has some ground to cover, and Zara has some new competition online.

H&M was “late to the party” in the U.S., Richard E. Jaffe, an analyst with Stifel Nicolaus in New York told Businessweek. With the roll-out, “they need to be competitive from day one.”

There are two fascinating elements to this story: the expansion of European brands to America and the idea that even well established businesses may not yet be online. So no matter what stage your company is in, where you are headquartered, or what you’ve done to meet your demographic, even some of the biggest retailers can play catch up.