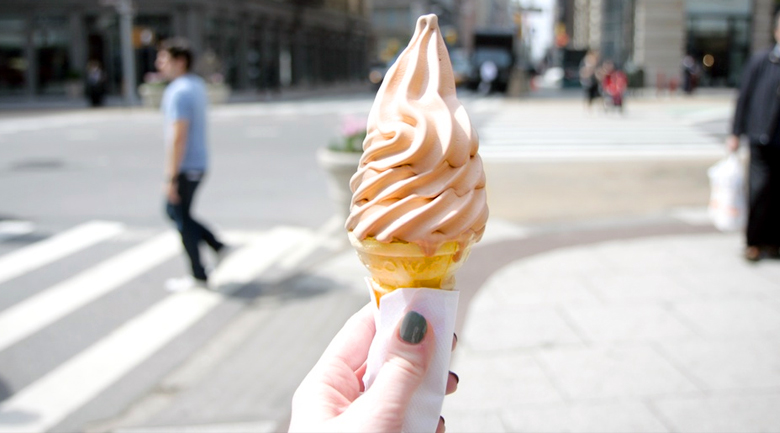 Listen business owners, or anyone who has a competitor – if you want to gain a leg-up on them, simply let your sales speak for themselves. No need to pull out a weapon or tear down licenses of the other guy. Seriously folks; I can’t make this stuff up.

A Mister Softee ice cream truck in New York City was selling their wares when another vendor pulled up in his Yogo frozen yogurt mobile in attempts to sell his froyo.

Both parties were arrested with charges including assault, auto stripping, criminal mischief, and petit larceny.

Who threw the first scoop?

It is unclear who threw the first scoop, however, witnesses report that the two men went cone to cone and not a one was backing down until the last sprinkle had been thrown.

Honestly, guys… I get turf wars. But, ice cream? Really? I know this goes deeper than the product they both were selling, but again… it’s ice cream.

So, Yogo wanted to check out Mister Softee’s clientele. Neato. That’s when Mister Softee should simply take the cue and do something legal that will set his product apart from Yogo. Like, perhaps, I don’t know… offer a discount?!

Here ya go Mister Softee… “Leave behind the Yogo. With me you’ll get Bogo! Buy one, get one free!” No need to thank me for that gem; it’s on the house. You need to save your marketing dollars for your jail bond.

UPDATE: as of February 2014, all charges were dismissed against the Yogo driver.