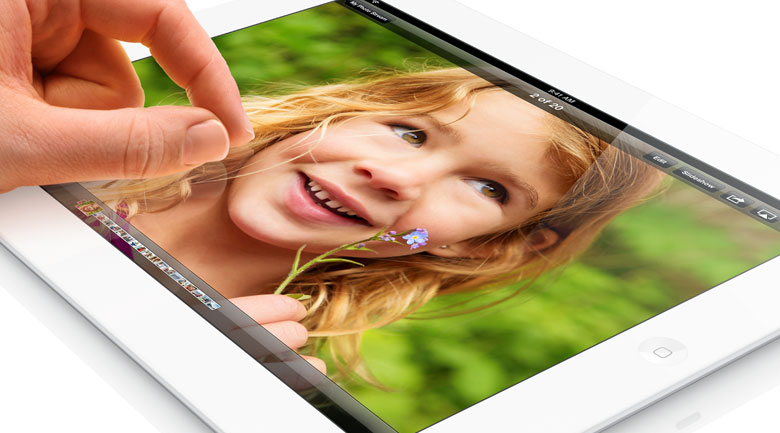 iPhones on sale, iPads on sale

As another sign of retailers competing for holiday dollars, Walmart is rolling back prices, putting iPhones on sale alongside iPads. The 16 GB iPhone 5 now ringing up for $127, down from $189, and the iPhone 4s ringing up for only $47, down from $87.97, making both devices more within reach for many. Additionally, the third-generation iPad is on closeout for $399, as announced on their Facebook page: 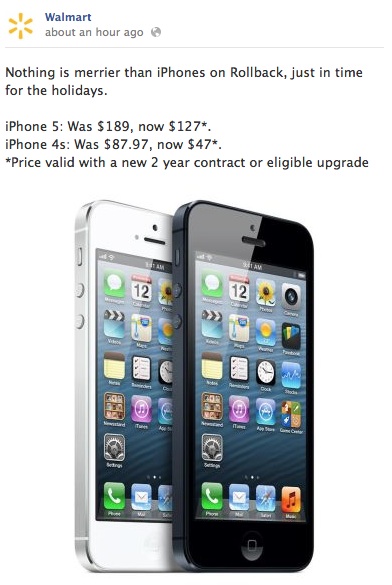 MacRumors noted the error in Walmart’s announcement of iPad pricing as seen above, originally announcing the latest device as the sale item, but a company spokesperson updated the tech blog, noting the error, adding that the sale item is the third-generation device.

Additionally, beginning tomorrow, Walmart is hoping to attract additional buyers by throwing in a $30 iTunes gift card bonus with any iPad purchase. The company is not offering rain checks on the Apple devices on sale, but assures consumers they will refresh inventory frequently.

‘Tis the season to be competitive, and big box retailers are pushing to be the preferred destination as consumers flock to the web rather than brick and mortar locations, as proven by competitive pricing on the iPhone 5 which is less than 90 days old.

RadioShack is also offering competitive pricing, offering $50 off all iPhone 5 and iPhone 4S devices, and an email coupon for a $10 credit on future purchases for every $50 spent before 2013. Although Walmart is reducing prices to compete, price matching is alive and well, with RadioShack likely to match any Walmart price offered on the devices.

It is not viable for small businesses to offer near-wholesale prices, nor is it possible to give away the farm, but we are seeing many co-branded efforts, and an extension of the “Small Business Saturday” movement in November as many sellers rely on the holidays as their most prominent season of the year.

In this article:iPad, iPhone, retail, walmart