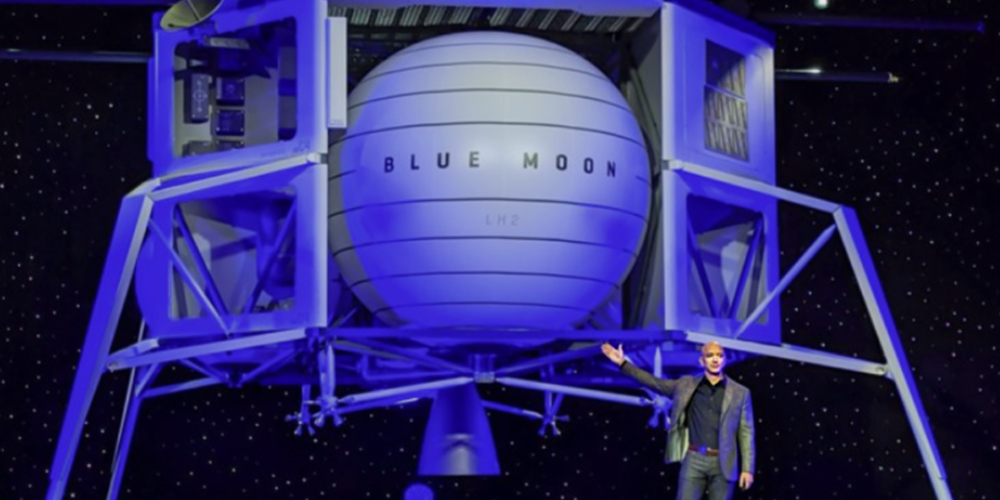 Amazon founder Jeff Bezos will no longer be Amazon’s CEO starting in the third quarter of 2021. On Tuesday, Bezos announced he is resigning and will hand the job over to Andy Jassy, Amazon Web Services’ CEO. Bezos will transition to the role of Executive Chair on Amazon’s board.

By stepping down, Bezos says he will have more “time and energy” to focus on “other passions” like Blue Origin, his space company. In 2000, the billionaire started the rocket company to make space travel affordable and easily accessible by using reusable launch vehicles.

Since the company was founded, it has yet to reach orbit and is lagging behind Elon Musk’s Space Exploration Technologies Corporation (SpaceX). SpaceX, which began two-years after Blue Origin, has already achieved some huge milestones.

Blue Origin has a lot of catching up to do, but, with more free time, Bezos might make sure the company moves full-speed ahead.

I mean, look at what he did with Amazon. In 1994, Bezos founded the multinational technology company. Since then, the e-commerce giant has grown into a trillion-dollar company. It has more than 1 million employees and millions of customers.

“This journey began some 27 years ago. Amazon was only an idea, and it had no name,” Bezos said. “Today, we employ 1.3 million talented, dedicated people, serve hundreds of millions of customers and businesses, and are widely recognized as one of the most successful companies in the world.”

There is no word about how much more involved Bezos will be with Blue Origin, but the company already has things to look forward to.

Last month, it conducted a successful flight test of its New Shepard capsule, and many more tests are, without a doubt, in the company’s future.

Even before the pandemic, meetings where everyone was corporally present were becoming less frequent. With technologies allowing for Jim to “conference in” from the east coast and Judy to “video in” from the west, computer-mediated meetings have been becoming the norm for quite some time. This has become even more true over the last few years, both due to the pandemic and due to new technologies such as ZipMessage. What’s that, you ask? Let’s ask the expert. “It’s a video messaging tool made for replacing live meetings with asynchronous conversations,” explained founder Brian Casel in his tutorial video of ZipMessage.

The tool is designed to create video, voice, and screen conversations without live meetings. It’s described as async video messaging software, made for remote work.

First, Zoom fatigue is a real thing. ZipMessage states that “your team craves the space for the high-value deep work.”

Second, great ideas are bound to get lost in these spaces. It’s impossible to retain each item being shared, even if taking notes.

Third, email doesn’t fully cut it. Typed messages don’t always convey the full message. With ZipMessage, you can still type your thoughts, but you also have the option of recording a video and sharing attachments.

The conversation about that meeting topic is kept to one page in a back-and-forth, threaded format. Anyone with a link can join in on the conversation without anything to download, install, or sign up for.

This allows you to talk in real-time while giving the opportunity to go back and recap what may have been missed the first time around. In addition to conversation pages and the face/voice/screen/text options, ZipMessage offers intake forms and the ability to go public or private.

This isn’t only useful for communicating with your team, but it can be used to share information with customers, as well.