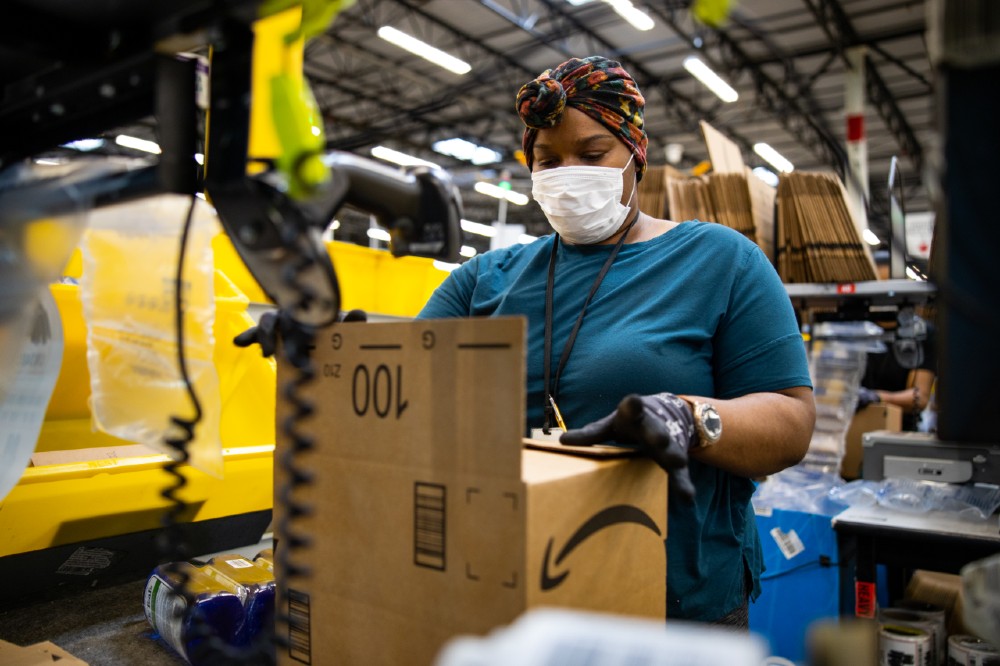 While Amazon claims it has taken serious measures to increase facility cleanings and encourage social distancing measures at its fulfillment centers, workers nationwide feel the tech giant’s response to the coronavirus pandemic has been inadequate.

Workers have complained that Amazon has maintained standard work procedures such as fulfilling an hourly pack rate to meet customer demand, which can be used to track and reward (or demote) worker performance. Employees claim the metrics don’t allow them time to practice safe sanitary practices like visiting the bathroom to wash their hands after sneezing or coughing. They also raised concerns about standing meetings, where workers are gathered shoulder-to-shoulder to receive updates.

Many workers have also lodged concerns about lack of transparency regarding confirmed cases at their warehouses. Multiple walkouts have been staged after confirmed cases were reported and the warehouses continued operations. Workers believe their managers are not disclosing the real number of cases.

The following is a non-exhaustive timeline of employee unrest at Amazon, and some of the company’s reactions.

It is unclear exactly how many employees participated in each of the walkouts. It is unlikely that a protest by even 300 workers of the nearly 300,000 Amazon employees would have a major impact on production, or Amazon’s practices, for that matter.

Amazon has made significant efforts to use its resources as a positive force in the pandemic. The Amazon coronavirus blog tracks its charitable efforts, including donating laptops to Seattle students for remote learning and opening a Neighborhood Small Business Relief Fund in Seattle, among many other charitable moves. Though commendable, how a corporation treats its workers reveals a fundamental truth about its priorities.

According to Forbes, Jeff Bezos is the richest man in the world with an estimated net worth of $145.1 billion. Amazon recorded $280.5 billion in revenues and a record $11.5 billion in net profit in 2019.

One New Jersey warehouse worker has been on unpaid leave since March 13. Rachel Belz told Yahoo! Finance that she elected to stay home when at least 12 workers at her warehouse tested positive for the coronavirus, fearing exposing her son and parents to the deadly virus. “Money is a renewable resource – they’re not.”

In this article:amazon, business news, covid-19, The News