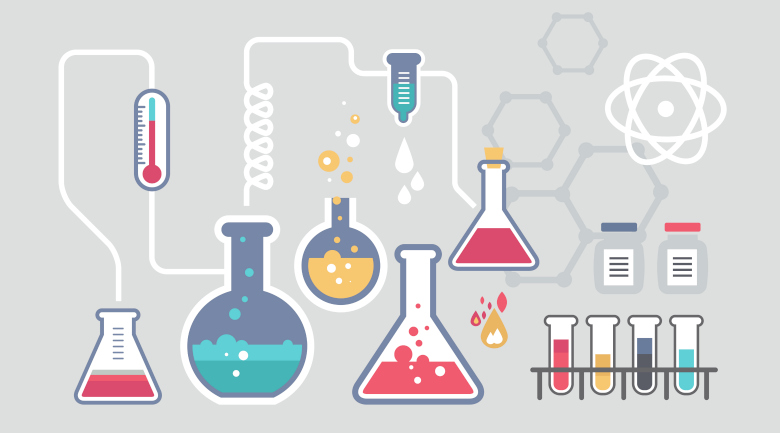 This could be as impactful as the discovery of penicillin

That’s the first thing that comes to mind when learning about the history-altering work of NIH scientist (for over 45 years) Dr. Richard Veech, a man the general public has probably never heard of.

Why haven’t you heard of him? Because he’s dedicated to science, not sales. So, what do scientists and entrepreneurs have in common? They both dedicate their lives to making a difference, discovering ways to make the world operate more effectively. But there’s an important cultural distinction between the two: Entrepreneurs’ success is tied to dollars, while scientists’ success is tied to discovery.

Remember how penicillin altered history? We might be at that moment in history again, but with a “ketone ester” drink invented by Dr. Veech, that has insanely widespread uses. Imagine a drink that could treat Alzheimer’s, Parkinson’s, diabetes, epilepsy, concussions, heart failure, all while helping elite endurance athletes break world records. Then, imagine that it’s a formula perfected over decades, but only now ready in an era where genetics is sexiest of sciences, so this liquid goes underfunded and underproduced. It seems too good to be true, but it’s not. It’s real.

Add to the issue of funding is an overly modest old scientist who said he would literally run if someone called him a hero for his work.

Next, toss in imitation products that use salt-filled caffeinated versions of Dr. Veech’s decades old, already discarded work and you might be left very confused. If a breakthrough sports drink and patient treatment exists, would anyone even believe it?

So what is this ketone ester?

Ketones are human’s back up fuel system that kicks in when humans starve, or at least run out of sugar. The body then burns fat to create an efficient ketone fuel. What many of the therapeutic uses (including Alzheimer’s) have in common is the brain’s blockage of the path to use sugar for energy, meanwhile ketones can bypass this blockage and simply fuels the brain.

Dr. Veech invented a way to bottle that fuel, in a fat-free and salt-free super FDA-approved concentrated food, not a drug. Ketosis is the metabolic state that uses ketones as a primary fuel source, but is mainly known by those that undergo an Atkin-like ketogenic high fat diet. This is drastically different because you get the benefits of ketones without the drawbacks of the high fat. Some call the fat-free version of ketosis, “Veetosis,” in honor of Dr. Veech, the doctor who holds the key to so many treatments.

The catch is that even though billions can be made from this invention, it is unbelievably expensive to make and there’s no funding for an older scientist that doesn’t schmooze. How expensive? For scientific purposes, labs can make a patented product, and for this exact ester they charge $60,000 per 25 mL serving, but with a newly discovered process and an investment, that could drop quickly to $20 a drink.

Absent a single investment, perhaps that can be done via the new world of crowdfunding (or rich, science-inclined geeky startup folks), so hopefully you’ll see Dr. Veech’s ketone ester on shelves sooner rather than later.

The path to the discovery has been long

Dr. Veech worked in 1966 with Dr. Cahill (the man that starved volunteers to prove the brain could run on ketones), and in 1969 under nobel laureate Dr. Krebs (if you took chemistry, you have definitely heard of the Krebs cycle). Dr Veech solved a problem which Krebs delegated to him. Krebs said he must be wrong, only to come back later to co-author the longest paper of Krebs’ career. It was the foundation for understanding why ketones work. Right now, our science geek readers get it – Dr Veech is a pretty big deal, and his work should be taken seriously.

Fast forward to 1995, Dr. Veech co-authored a breakthrough paper on how ketones change metabolism, and in 2000, a paper on Parkinson’s, Alzheimer’s, diabetes, and abolishing the effects of free radical damage.

In 2004, as part of a competition to find a new fuel for the special forces, the U.S. Defense Advanced Research Projects Agency (DARPA), gave a handful of groups $2 million each per year. Only Dr Veech’s group, including Oxford University partner Dr. Kieran Clarke, was left standing. They earned $10 million of total funding, resulting in an FDA-approved food. Who would have guessed DARPA’s role in potentially treating millions of patients with this new food?

A modest scientist does not a salesman make

Even a simple Oxford-approved boxing study to demonstrate ketone ester’s benefits for concussions hasn’t been picked up. One would think a football team owner might want to donate to prove a treatment backed by science that may bring a $20 million a year quarterback that has been earholed, back onto the field a few games earlier. Not to mention, the league could limit the potential liability around debilitating diseases plaguing players decades later.

So the path to the discovery has been long, but anyone we spoke to that was aware of Dr. Veech’s work sung his praises. The challenge is that the older sharp-tongued doctor is hyper-focused on his work, isn’t interested in fame, noting that it is “unseemly for doctors to promote themselves,” and that it is “not part of the job.” Times have changed, and modesty has been replaced by self promotion, as the driver in today’s world of discoveries.

Ketone esters have had success with human testing

In endurance sports, the ketone ester has been proven in a lab to increase output by up to 2%. That can be the difference between a gold and not placing. When tested on 19 elite rowers, there were nine season’s bests, five personal bests and one world record. Only one did slightly worse than the placebo test.

Meanwhile, Dr. Mary Newport was trying to treat her husband with Alzheimer’s and discovered Dr. Veech’s work while digging around in his 20+ patents. She was the author of “Alzheimer’s Disease What If There Was a Cure, The Story of Ketones” about her coconut oil therapy that naturally releases ketones, which she said turned her husband’s “lights back on.” Hundreds have written to her claiming similar results. Ultimately, her husband received Dr. Veech’s ketone ester for a few years and Dr. Newport said it was 10x more effective than the coconut therapy.

Think about that for a minute. The lights came back on! Why is the world not freaking out with excitement!?

Another believer in ketones and Dr. Veech is William Curtis. He has had Parkinson’s for over 15 years, and despite being on the common cocktail of meds, he had tremors, severe muscle spasms, and sometimes stared at the computer screen for hours, nearly frozen. With a little biochem in undergrad, he searched and came across Dr. Veech’s papers, emailed with the doctor, and sought alternative natural ways to raise his ketone levels (also referred to as D-bhb levels).

Dr. Veech told him that absent the availability of clinical trials with the ester, and as long as his primary care doctor approved, Curtis could try a high fat morning drink to increase his ketone levels. After some tweaks and fasting each night, Curtis says his results were stellar. He could concentrate for hours, spasm free, and was able to drive again. Dr. Veech has warned Curtis to watch his cholesterol and to stay on his meds. Curtis continues his routine today, shares his successes online, and plans to continue until the ketone ester is available in clinical trials.

This generation’s most significant medical discovery

The final problem is that scientists write papers and seek grants which don’t require a monetary return on investment; for many it’s just not in their nature to write a business plan and go to a bunch of pitch offs.

We believe that with billions being thrown at sciences like space travel, it seems that investors or Congress should be primed to pump a few dollars into a simple ester to treat a dozen common medical problems that impact all of us as individuals and is nearly bankrupting the country.

We will be following Dr. Veech’s progress (he even finally has his own website), and works as he blazes a path in the scientific community, and hopefully soon, the business community. It is our sincere hope that investors (both government, traditional, and non-traditional) “read the damn papers,” as Dr. Veech says, because we believe that he’s sitting on our generation’s equivalent of the discovery of penicillin. If not bigger.

UPDATE: Dr. Veech is now on Twitter so you can connect with him.