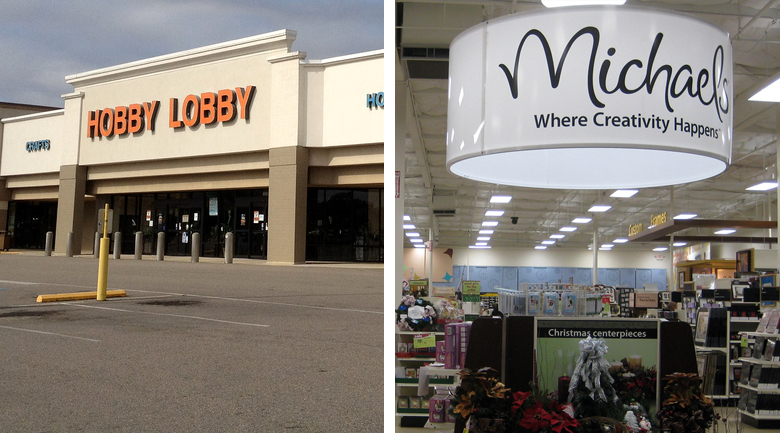 Recently, when a Hobby Lobby shopper asked where the Hanukkah holiday merchandise was, despite being located in a neighborhood with a large Jewish population, an employee told the shopper, “we don’t cater to you people.” It immediately went viral online and at first, the chain didn’t react, but ultimately Hobby Lobby President, Steve Green released an apologetic statement indicating they would investigate.

The Anti-Defamation League has accepted the apology, and Hobby Lobby has said they would do better to stock Hanukkah items and be more mindful of the feelings of their Jewish customers “and friends.”

Some took it as a war against Hanukkah, especially given the time it took for the chain to respond, and many believe the damage is already done.

Blogger Laura Northrup tells the tale of a Jewish woman who confronted Michael’s for the very same issue – a lack of Hanukkah merchandise. She wrote directly to the President of the company and got a response.

The woman said, “A couple of years ago I was surprised to see that the enormous Michael’s near me — in Los Angeles — had zero Chanukah crafts/decorations/supplies/etc. I figured they must be there (that store is enormous) and I just wasn’t seeing them. So I asked a couple of clerks, both of whom just sorta shrugged and said that yeah, they didn’t have anything. Did I mention this was in Los Angeles? They don’t call it Jewy Jewtown for nothing. We’re here. There are a lot of us. We want Chanukah crafts and decorations!

Anyway, I went next door to Target and found plenty of stuff. And then I sat down and wrote a letter to the president of Michael’s, stating my disappointment. A few weeks later, I got a phone call from a senior VP. He apologized. He told me that they did indeed stock Chanukah items, and that they were actually not pleased with how poorly they’d sold that season. He surmised that the store I visited needed better stocking and better employee training, and told me they’d get on it. He even gave me a gift card for a future purchase.

I couldn’t ask for anything more – an acknowledgement, an apology and an incentive to continue shopping at Michael’s. They kept my business. Sounds like Hobby Lobby will have a harder time of it.

Hobby Lobby has said it will stock more items, but it got way out of hand. Was that the internet’s fault? Sure, it spread like wildfire, but the company could have taken to Twitter and immediately expressed outrage at the comment and like Michael’s, thank people for bringing it to their attention, and communicate how they would fix the problem. Validating human emotion is a tremendous business tool, and when not yielded, it can backfire quickly, as Hobby Lobby is seeing right now.

In this article:hobby lobby, michael's, retail