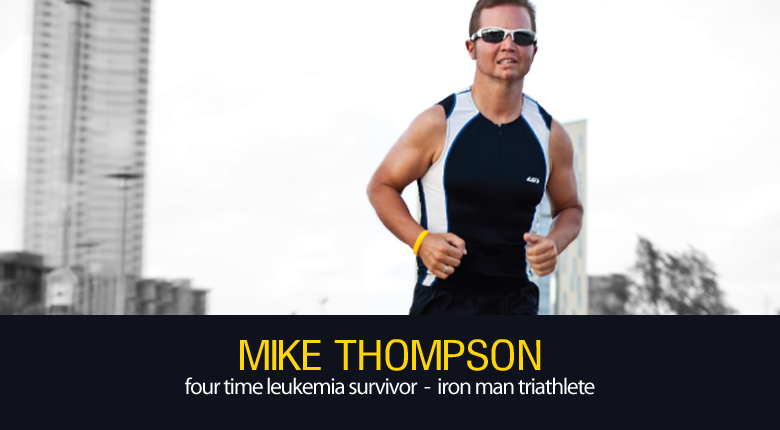 At age 10, Mike Thompson was diagnosed with a rare blood cancer that he battled for many years, fighting through pain, anxiety, fear, depression, two bone marrow transplants, and a 12 hour facial reconstruction procedure that used part of his fibula to replace his jaw after a tumor was removed. Fast forward to today, and “Iron Mikey” is a fourth time leukemia survivor devoted to not only raising awareness about cancer and cancer research, but has become a multi-sport athlete currently training for his next Ironman competition after competing in the IronMan Texas competition in 2011.

Currently, Thompson is participating in a video contest that could send him to compete in the Ironman World Championship in Kona, Hawaii in October. His video entry, entitled “Love for Life – My Own Finish Line,” has catapulted him into the finals where he will have to place first or second place out of the 15 finalists to secure his space in the competition. Voting (done by clicking “vote for this” under his video) ends on July third and one vote per day is allowed per IP user, and winners are chosen based on unique votes and view counts.

Thompson’s trainer, Steve Blackmon calls Mikey a butterfly, referencing not only his small frame and powerful internal engine, but his perpetual optimism, cheerfulness, and difficulty focusing. Blackmon joked that he often chastises Thompson for missing a training session or not uploading his workout stats because he’s out speaking about blood cancer research, or visiting with children in the hospital, alluding to Thompson’s massive ambition and dedication to the cause.

How Microsoft is helping to launch Iron Mikey into the finals

Three years ago, Albert Springall, a Solutions Manager for Enterprise Accounts at Microsoft joined the Board of Advisors at the Central Texas Chapter at The Leukemia & Lymphoma Society (LLS), and met “Iron Mikey” when he raced to raise money for blood cancer research. Later, Springall joined the Board of Directors of Go Mitch Go, a charity set up by the parents of Mitchell Whitaker who lost his 26 month battle with Acute Lymphyocytic Leukemia in September 2007, at the age of 10.

Go Mitch Go was born out of the Whitaker parents’ efforts during his illness to find ways to help and encourage other children with blood cancers and their respective families by organizing fundraisers, providing supplies, enlisting support, giving encouragement, and participating in many events sponsored by the Leukemia Lymphoma Society (LLS) and the Oklahoma University (OU) Children’s Hospital. Mitchell’s last words were “keep fighting,” which the family says has adopted since his initial diagnosis. The family’s goal is to raise one million dollars during their lifetime for blood cancer research, and are doing so by fundraising for research, supporting children and families battling the disease, and assisting the families in crisis.

According to the LLS, research is critical in light of research that reveals one person in the United States is diagnosed with a blood cancer approximately every four minutes. Springall consistently raises funds and raises awareness and encourages people to vote for Mikey or donate to Go Mitch Go to help families impacted by blood cancers.

Springall’s involvement in blood cancer research, the LLS, and Go Mitch Go culminated in the organization of a massive voting event in support of his friend, Mikey. On Friday, the new Microsoft Store in Austin, Texas was filled with supporters that were invited to the facilities to use the computers in a round robin type voting, wherein each person would log in to their Facebook account, vote, sign out, then move on to the computer to their right, since each voter is limited to one vote per day, unless a separate IP address is used. The Microsoft Store offered up 50 IP addresses, and all demo devices for attendees to show their support for Mikey’s bid at getting to the IronMan World Championship.

Goosebumps in the midst of so many people present to vote

Looking out over all of the people in the store voting for Mikey, he said it was giving him goosebumps just witnessing it, and was honored not only for their support, but because people were there because they were inspired. “There’s so much to be negative about- your team losing in the NBA finals, politics, and stuff going on in the world, and people don’t focus on the fact that there is so much to celebrate, like having food, and voting parties, or group work outs, or even the ability to watch dancing competitions on tv. These little things should be celebrated every day.”

Microsoft not only opened up their retail location in support of the cause, but offers all employees $17 per hour when they are doing charity work, which is donated directly to that charity, and matches up to $12,000 raised for charities by Microsoft employees, urging all employees to get involved in their communities and to help others, shedding light on a massive corporation’s often overlooked philanthropic side.

When asked if being a triathlete was part of Thompson’s long term plans, he said, “I want to do it for as long as I’m able. More than that though, I just want other people to pursue their goals. It doesn’t have to be a triathlon or run a marathon, or anything like that, it simply has to be something that makes them happy so they’ll pursue it and make dreams out of it, make goals out of it, and accomplish it.”

Thompson added that people should do anything they can to be happy, “because people like Mitchell would do anything to be alive with their family doing those things.” He tells supporters, “I’ve been blessed with an incredible amount of support from this campaign. Your words of encouragement have made me feel more privileged than ever to still be alive, and I’m eternally thankful for you. I love you all, and thank you for making this life worth living.”

If you would like to support Iron Mikey, watch, vote, and share his video here (or here for mobile viewers) once per day through July 3, 2012.
[ba-youtubeflex videoid=”ostdLIK7Z3c”] 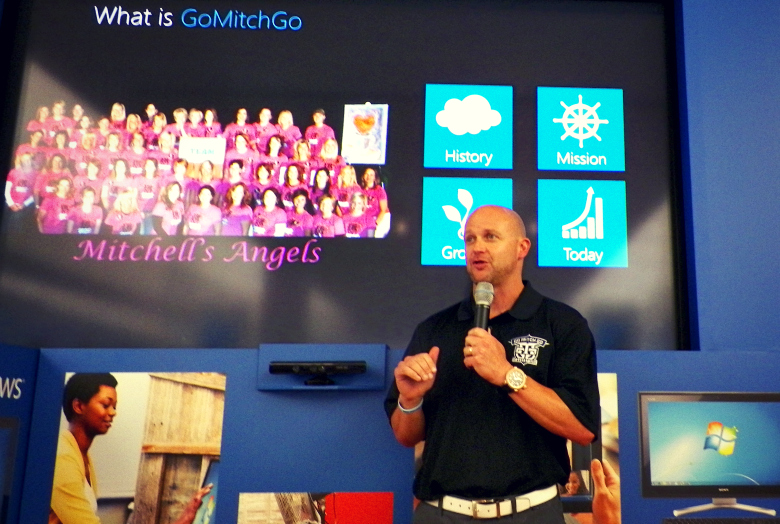 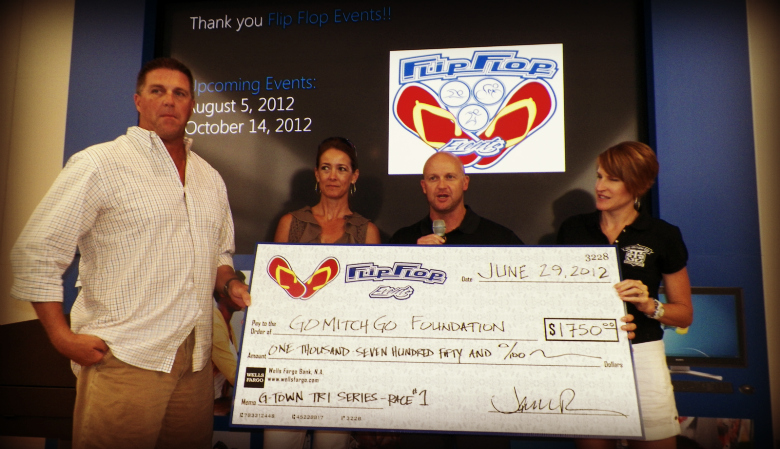 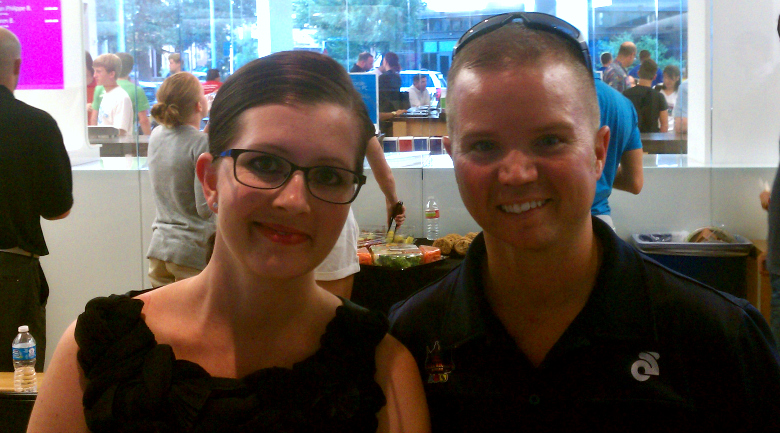 In this article:Corporate Responsibility, microsoft