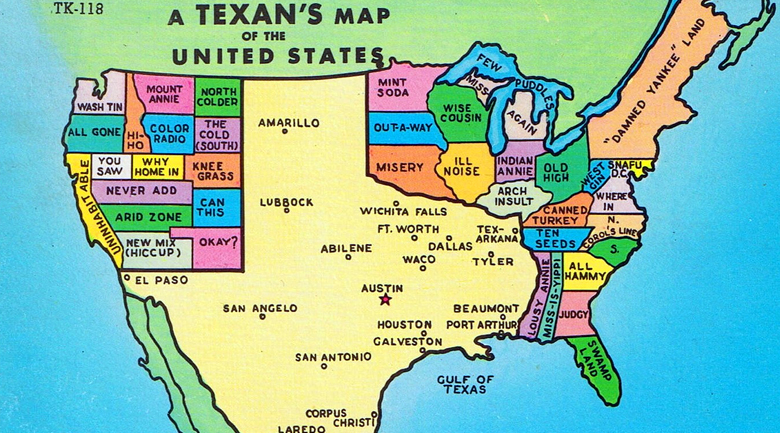 As validation for Texans’ vocal state pride(everything’s bigger in Texas), the state leads the nation in population growth, according to the U.S. Census Bureau which is reporting that eight of the 15 fastest growing large U.S. cities and towns are in the Lone Star State. Texas also stood out in terms of the size of population growth, starring five of the 10 cities that added the most people over the year. Ask a Texan, and they’ll tell you that they already knew that, of course.

Before we show you the data, don’t tell Texans that New York continued to be the nation’s most populous city by a substantial margin, with 8.3 million residents, but don’t worry, the fastest growing city is still in The Republic of Texas.

According to the Census Bureau, San Marcos, along the Interstate 35 corridor between Austin and San Antonio, had the highest rate of growth among all U.S. cities and towns with at least 50,000 people. Its population rose 4.9 percent between 2011 and 2012. Completing the top five nationwide were Midland and Cedar Park, both in Texas; South Jordan, Utah; and Clarksville, Tenn. No state other than Texas had more than one city on the list of the 15 fastest-growing large cities and towns. However, all but one were in the South or West. 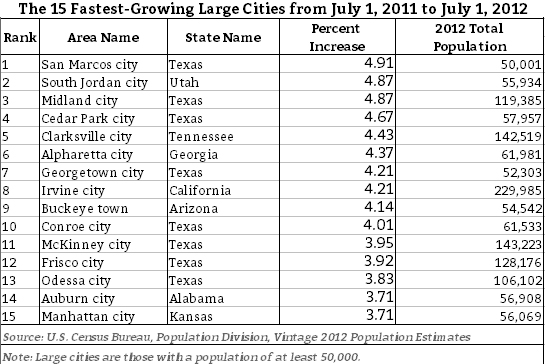 The Texas cities that added the most people included Houston, San Antonio, Austin, Dallas and Fort Worth. New York, the nation’s largest city, topped the list and was the only city among the top 15 outside the South or West. It added 67,058 people over the year. Three cities were in California: Los Angeles, San Diego and San Jose. 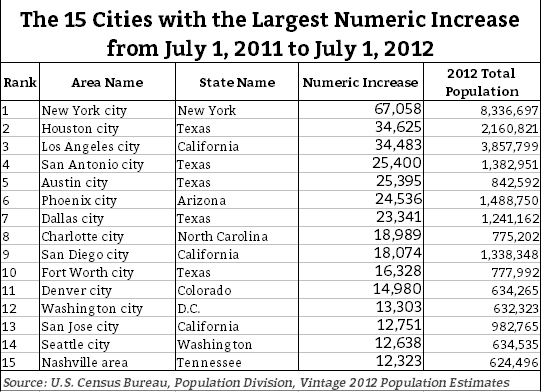 The Census Bureau notes that he composition of the list of the 15 most populous cities has remained unchanged since last year, with a few order changes. “Between 2011 and 2012, Austin moved up from 13th to 11th in total population, supplanting Jacksonville, Fla., while Indianapolis moved down from 12th to 13th. Texas and California each had four cities on the list in both years.” 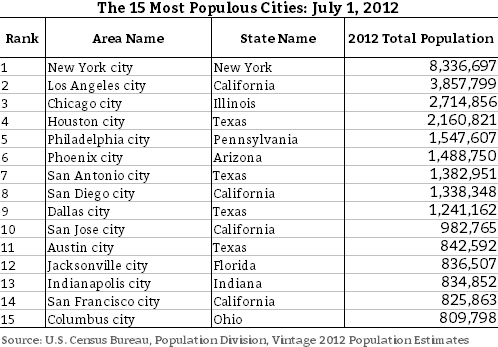 In this article:business news, population growth