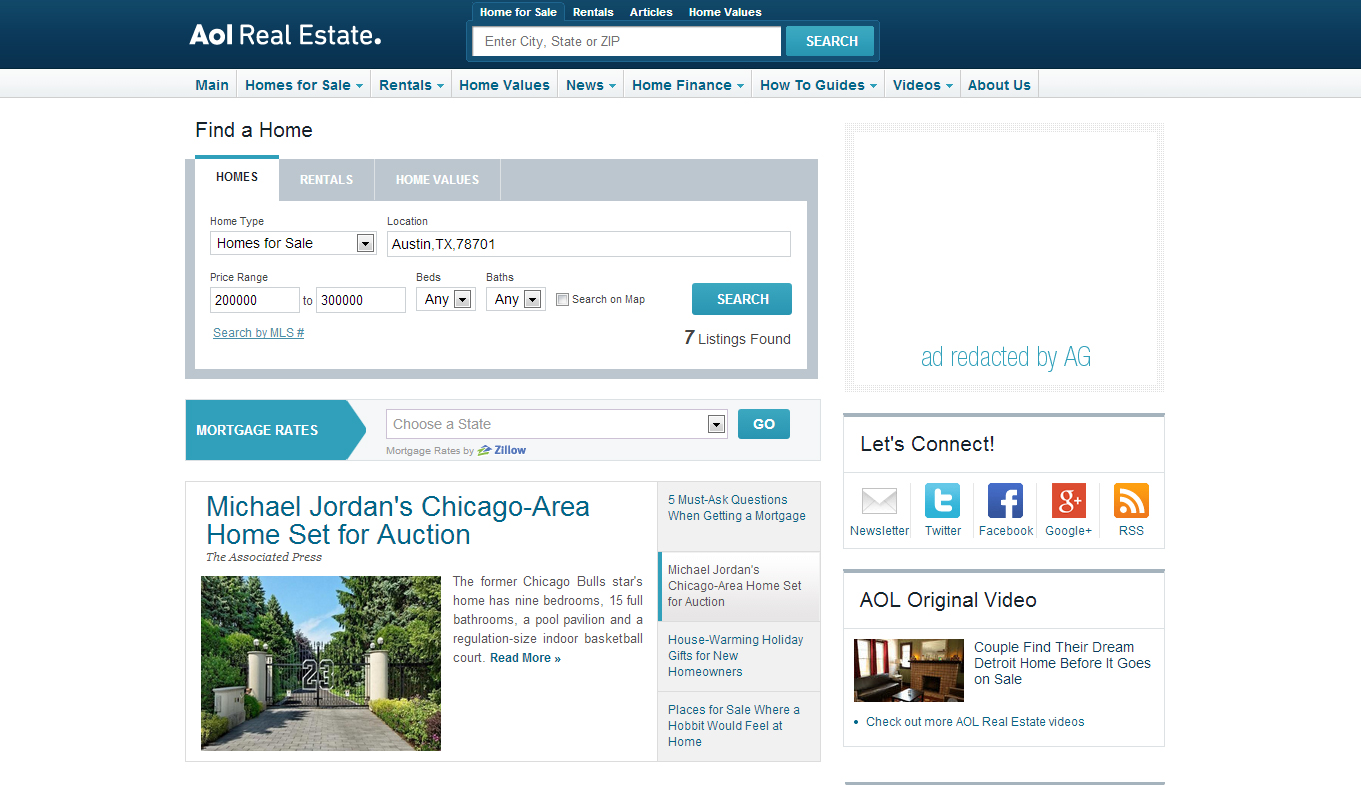 As of December 18th, 2013 at 8am PST, Move, Inc. (operator of realtor.com) and AOL will end their relationship, as they forged an exclusive agreement in 2011, with Move providing all real estate listings for sale across the AOL Real Estate site.

Sources tell us the decision is mutual and Move reports that “In 2014, Move will be focused on connecting more directly with consumers through realtor.com and empowering real estate professionals with the opportunity to engage more directly with consumers.” We have also learned that there has been a decrease in leads from AOL to Move, and since they charge for traffic, we suspect that Move was the cord cutter in this scenario.

Move also notes that they do not envision any business impact to their customers, as they have developed more traffic sources of late, including campaigns with the National Association of Realtors (radio and television), more content on realtor.com, site updates that have helped increase site traffic, and a heavy investment in reaching consumers directly.

Sources close to the situation tell us that realtor.com is not stressed, as visitors from AOL Real Estate only account for a “minimal” percentage of their overall traffic, and because recent research shows that actual buyers and sellers are more likely to use realtor.com than their competitors and that they produce more actionable leads than competitors. In other words, they’re not sweating it.

So what about AOL Real Estate?

We’ve noticed that AOL Real Estate editorial content has dwindled and they no longer create the wealth of original content they once produced, rather syndicating from Credit.com, The Associated Press, Zillow.com and others.

The site appears to still syndicate rental listings from ForRent.com, but they’re not exclusive – many of the listings are from HotPads.com which was acquired by Zillow last year.

Which brings us to what’s next for AOL Real Estate – did you notice one name pop up twice in the aforementioned notes? Zillow. We have confirmed with our sources that Zillow will, in fact, be the successor to Move, but either way, we suspect all parties involved are going to be completely fine with the new arrangements.