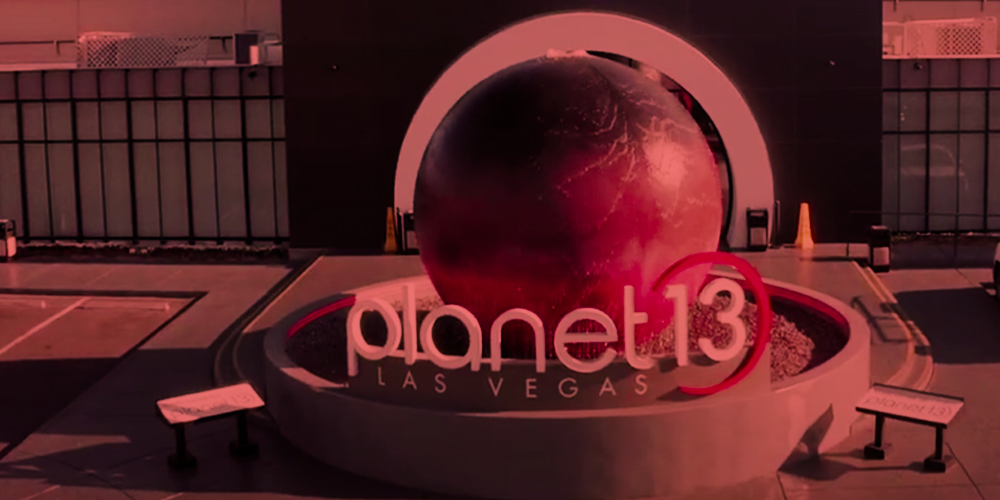 “One of our competitors said when we first opened: ‘just give it 6 months and they’ll be a Korean BBQ’.” Larry Scheffler – co-Founder and co-CEO of Planet 13 dispensary— recalled fondly to me last Friday. “We like proving them wrong.”

And though it’s already the largest dispensary in the world, it’s about to get a whole lot bigger this year.

For Scheffler, who seems to love just about every part of his job, the fun is just beginning.

A little history on Planet 13: As Las Vegas politicians, Scheffler and Bob Groesbeck – the other “co-” – got started in the cannabis industry right from the get-go of legalization. “We decided to get into it. It was more brains than guts, but we did it”, remembered Scheffler.

The two partners opened a small dispensary in 2018 that catered to Vegas’s 2.3 million locals, though the store faced considerable competition. After some thought, they decided to go big: why not make a superstore and entertainment venue for the 50 million tourists that come through the city each year?

By conducting zoning checks (dispensaries aren’t allowed to be within a mile of the Las Vegas Strip), Groesbeck was able to find the perfect location for Planet 13 right on the edge of the Gaming Corridor. Thus, Planet 13 became an inextricable staple on the Strip and has been excelling better than anyone had anticipated ever since – last month with Vegas at a 50% tourism capacity, Planet 13 saw 7.8 million in revenue, which is their second highest month to date.

With Planet 13 being the giant money maker that it is, I was delightfully surprised to learn that the superstore has been supporting Vegas locals during the pandemic.

“Before COVID, we only did about 14% locals but of course with COVID we had to turn around on a dime and do 100% locals, no tourists.” Said Scheffler, who told me that they were offering 20%-50% discounts to Vegas residents, as well extensive delivery options to those who need their medicine but can’t pick it up. “We have 27 vehicles and 100 drivers to make deliveries, and 24 people full-time on the phones to take orders.”

Besides the new expansion, which he anticipates to be finished by the start of Q1, Scheffler is focused on extending the Planet 13 model to new cities. As the more creative mind of the two partners (Scheffler ran a very successful graphics company for 42 years), he loves the challenge of coming up with individualized, innovative ways to bring his brand to different spaces. “I enjoy figuring out what works in a town, what the people like to see.”

At the end of the day, Scheffler is confident that Planet 13 will simply keep growing – he anticipates sales will double the moment tourism picks back up in Vegas, hence the expansion. He hopes every customer has as much fun with the shopping experience as he has in providing it: “I love it, It’s not even a job, it’s fun coming to work and creating something new every time”.

If you find yourself in Vegas and in need of some cannabis, food, or simply wild theatrics (there is no shortage of that on the Strip!), check out the massive, ever growing Disney Land-esque dispensary right at the edge of the Corridor. I sincerely doubt it will disappoint.

In this article:birthday, cannabis, las vegas, planet 13, The News