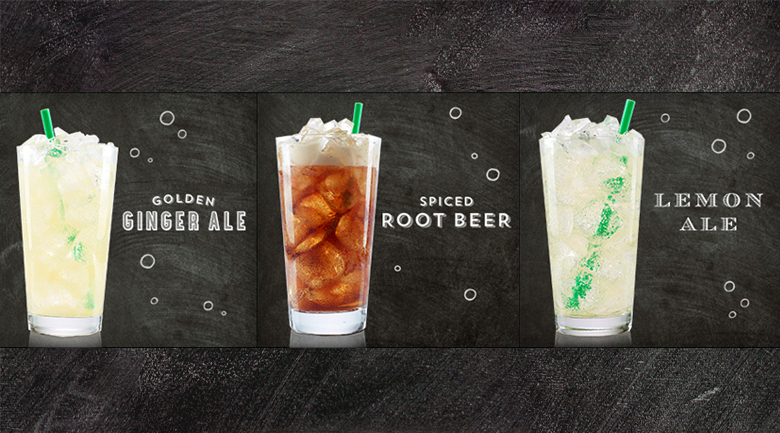 Starbucks is heading out into new waters as it begins testing hand-crafted soft drinks in select markets including Austin and Atlanta. The beverages – with flavors available in lemon ale, ginger ale and spiced root beer – are made by baristas on site with a carbonation machine in the hopes of bringing in consumers who aren’t heavy coffee drinkers or want to come in the afternoon or evening for something different other than coffee. As can be seen in some of Starbucks’ most recent campaigns, the company aims to meet consumer beverage needs at any time throughout the day.

The soft drinks are currently sold at prices similar to Starbucks’ coffee drinks, which could dissuade some consumers to try them. In the Atlanta test market, a tall soda retails for around $2.45 and a venti sells for $3.45. Because there are lower priced single serve options on the market that generally sell for $1 or less, the company will definitely have some competition in this space.

A logical next step

However, given that many consumers go to Starbucks for the social aspect of the brand, in addition to the product, it is likely to attract trials from those who frequent the stores regularly. The market is currently trending towards products that are of higher quality and freshly prepared, and although there aren’t any details around the ingredient list of these sodas, some consumers may feel more inclined to purchase a Starbucks soda if it boasts more exotic flavors than the competitors currently on the shelves.

Starbucks has already ventured out in offering flavored teas, juices and energy drinks, therefore soft drinks are a logical next step. Instagram reviews signal that Starbucks’ spiced root beer is a hit, and more reviews will likely surface as more time in the test period elapses. Although these are more costly than the average soda, this could be a good play for Starbucks if the taste and quality are at a high enough level to draw repeat purchases from consumers. Analysts say that if all proves successful, these could hit a national rollout as early as 2014.

In this article:handcrafted sodas, starbucks