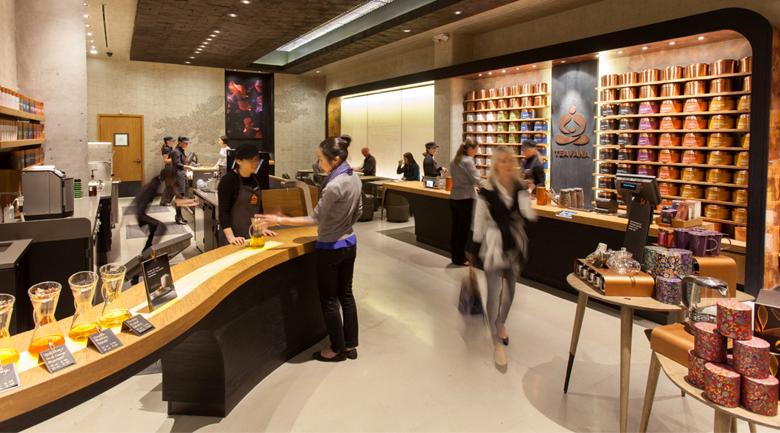 At the time Starbucks acquired Teavana Holdings, Inc. last year for $620 million, the company had 300 locations in North America and Kuwait, and upon acquiring the tea company, it was immediately assumed that in conjunction with their 1999 acquisition of Tazo teas, they were on the verge of launching a standalone tea bar to complement their coffee shops.

Tomorrow, their first such venture opens their doors, and with interiors as minimalist and gorgeous as Starbucks locations, the Teavana Tea Bar may choose from “a carefully curated assortment of handcrafted tea beverages, premium loose leaf teas, tea-inspired food offerings and beautifully made tea merchandise,” according to a Starbucks statement.

Read also: Starbucks is the world’s most buzzed about brand

Located on the Upper East Side, the Teavana Tea Bar answers to what Starbucks notes is a 16 percent interest in tea in America in just the past five years, a number the company is banking on growing. The Tea Bar will offer pastries, salads, gourmet breakfast foods, and other snacks, but not coffee.

Starbucks opened a Tazo tea store in Seattle last year and plans to convert it to a Teavana location that will open in mid-November, with no word on how many locations will follow – some speculate it may mimic the ubiquity of Starbucks.

“Tea has been a part of Starbucks heritage since 1971, when we were founded as Starbucks Coffee, Tea and Spices, and this new store concept elevates the tea experience in the same way we’ve done for coffee,” said CEO Howard Schultz. “As the second most-consumed global beverage behind water, tea presents a $90 billion global market opportunity, and we are excited to celebrate the first retail example of how our two companies are coming together.”

Although enthusiastic about the Teavana Tea Bar launch, Schultz told USA today that while he drinks Moroccan Mint Teavana at night, “nothing will replace my (Starbucks) French press Aged Sumatra in the morning.”

Photo tour of the Teavana Tea Bar in NYC: 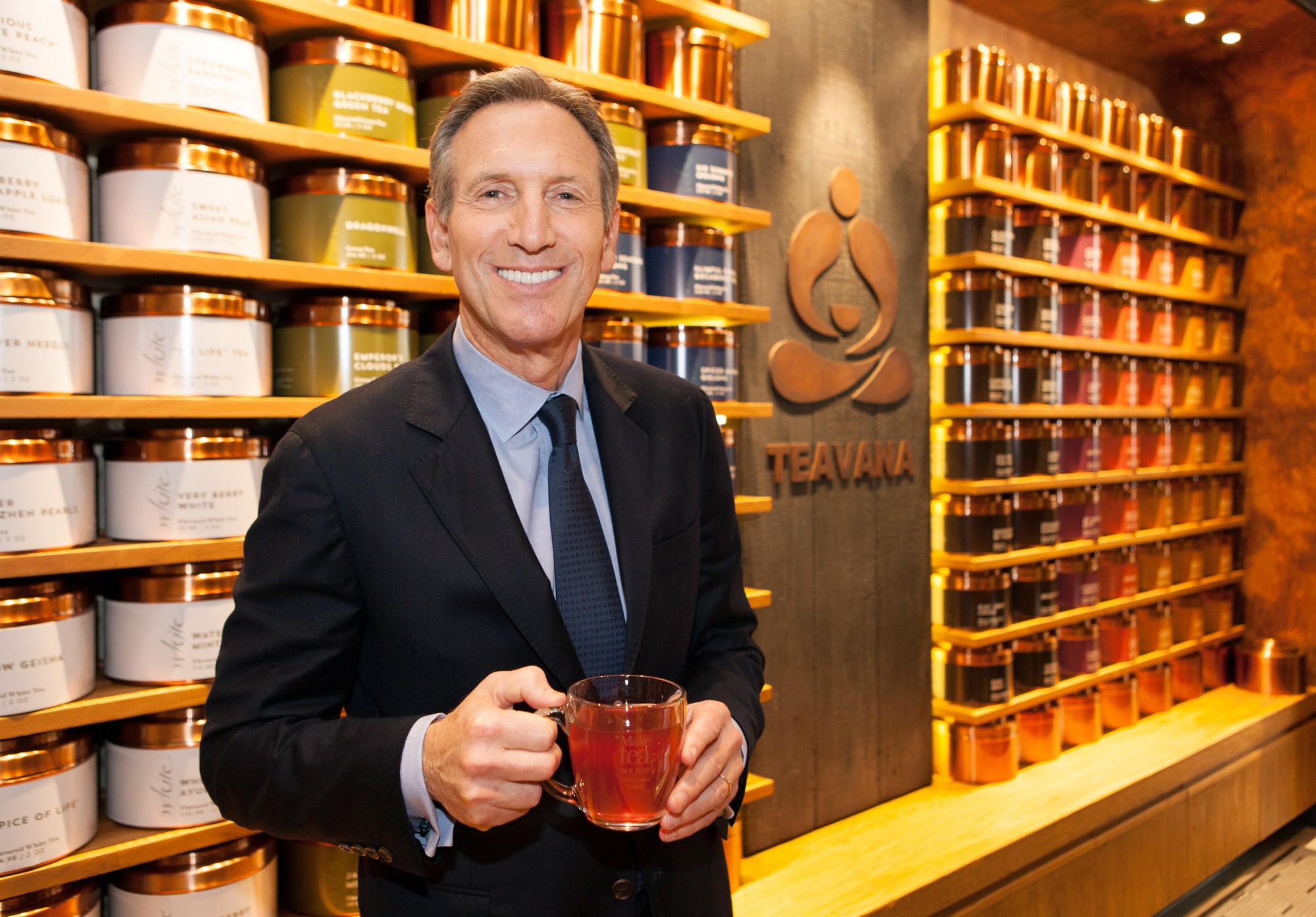 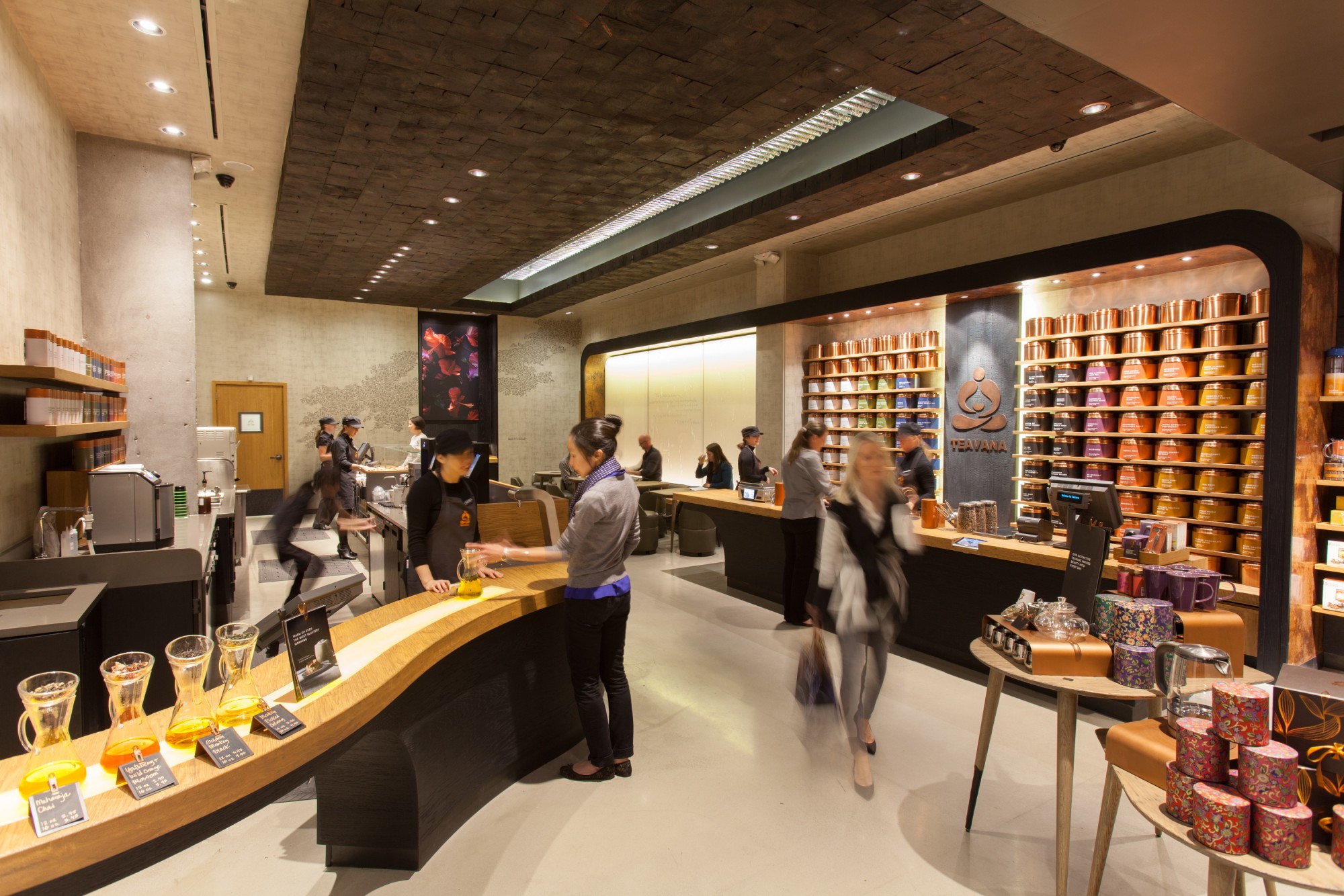 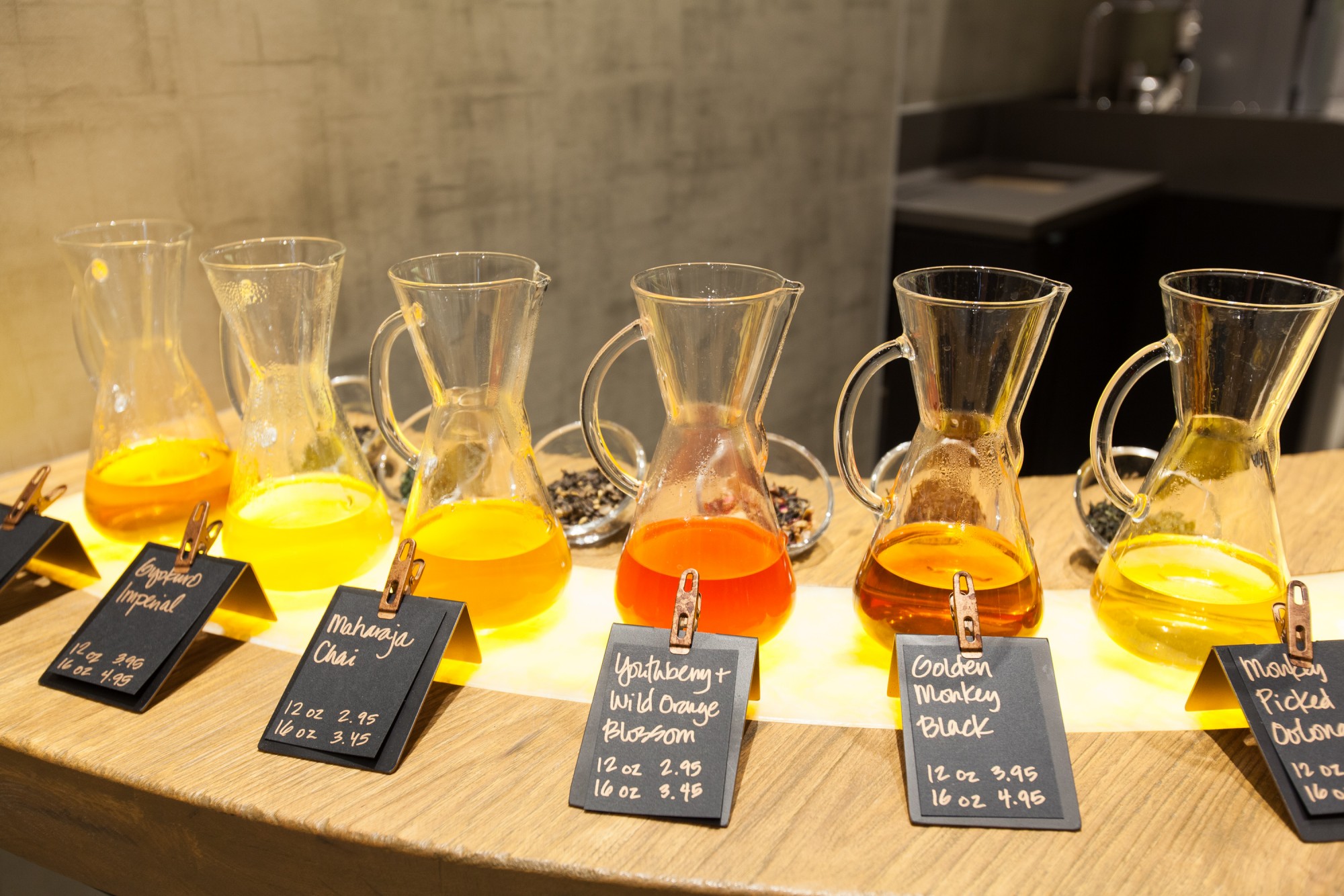 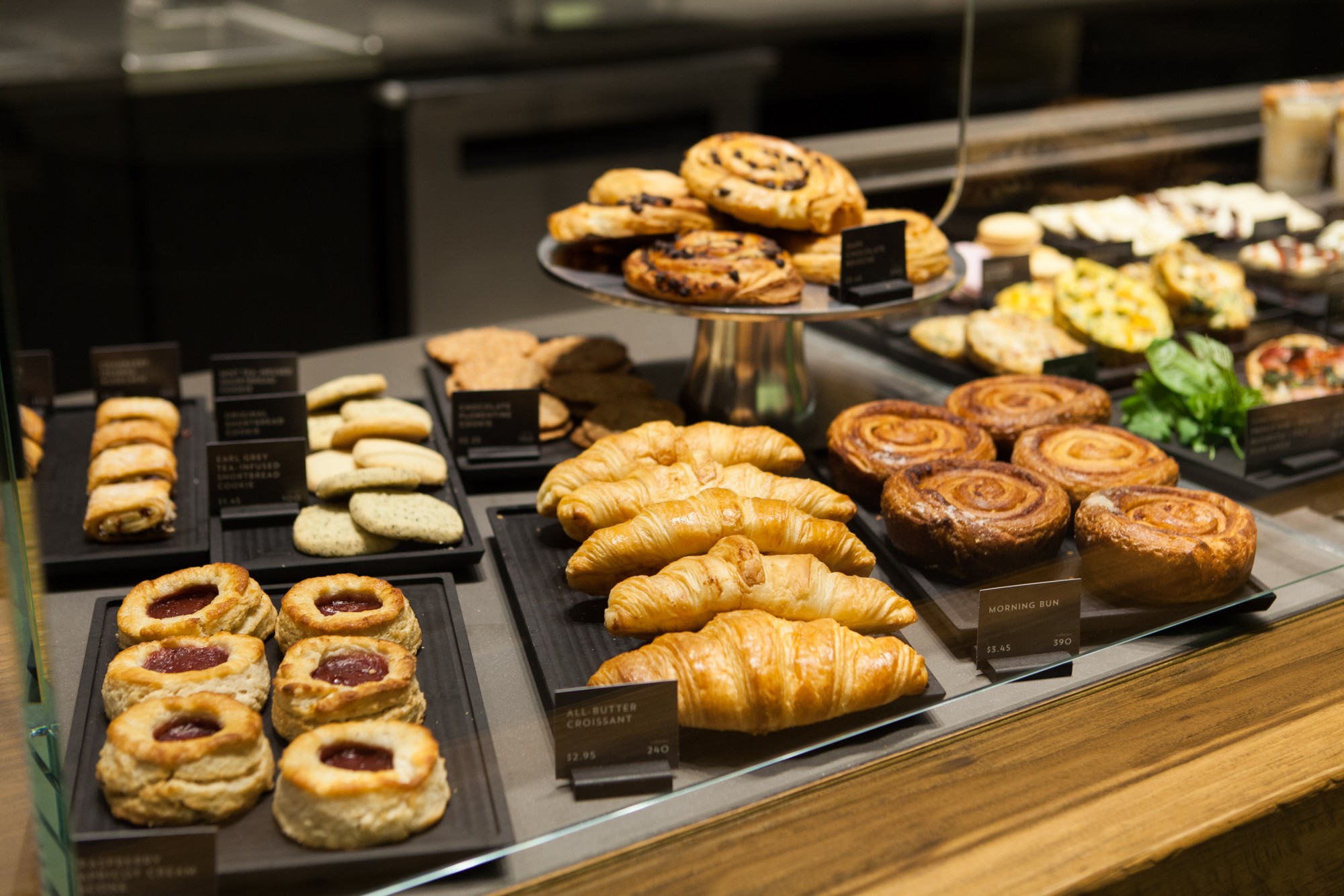 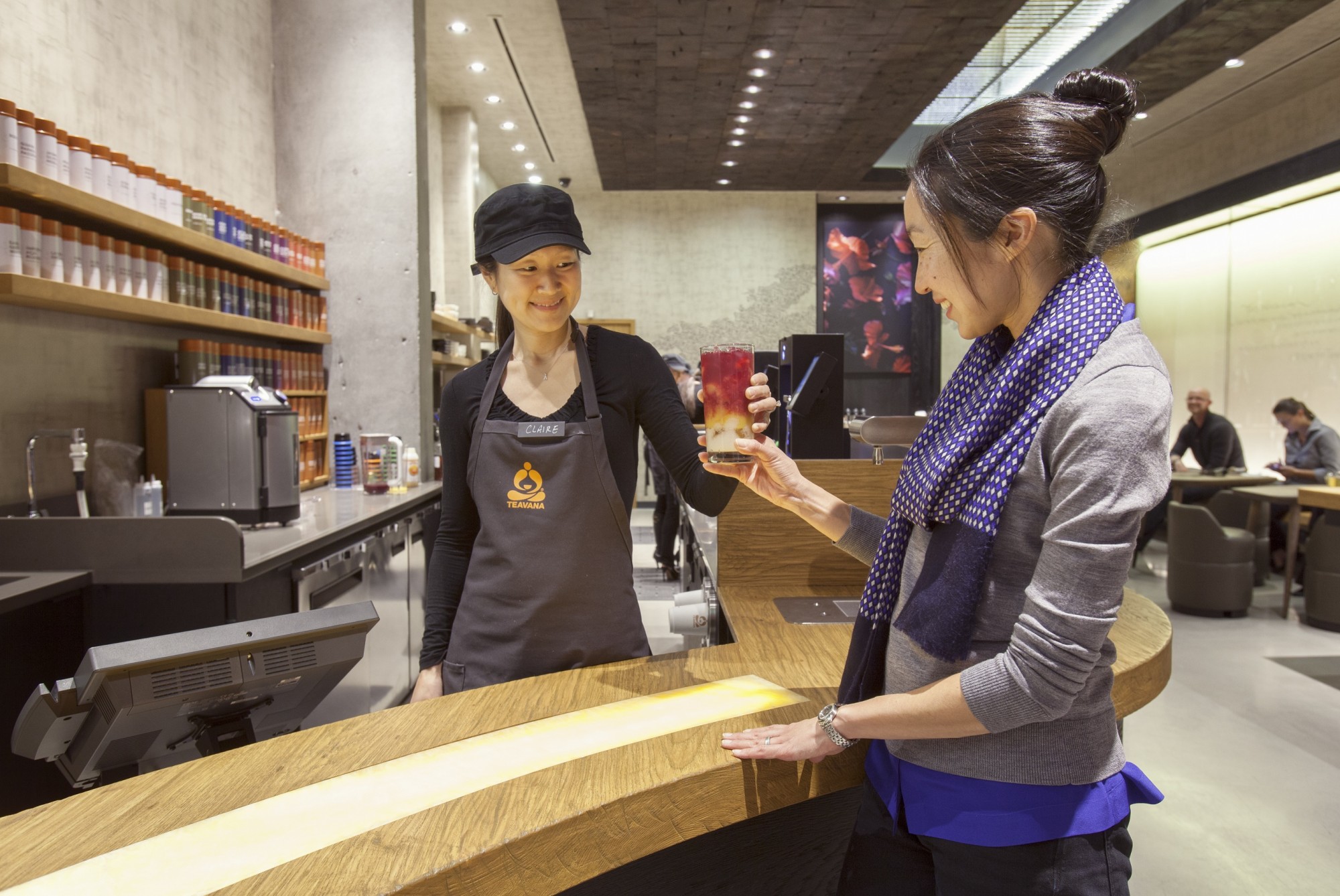 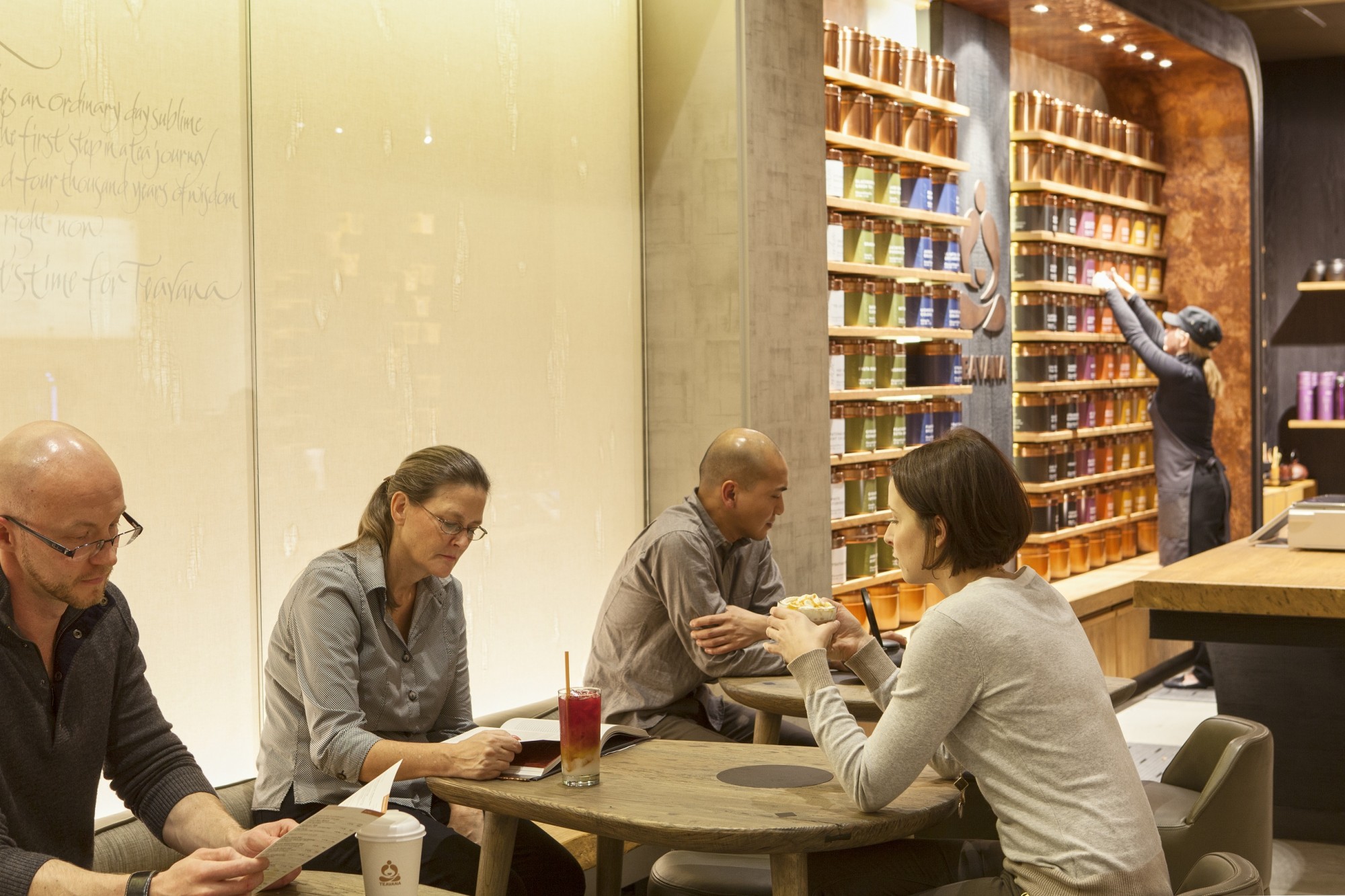 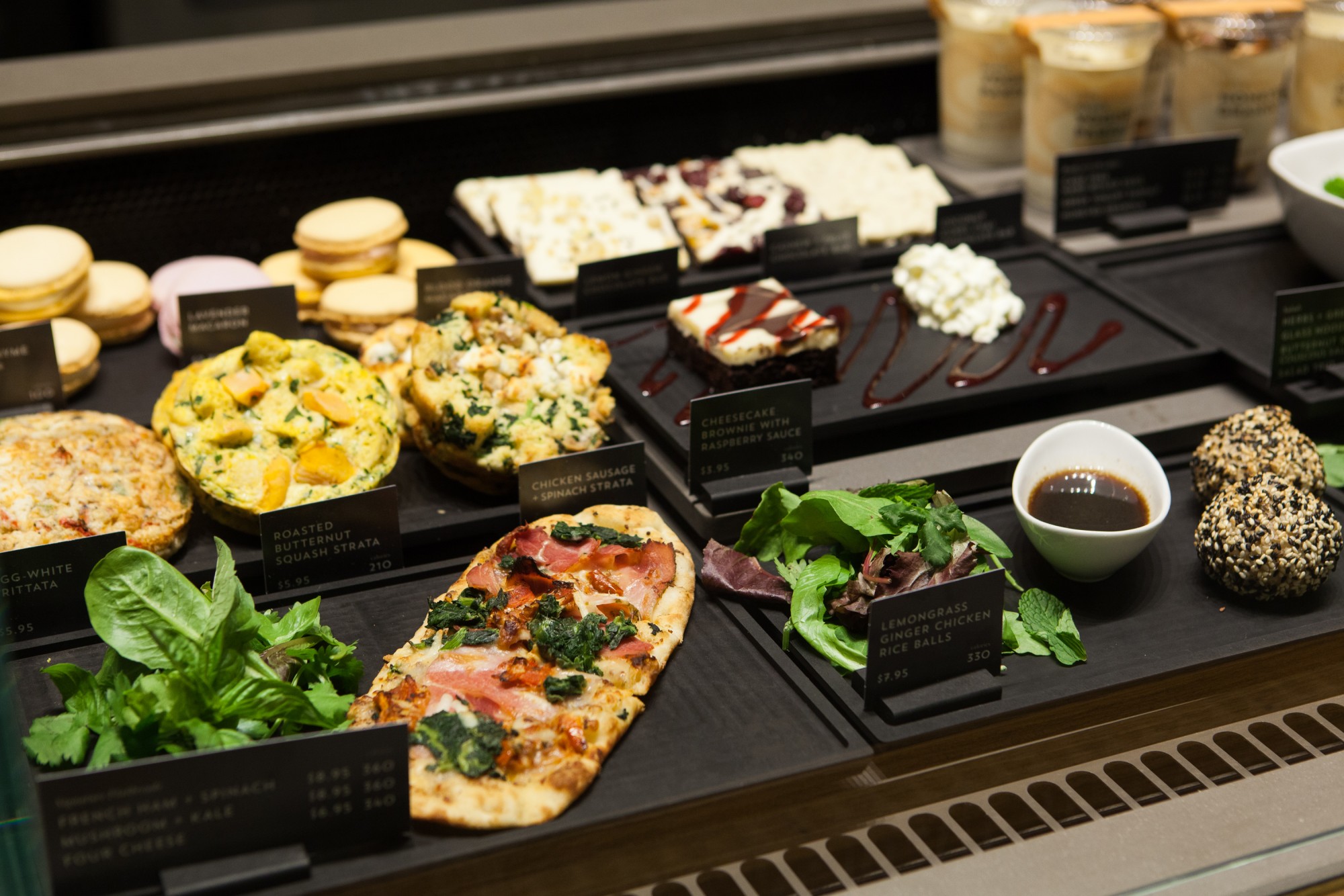 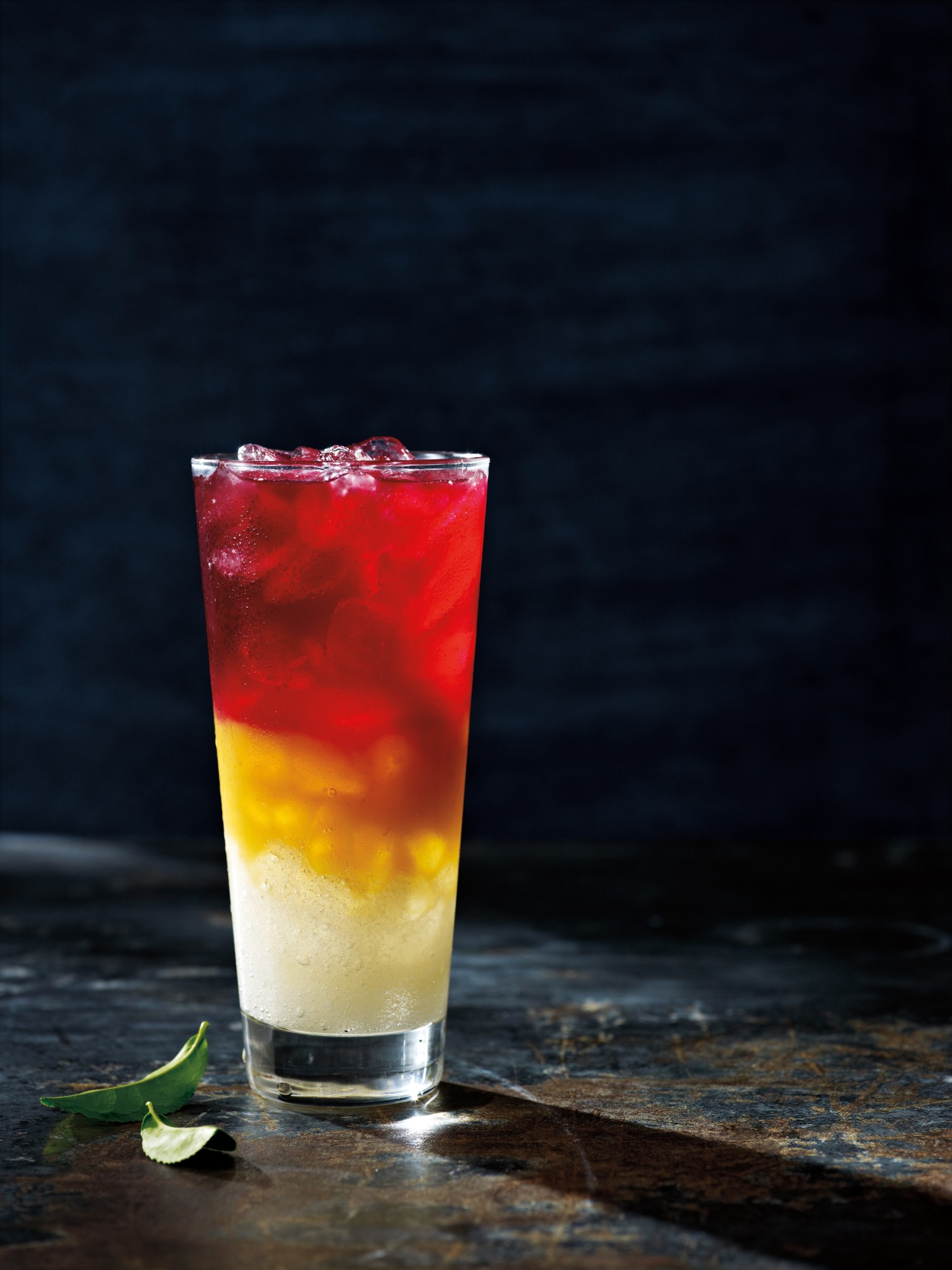