In a competitive recession, employers are frustrated that so many poor matches take up valuable interview time, and candidates are frustrated that a company is not what they thought it would be. With that in mind, ViewsOnYou is a website that calls itself the “first public/portable 360 review that showcases an individual’s top 5 personality traits for use in their online job search,” adding that it is an empowerment tool prior to interviews for companies and applicants alike.

Imagine walking into an interview knowing a company’s culture beforehand, and not just from a random news clip you read. On the flip side, imagine a candidate entering your office, and you’ve already learned how their personality traits fit in to your company’s culture.

ViewsOnYou Founder, Ab Banerjee, a former Director at PeerIndex says that “the age of LinkedIn recommendations as one dimensional, and too easily manipulated. Through spending five minutes to set up a ViewsOnYou profile via the Open Graph approved Facebook application, a user benefits immediately from a self-assessment, and goes on to understand more and more about their character traits as more persons close to them (we realise the FB vs LinkedIn is a whole other story) review them, AND they also benefit from the matching themselves with the hundreds of companies (from Google to Goldman Sachs, Microsoft to McKinsey) that have already been reviewed under similar criteria.”

Take for example the screenshot below that shows part of Amazon.com’s culture (click the image to view the live chart): 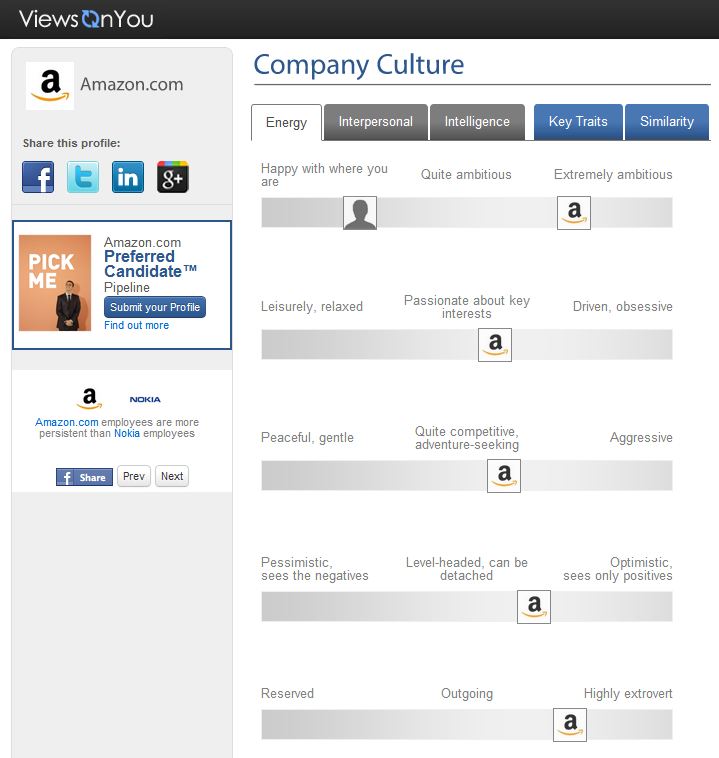 And when signed in, you can look at how your own personality traits match the company’s, or in the case of Banerjee below, you can see how you compare to other people, which is hugely advantageous for an interviewer and interviewee personally, or could be used by team leaders to assess their current team’s compatibility, strengths, and traits. 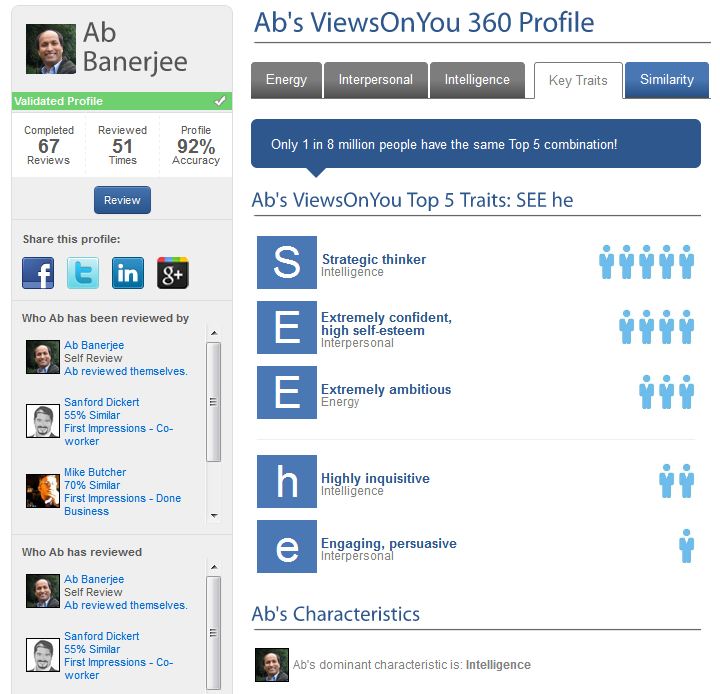 In this article:employment, Social Media, Technology