A noted executive notices a trend

Former Google and Apple executive, investor, and entrepreneur, Ellen Petry Leanse noticed something simple in emails she was receiving from female friends and coworkers, but not males, and asserts that the very word can inadvertently undermine one’s credibility.

“It didn’t take long to sense something I hadn’t noticed before: women used “just” a lot more often than men,” Leanse notes, adding that it’s a permission word that puts one in a position of subordinance, and is one used frequently by women. Could this be undermining women’s credibility in the workforce or in other relationships?

Rather than dissect Leanse’s position, we’ll feature it below and invite you to weigh in with your comments – have you noticed yourself doing this very same thing?

A few months into the three-plus years I spent at Eastwick, a Silicon Valley tech strategic communications agency, I noticed something: the frequency with which the word “just” appeared in email and conversation.

Everyone at Eastwick was whip-smart and wired for success. The culture elicited high standards, impact, and accountability. “Type A” set the tone, led by Type A-in-Chief Barbara Bates, a proven entrepreneur and hard-driving, don’t-mince-words business leader. So the frequent appearance of “just” somehow ruffled my feathers. It seemed inconsistent with clarity I experienced at Eastwick, and it made me curious.

I wondered if the high ratio of female to male employees had something to do with it.

I arrived at Eastwick directly from Google, which had a more traditional gender mix, and where I didn’t seem to hear “just” nearly as much. “It’s your imagination,” I told myself. Yet after a while I knew it was real: that “just” just kept showing up in too many emails, meetings, and conversations.

“I just wanted to check in on…”

“Just seeing if you’d decided between….”

“If you can just give me an answer, then…”

“I’m just following up on…”

I started paying attention, at work and beyond. It didn’t take long to sense something I hadn’t noticed before: women used “just” a lot more often than men. It was a hunch – I had no data. Yet even if it was selective listening, it seemed I was hearing “just” three to four times more frequently from women than from men.

It hit me that there was something about the word I didn’t like. It was a “permission” word, in a way – a warm-up to a request, an apology for interrupting, a shy knock on a door before asking “Can I get something I need from you?”

The more I thought about it, the more I realized that it was a “child” word, to riff Transactional Analysis. As such it put the conversation partner into the “parent” position, granting them more authority and control. And that “just” didn’t make sense.

I am all about respectful communication. Yet I began to notice that “just” wasn’t about being polite: it was a subtle message of subordination3, of deference. Sometimes it was self-effacing. Sometimes even duplicitous. As I started really listening, I realized that striking it from a phrase almost always clarified and strengthened the message.

And as I began to pay attention, I was shocked – believe me – at how often I used the word.

At Eastwick, people weren’t shy about coaching each other: we all worked hard to better our skills. So I let a memo fly about the “J” word and suggested a moratorium on using it. We talked about what it seemed to imply (everyone agreed) and how different that message was from the way we saw ourselves: trusted advisors, true partners, win-win champions of our clients’ success.

As a team, we started noticing when and how we used “just” and outing each other when we slipped. Over time, frequency diminished. And as it did we felt a change in our communication – even our confidence. We didn’t dilute our messages with a word that weakened them.

It was subtle, but small changes can spark big differences. I believe it helped strengthen our conviction, better reflecting the decisiveness, preparedness, and impact that reflected our brand.

Yet “just” still bugged me. Sure, I’d had my little experiment with friends. But I’d acted on a hunch, maybe right, maybe wrong.

So I ran a test in the real world.

In a room full of young entrepreneurs, a nice even mix of men and women, I asked two people – a guy and a girl – to each spend three minutes speaking about their startups. I asked them to leave the room to prepare, and while they were gone I asked the audience to secretly tally the number of times they each said the word “Just.”

Sarah went first. Pens moved pretty briskly in the audience’s hands. Some tallied five, some six. When Paul spoke, the pen moved…once. Even the speakers were blown away when we revealed that count.

Now, that’s not research: it’s a mere MVP of a test that likely merits more inquiry, but we all have other work to do.

Plus, maybe now that you’ve read this, you’ll heighten your awareness of that word and find clearer, more confident ways of making your ideas known. In other words, help take the “J Count” down. Take the word out of your sentences and see if you note a difference in your clarity – and even the beliefs that fuel the things you say.

It’s actually easy, once you start paying attention. Like it?

In this article:communication, credibility, leadership 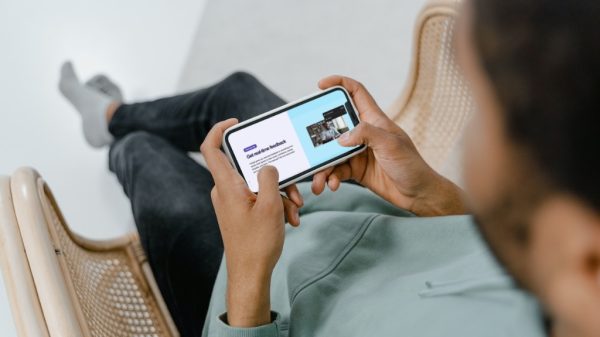